MILWAUKEE -- The task is daunting... Selecting among Milwaukee's lowest performing schools and putting a plan in place to turn those schools around -- all that in the midst of political and philosophical opposition. But one man has been tasked with leading that effort. He is Dr. Demond Means. 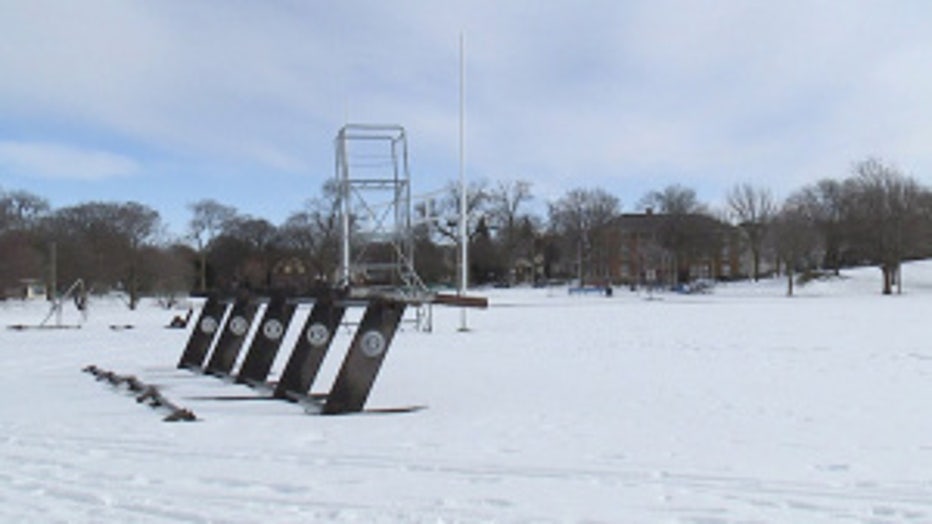 Dr. Means looks back fondly on the lessons he learned from his Riverside High School football coach Myron Cain.

"We would gather up at the end of practice at that goal post and he would make you run to the top of the hill," Means said. "That imagery of having to run the hill is something that stays with you because you just have to always keep working. And that's how I'm viewing this role as commissioner that there's going to be some challenges."

As Means told a group at the Milwaukee Press Club, the appointment was not expected. 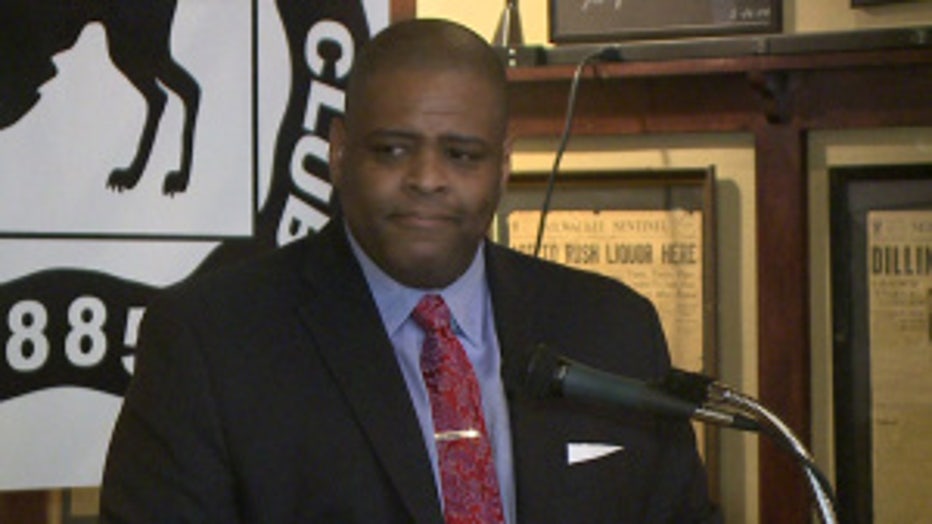 "When County Executive Abele approached me about the job, I was in shock frankly. I didn't think he knew who I was," Means said.

The two men have been working closely together ever since that appointment.

"I understand with this privilege comes a lot of responsibility. And at the end of the day, we're going to have to demonstrate that we've moved the needle," said Means.

But there is a lot of work from here to there -- drive and determination Means has. 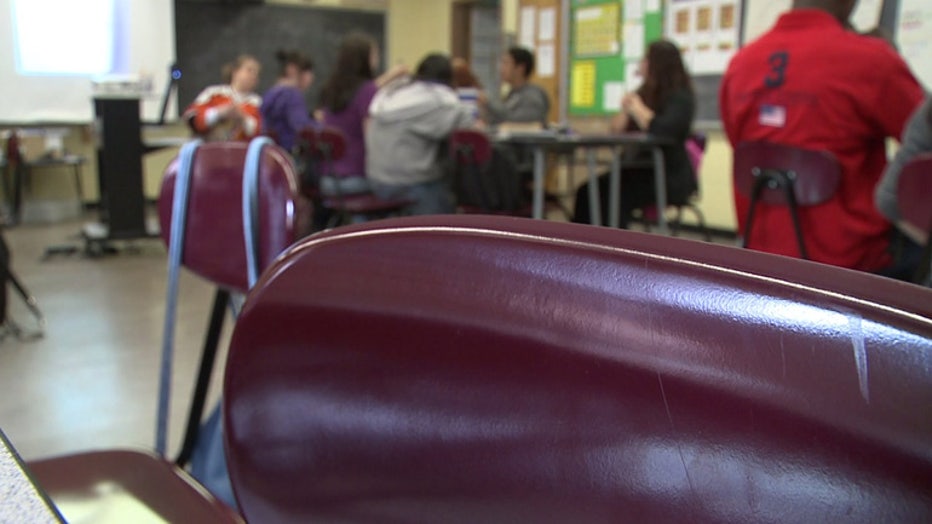 From his days at Riverside to his first undergrad education class at Concordia, when Means decided he wanted to be a superintendent of schools.

"In this society, in this country... The foundation for helping people and helping them get to their full potential is through education," Means said. 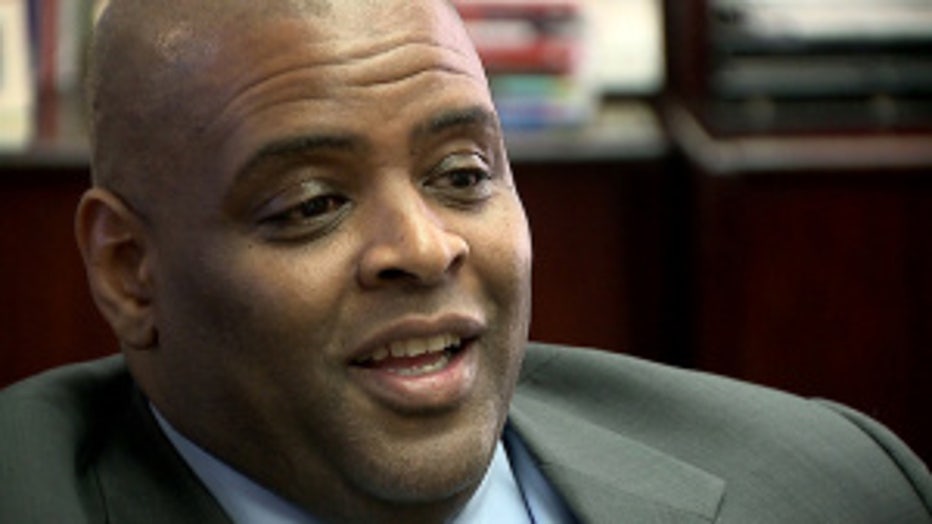 Means fulfilled his dream by becoming the Superintendent of the Mequon-Thiensville School District, one of the highest performing school districts in the state. It is also the district where Means did his student teaching and professional classroom teaching.

Although he is now a commissioner, Means retains his superintendent position.

"I'm loyal to Mequon-Thiensville and will always keep what we need to do to sustain our excellence as the forefront," Means said.

At the same time, the Opportunity Schools and Partnership Program is personal. Means graduated from a Milwaukee Public School, his wife is a principal in the district, his sister (a teacher) and his father once worked there.

"I feel like I have an obligation to reach back and help young people who are trying to get through that same maze."

"So, literally MPS put food on my table when I was growing up. MPS put me through college," said Means. "As an African-American student who matriculated and made it through the system here in Wisconsin, I feel like I have an obligation to reach back and help young people who are trying to get through that same maze."

So how will OSPP work? Under the law, Means has to do an analysis of all of the 55 MPS schools on the state's list of failing schools to determine which school or schools to incorporate in OSPP. The law says between one and three schools this year -- and up to five the third year. 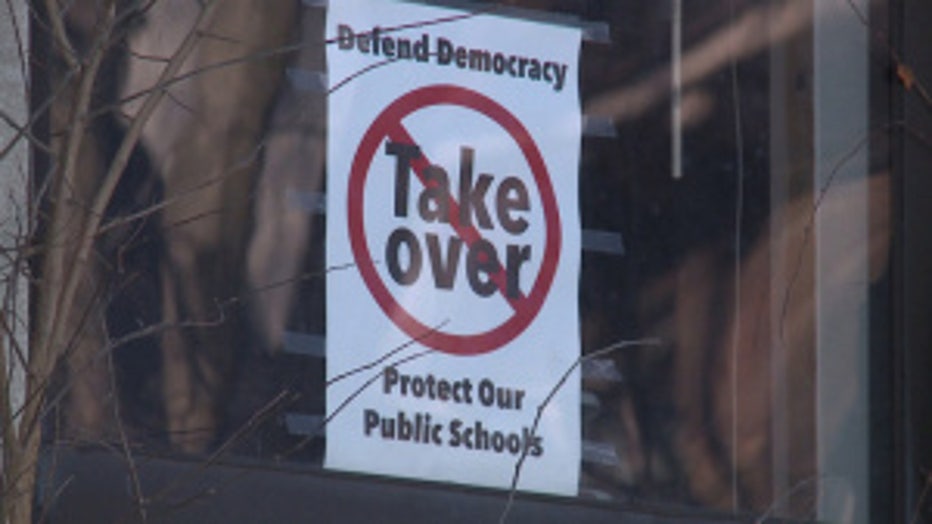 "At the same time, I have to, per the statute, develop something called "request for proposal," said Means. "To identify who will be the entity that will oversee the Opportunities Schools."

Critics call it a takeover. We saw evidence of that sentiment on some of the windows at Riverside High School.

Means tells FOX6 News it is not a takeover. He too is a proponent of tradition public education.

"I see a partnership. A true collaboration between myself and Milwaukee Public Schools," said Means. "I see an unprecedented number of resources  and wraparound services being deployed in some of the most depressed areas of Milwaukee to ensure that the external components for students are being addressed." 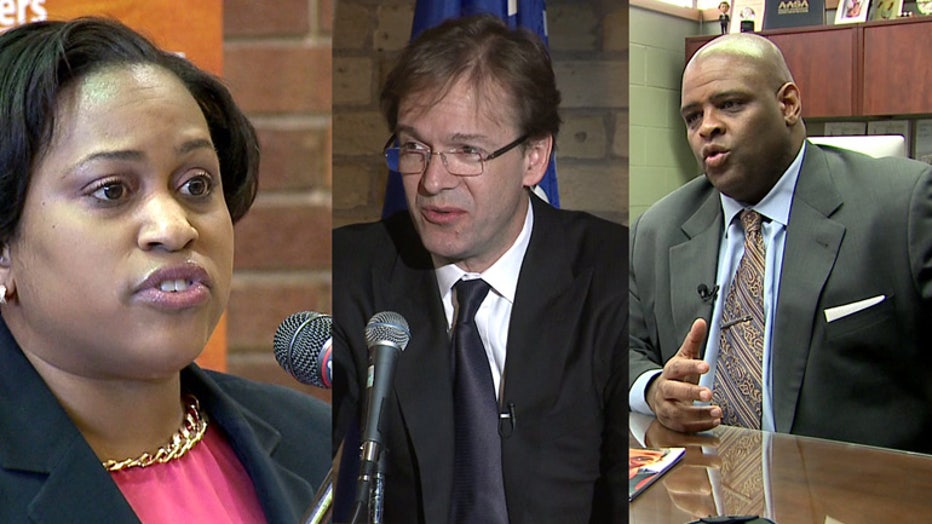 Means says the plan is in the making. He said he, Abele and MPS Superintendent of Schools Dr. Darienne Driver meet regularly. Listening sessions will be announced to generate public input -- and an advisory board is being formed. All of this is happening before an official plan is announced.

"We are going to do something different, something unique..."

"We are going to do something different, something unique, something bold to change the fortunes of these young people," Means said.

The cornerstone of the work for OSPP has already been laid through the work of the "Promoting Excellence for All" Task Force. State Superintendent Tony Evers tapped Means to chair that task force.

"It's groundbreaking work. We actually found four areas that we know can help close the achievement gap," said Means.

Those areas include effective student-teacher relationships. 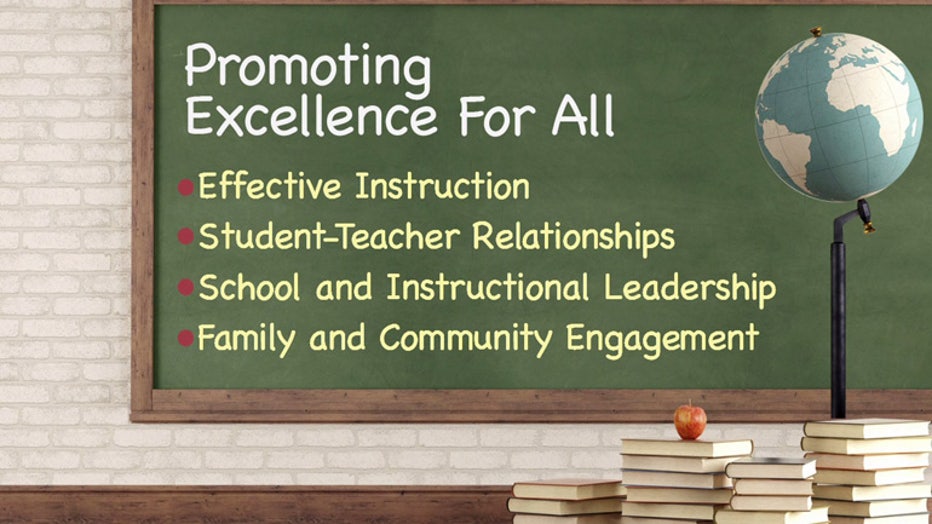 "If you don't have good student/teacher relationships, you can't do anything," said Means.

Strong school and instructional leadership along with family and community engagement are also important.

"If the village is hurt, then it's that much more difficult to raise the child."

Community engagement was very real for Means growing up in the Sherman Park neighborhood. The goal is to create that among OSPP schools.

"If the village is hurt, then it's that much more difficult to raise the child," Means said.