MILWAUKEE - The sound of rapid gunfire pierced the air as a shootout escalated in a Midtown Center parking lot Sunday night.

The hail of gunfire injured just two people and woke neighbors out of their sleep. It could be heard miles away.

Panic setting in for those near the barrage of bullets.

"Because this is absolutely unacceptable. I have family who lives in this area," Acting Police Chief Jeffrey Norman said.

It happened during a gathering in the parking lot.

Ring camera video from a nearby home shows concerned neighbors listening to the gunshot.

"We only have two adult Milwaukee individuals who were harmed in that incident but could have been a lot worse," Norman said. 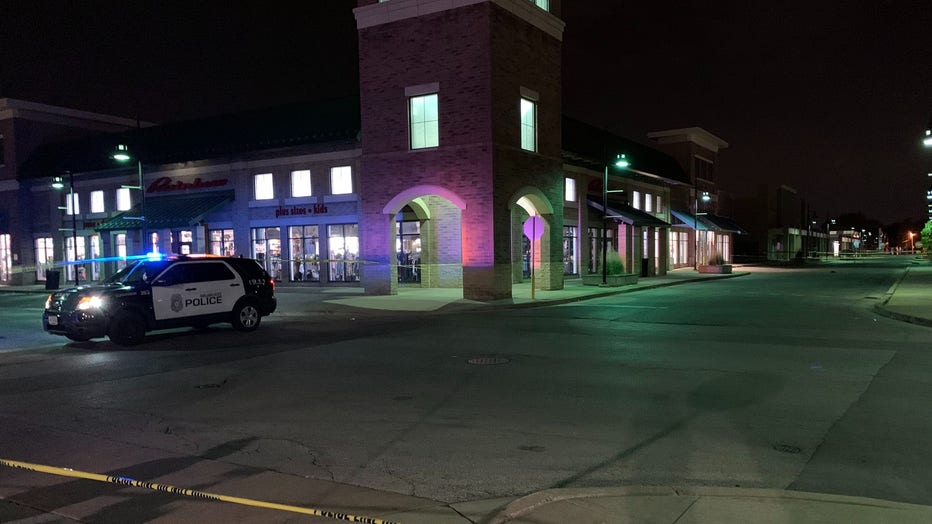 Shooting near 60th and Capitol in Milwaukee

Authorities continue to piece together shooting details and search for suspects.

"In regards to who was involved and how many weapons were fired. I knew we have an ongoing investigation. We are aggressively following up on any leads," Norman said.

"We’re starting to develop a reputation in this state where we’re not just known for beer and cheese — we’re also known for mass shootings as well," said Common Council President Cavalier Johnson. He heard the hail of gunfire from his nearby home.

"I thought to myself how would I feel if one of those bullets had hit my children?" Johnson said.

The shootout added to the uptick in recent violent crime in Milwaukee.

Leaders are working to solve gun violence to ensure safety in the community.

"Public safety is a team effort. This is not only on MPD in regards to how can we make our city safe," Norman said.

Milwaukee police are working with federal authorities to get to the bottom of this.

Dozens of shots fired at Midtown Center in Milwaukee, 2 wounded

One person is dead and two others wounded following separate shooting incidents in Milwaukee.

Reaction to the gunfire

"Last night after I put my children to bed like so many other parents and caretakers, I mourned for those who lost their lives in the mass shooting that took place in Green Bay. While I had those victims on my mind, a barrage of bullets flew just blocks away. I’ve lived in some of the hardest hit neighborhoods in this city, and this was the longest sustained series of gunshots that I have ever heard in my life.

"While parents and caretakers had sorrowful thoughts of those who were killed just north of us, we then had to turn our attention to check on our own family members. In this state, far too many people have easy access to guns that shouldn’t, and unfortunately this episode isn’t the first time that this issue has been brought to the forefront in Wisconsin.

"Midtown Center is the economic heartbeat of the 2nd district and after this event I wondered if shopping patterns would change and patrons would switch to the next closest mall - Mayfair in suburban Wauwatosa. They probably won’t feel any more comfortable there because Mayfair Mall recently had a mass shooting of its own. Maybe they’d go down to Kenosha County, but that community recently suffered a mass shooting too.

"These incidents come on top of recent shootings in 2021 at Roundy’s in Oconomowoc and at the Fox River Mall in Grand Chute. These follow separate mass shootings that took place in 2020 in Milwaukee at Molson Coors and on the near north side. Before these, there were well documented mass shootings in recent years in Brookfield and Oak Creek within the last decade.

"With continued inaction on guns, Wisconsin is increasingly becoming known for beer, cheese and mass shootings.

"Even more disappointing than the lack of urgency to protect the citizens of Wisconsin from individuals who would tear our communities apart is the fact that the people who irresponsibly pulled triggers at Midtown Center last night endangering everyone else’s families are probably at home asleep and those who know what happened will say nothing. That silence effectively leaves the door open for these individuals to continue pulling triggers in our neighborhoods and jeopardize the safety of more Milwaukee families.

"When it comes to voting, politicians strike as quick as lighting to reform the system so that one bad actor can’t cheat. I wish, along with the people of Wisconsin from Lake Michigan to the Mississippi River, that they had that same energy when it comes to one bad actor getting their hands on a gun and cheating Wisconsin residents out of their quality of life, and their actual lives.

"We are long past the time for action. Reform must happen now to protect the lives of our residents, and I hope this is something we won’t have to debate."

Menasha paper mill up in flames

Crews are trying to contain a significant fire in Menasha near the Trestle Trail and Doty Island.

The organizers of a blood drive in Mequon are celebrating another successful year, with nearly 3,000 people impacted by the blood collected.​