MILWAUKEE -- A study released Thursday, December 29th shows that Wisconsin could raise hundreds of millions of dollars every year by collecting tolls on its interstates, but logistical hurdles and a legislative battle remain. 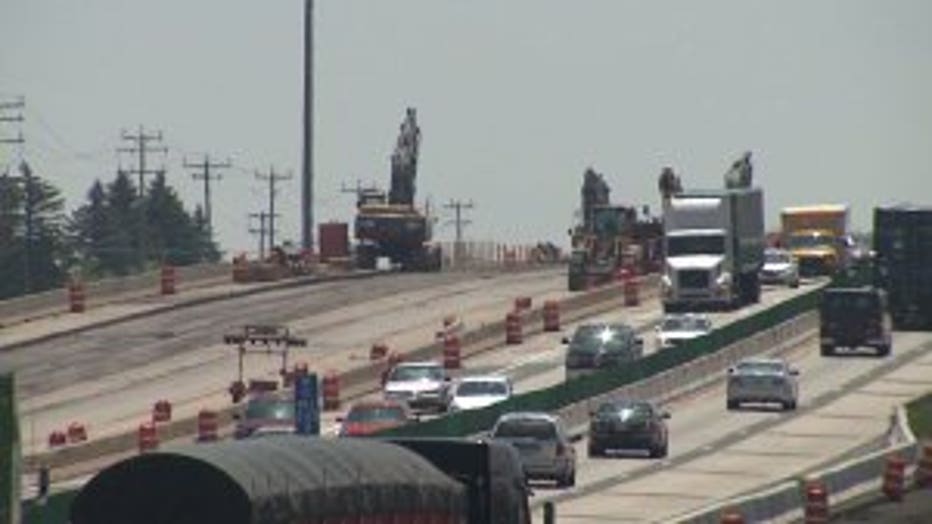 The study, commissioned by lawmakers and conducted by engineering firm HNTB at a cost of nearly $900,000 to the state, shows that Wisconsin roads will get "severely" worse over the next decade at the currently funding level.

The study suggests that Wisconsin would generate $372 million a year in net revenue if it tolled four cents per mile driven on each of its interstates. But it would cost drivers: from Kenosha to General Mitchell International Airport, $1.04; Miller Park to Madison, $2.72; and Wauwatosa to Green Bay, $5.00.

The estimate assumes that drivers without a transponder would pay a 50 percent surcharge. There would be no tolling booths, under HNTB's model. 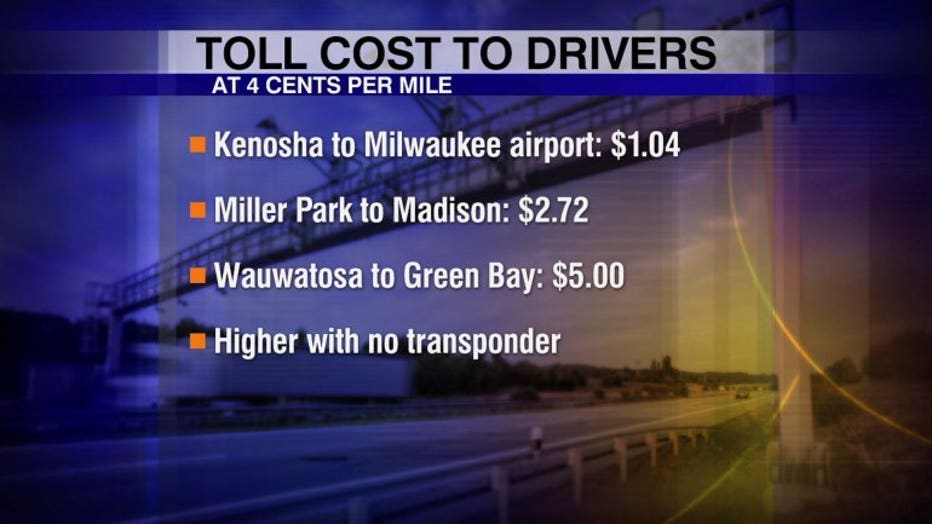 "We know that the governor has consistently said he does not support an increase in the gas tax," Vos said. "This is another viable option to say to people, if you want to use the interstates, you should pay for those. And if you want to use a side road, perhaps it would be a little less expensive, but it might take you a little longer."

Evenson did not say whether Walker supported any of the tolling methods included in the study. "The governor will not go back on his promise to voters not to increase taxes" for roads, Evenson said.

HNTB says tolls have several benefits, including: ensuring that road users pay for the cost of road improvements, guaranteeing that out-of-state drivers will pay their share, and providing a revenue source that -- unlike the gas tax -- isn't impacted by more fuel-efficient vehicles. 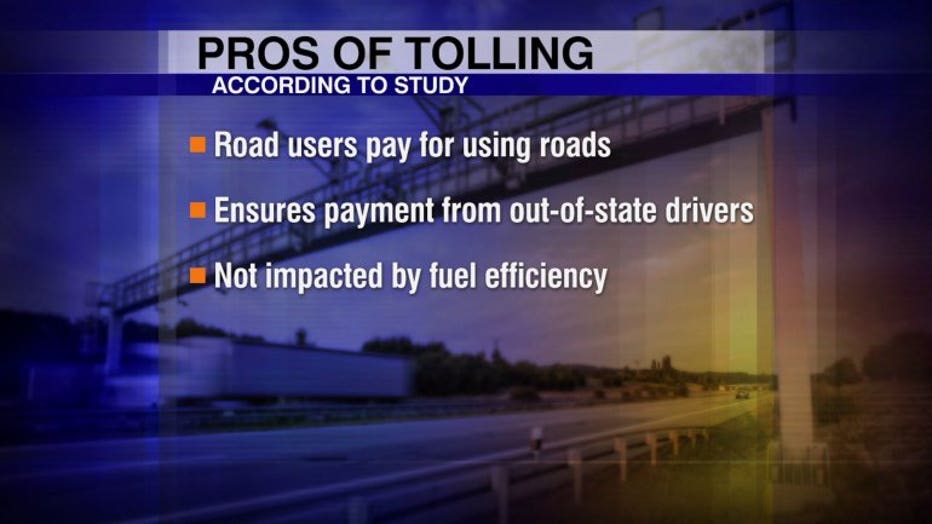 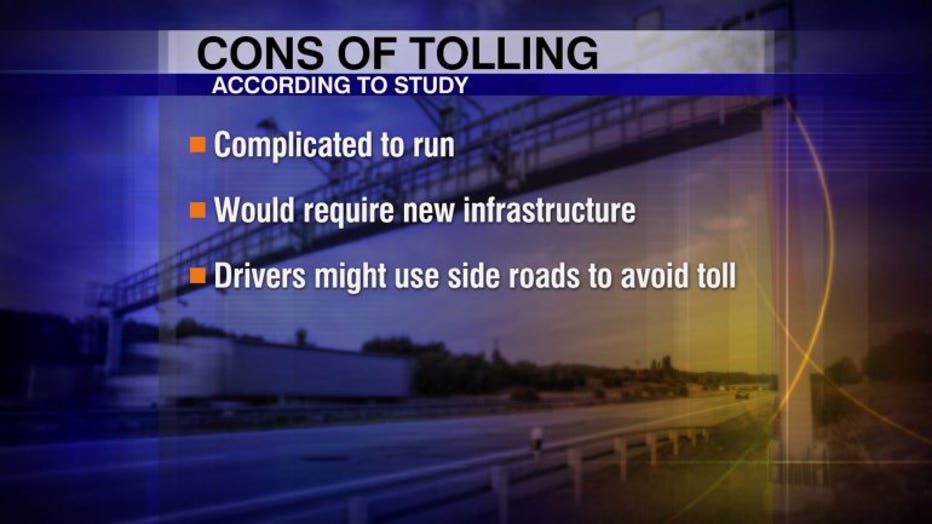 Yet toll systems are complicated to run, would require the state to build infrastructure up-front and the state would need federal approval to implement tolls, HNTB cautioned.

The study estimated that 17 percent of drivers -- more in urban areas -- would try to avoid tolls by using surface streets instead, and that could have additional traffic consequences.

Debate on the road funding issue will begin in earnest this spring. While Assembly Republicans are considering tolling, other GOP lawmakers have said it's a non-starter with them.