GRAND RAPIDS, Mich. -- While we’re used to babies eating dinner in high chairs, it’s not everyday you see a dog in one.

Tink is a Labrador Retriever that does everything else a normal dog does besides when it comes to mealtime.

She was born with a condition called Megaesophagus.  Which means when Tink eats, the food and water never makes it all the way to the stomach, according to WXMI. 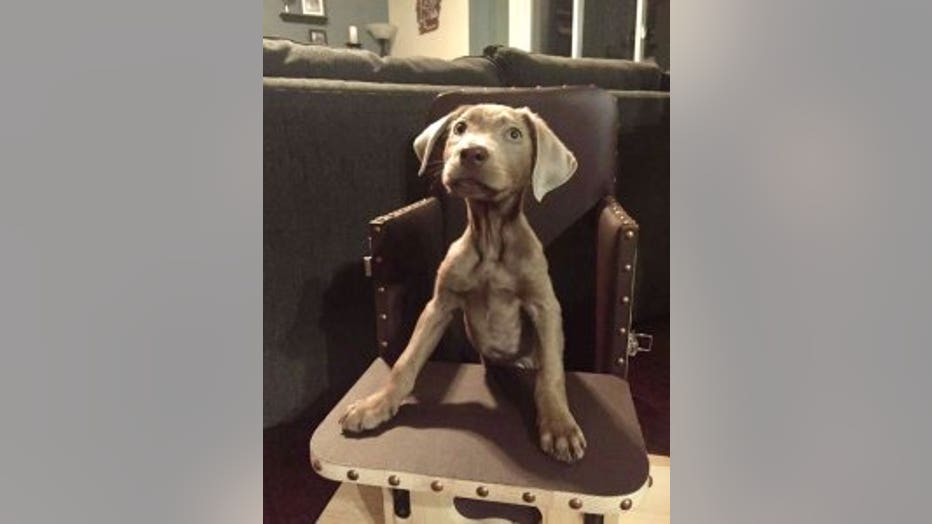 “The esophagus, how it works, is it kind of squeezes the food and water down in a wave-like motion.  We call that peristalsis.  And because she can’t do that, when she eats or drinks, the food just stays in the esophagus,” says Doctor of Veterinary Medicine Jeremy Hutchinson of Weisner Innis & Schoen.

If the food sits there she’ll regurgitate it.  That is why it’s important she eats in an upright position to keep the food moving downward into her stomach.

Tink eats four times a day out of a 'bailey chair',  which is basically a high chair for a dog.  She has been doing this since 9 weeks old. 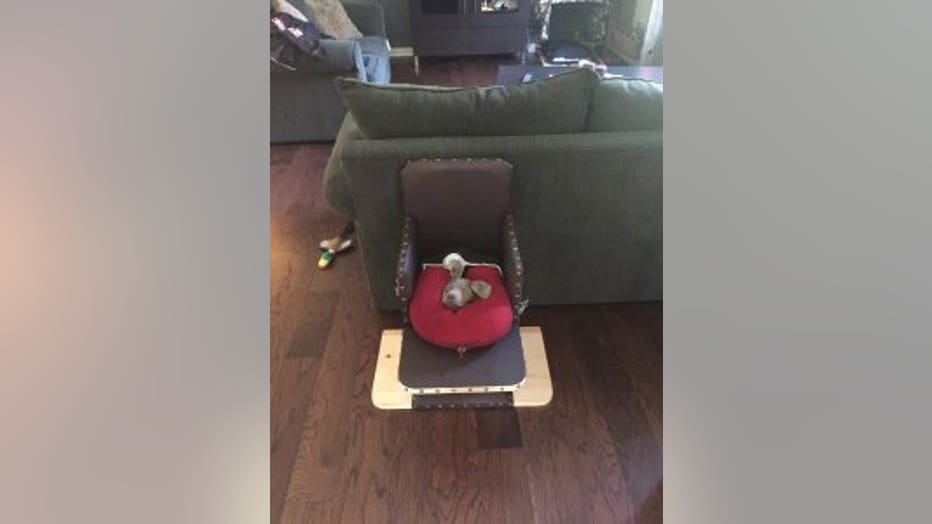 This daily ritual keeps her alive.

After mealtime, it’s burping time. Just like a baby

“For about five minutes we typically burp her, as crazy as that sounds.  And then we do a throat massage where we get in deep to the esophagus and just try to help move the food down,” says Tink’s dad, Tom Sullivan.

Like a baby, it’s a lot of work, patience and most just don’t have the time.

“What ends up happening is the animal might be euthanized because the owners can’t handle or can’t dedicate the time and effort it takes, or they suffer from malnutrition," says Doctor of Veterinary Medicine Jeremy Hutchinson of Weisner Innis & Schoen.

Sadly, the survival rate is low and Megaesophagus is more common in dogs than cats and certain breeds of dogs.