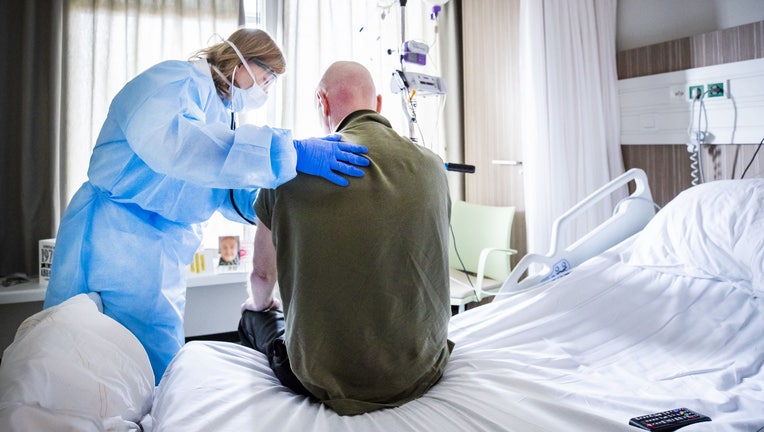 Physician burnout spiked during the first two years of the COVID-19 pandemic after a six-year decline that ended in 2020, according to a new study published in the medical journal Mayo Clinic Proceedings.

"While the worst days of COVID-19 pandemic are hopefully behind us, there is an urgent need to attend to physicians who put everything into our nation’s response to COVID-19, too often at the expense of their own well-being," said American Medical Association President Dr. Jack Resneck Jr., in a press release.

Dr. Tait Shanafelt, professor of medicine and chief wellness officer at Stanford Medicine in Calif., has been leading a study that examines well-being among physicians and workers in all other fields in the U.S over three-year intervals, starting in 2011.

The next one is scheduled for the fall 2023.

But the study added an extra electronic survey that only included physicians at the end of 2021 to early 2022, which was approximately 21 months into the COVID-19 pandemic. 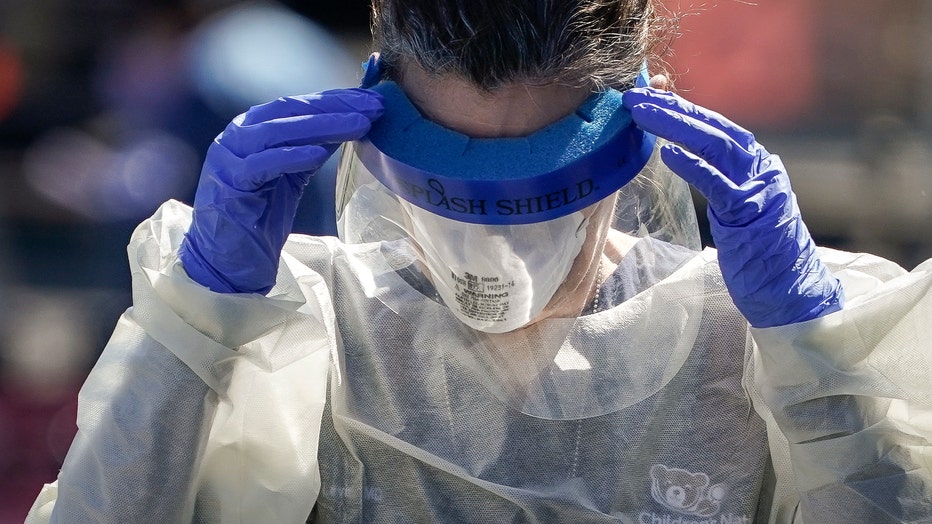 A medical professional from Children's National Hospital works at a coronavirus drive-thru testing site for children age 22 and under at Trinity University on April 2, 2020 in Washington, DC. (Photo by Drew Angerer/Getty Images)

"The stark increase in physician burnout over the last 12 months is alarming and has critical repercussions for the adequacy of the physician workforce, access to care and care quality," Shanafelt told Fox News Digital.

"Burnout among U.S. physicians is now at the highest level on record, with women physicians and those practicing emergency medicine, general pediatrics and family medicine hit especially hard."

Shanafelt is the first-ever appointed chief wellness officer in a U.S. academic medical center, according to the AMA.

An estimated 50 organizations have followed his appointment to create similar roles over the last five years, the AMA said.

Physician burnout is not new

The National Academy of Medicine (NAM) declared physician burnout a national crisis prior to the COVID-19 pandemic — and released a report in 2019 on ways to combat it.

NAM reported up to 54% of nurses and physicians, and up to 60% of medical students and residents, experienced burnout. 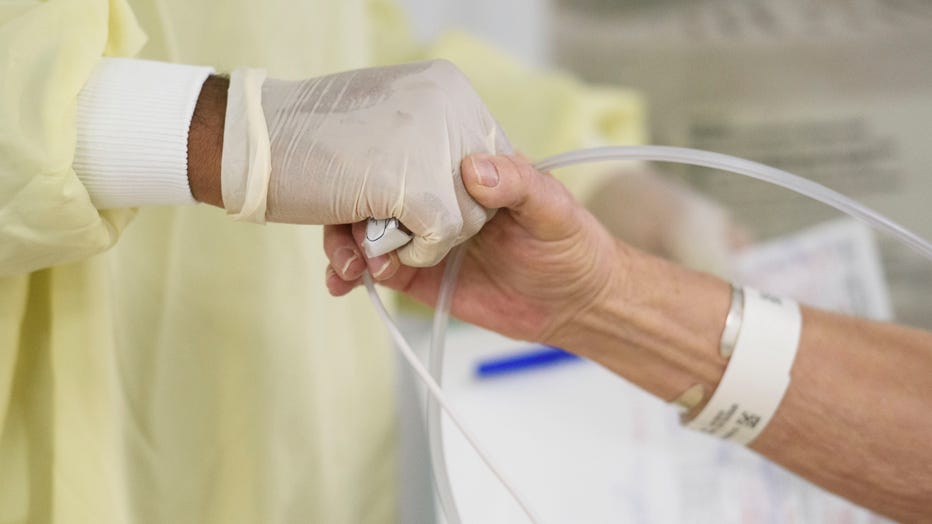 But now the organization is calling a "code red."

"The past two years of heightened stressors that COVID-19 has placed on our health care system have put clinicians in the spotlight," the academy said on its website. "[Clinicians'] passion to care for others shouldn’t come at the cost of their own safety, health or well-being."

Earlier this year, U.S. Surgeon General Dr. Vivek Murthy sounded an alarm about what he called a national crisis on health care burnout that is exacerbated by the pandemic.

"The nation’s health depends on the well-being of our health workforce," Murthy said in a release.

"COVID-19 has been a uniquely traumatic experience for the health workforce and for their families, pushing them past their breaking point." 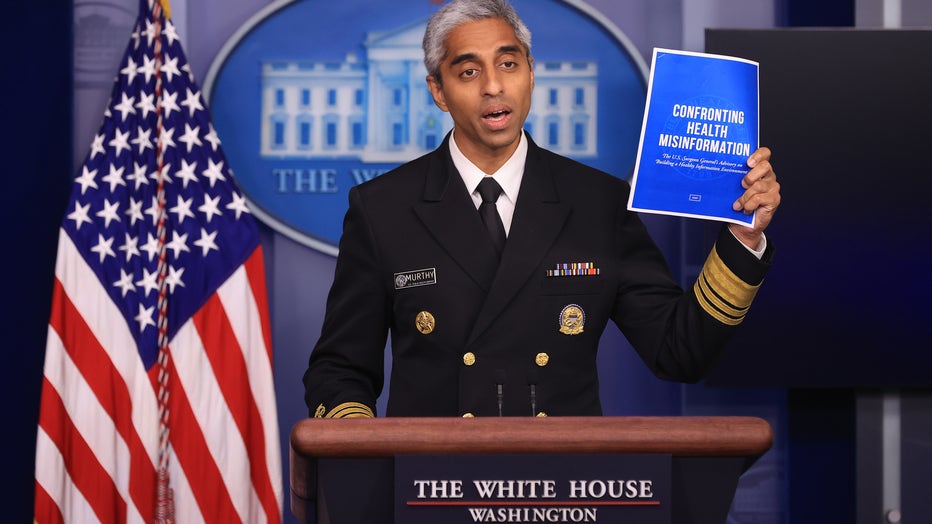 U.S. Surgeon General Vivek Murthy talks to reporters during the daily news conference in the Brady Press Briefing Room at the White House on July 15, 2021 in Washington, DC. (Photo by Chip Somodevilla/Getty Images)

More than half of public health workers reported symptoms of at least one mental health condition, such as anxiety, depression, and increased levels of post-traumatic stress disorder (PTSD), due to the pandemic, according to the surgeon general’s advisory.

Within the next five years, many project a national shortage of more than three million low-wage health workers, per the advisory.

And the Association of American Medical Colleges projects that physician demand will exceed supply, projecting a shortage of up to 139,000 physicians by 2033.

"The highest rate of suicide is among physicians, so recognizing the early signs of physician burnout and providing resources to alleviate physician fatigue is critical."

Yet one study estimates that one in five physicians plan to leave their current practice within two years, according to the AMA.

"There is robust evidence that interventions by organizations and the health care delivery system to decrease administrative burden and improve the practice environment can reduce burnout," Shanafelt told Fox News Digital. 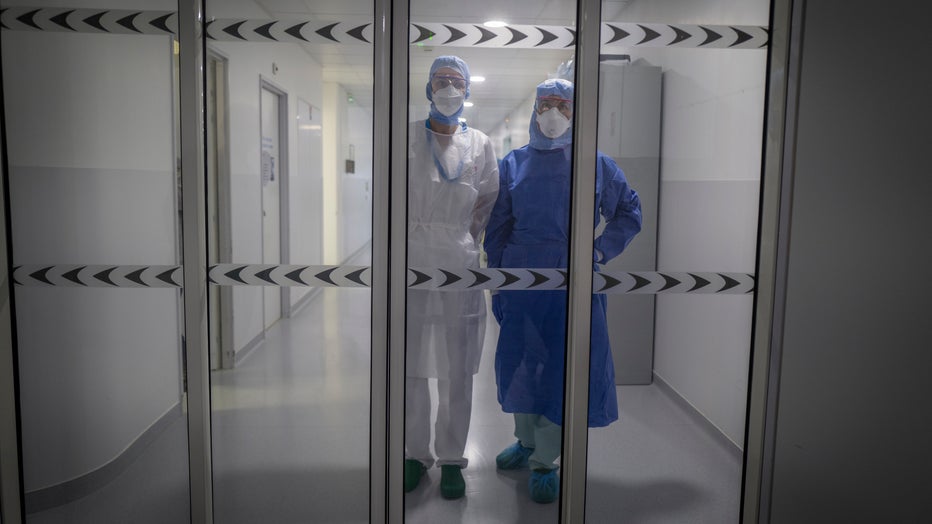 Shanafelt advocates in a recent article for a "well-being 2.0 phase" that replaces the sometimes divisive relationship between physicians and administrators "with a mindset of physician-administrator partnership to create practical and sustainable solutions."

"There is acceptance that physicians are subject to the same human limitations that affect all human beings, with attention to appropriate staffing, breaks, and rest as a part of performance."

WHY THE ‘SUNDAY SCARIES’ DON'T NEED TO BE SCARY: TIPS TO GET THROUGH YOUR JOB WORRIES

The AMA outlines five goals to improve physician well-being in the AMA Recovery Plan for America's Physicians, which was released in June to address the needs of physicians.

Dr. Janette Nesheiwat, Fox News medical contributor and a family and emergency medicine physician, also weighed in on the issue.

"The highest rate of suicide is among physicians, so recognizing the early signs of physician burnout and providing resources to alleviate physician fatigue is critical in all aspects of medicine for best patient outcomes — and ultimately the overall health and well-being of a physician," she said.