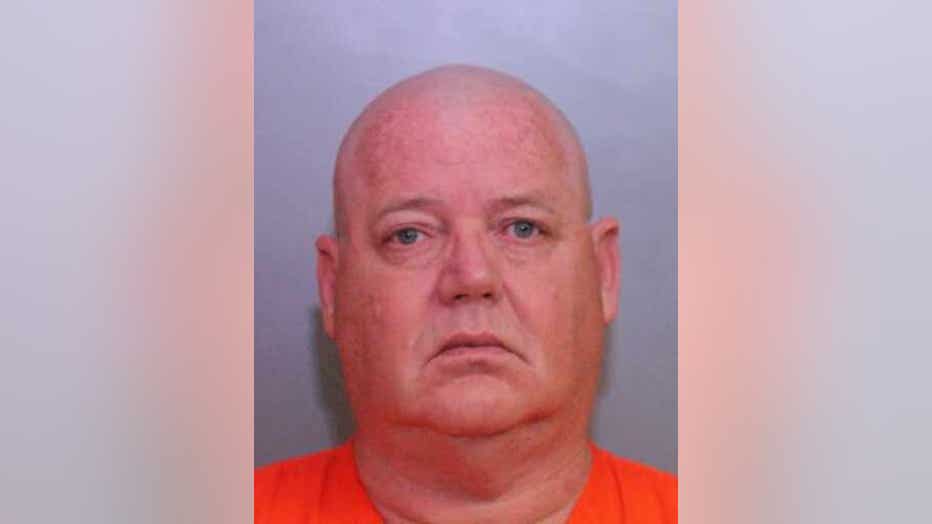 The sting also netted Tommy Gainey, a professional golfer and member of the PGA.

He told the sheriff’s office he was in town for a charity golf event.

“He missed his tee time the next morning,” said Sheriff Judd.

Eighteen people were arrested on various other charges, including aiding/transporting/deriving proceeds from prostitution.

Anthony Gavin, 33, of Davenport – He thought he was chatting online with a
14-year-old boy when he said, “I don’t wanna be labeled a pedophile.” Gavin brought condoms to the location and when he was arrested, he told detectives that he was there, “because I’m stupid.”

Pierre Alvarez, 21, of Davenport believed he was communicating online with a 12-year-old girl. Judd said he sent nude photos of himself and discussed what he would like to do to the girl, then rode his bicycle to meet her. He had a condom in his pocket when he was arrested.

Demitrus Gonzalez, 26, of Davenport, contacted an undercover detective, thinking that he was chatting with a 14-year-old boy. Gonzalez drove to the operation and brought lubricant, condoms, and Xanax with him. While being arrested, he bit a Lakeland Police Officer on the hand, Judd said.

Joshua Bryant, 23, from Brandon, thought he was talking to a
14-year-old boy online and sent three nude photos and tried to arrange to pick up the boy. Bryant told the boy to sneak out of the house and that he could hide at Bryant’s house if he was reported missing. After arriving at the location, Bryant got suspicious and collided with an undercover vehicle as he was trying to drive away.

Benjamin Castaneda, 24, of Orlando, allegedly made contact with what he
thought was a 13-year-old girl online. In his texts, Castaneda wasted no time telling the undercover detective what he wanted to do with the girl. He drove to the location and arrived less than two hours after making initial contact and was arrested. He is a waiter at a Universal Studios restaurant, Judd said.

Matthew Minardi, 22, from Palm Harbor, began a sexually explicit
conversation via social media with who he thought were two different
13-year-old girls, but both were actually undercover detectives. Minardi also sent a nude image of himself. He did not travel to the operation location, but was located and arrested by the Pinellas County Sheriff’s Office.

William Stemmermann, 53, from Kissimmee, chatted with and called an undercover detective, thinking she was a 13-year-old girl. He attempted to arrange to meet and requested photos to be sent to him. Stemmermann did not travel to the operation location but was located and arrested in Kissimmee.

Of those arrested, 30 were married, and one was engaged to be. Seven suspects had traveled to Polk County from other states, and one person was visiting from Ontario, Canada, Judd said.

The oldest was 70, while the youngest was 19 years old, according to Judd.

Judd said seven women who were arrested for prostitution may be the victims of human trafficking. Two of the women were taken to shelters and introduced to anti-trafficking organizations for assistance and support.

Advocates say people selling sex can benefit from their arrest as well.

“The violence against them is going to be stopping for tonight. They’re going to be hearing about services,” said Christa Lynn, an advocate at One More Child.