Disney just released a teaser video that shows a swinging Spider-Man Stuntronics figure that will be featured in the upcoming Avengers Campus opening at Disney California Adventure Park in California this summer.

According to Disney, guests "may be able to catch a glimpse of the friendly neighborhood Spider-Man himself swinging above the rooftops of Avengers Campus."

In 2018, Disney shared video of its first Stuntronics figure, an autonomous robot stunt double named Stickman that look very similar to the teaser video shared by Disney on Thursday.

In a 2018 release about the first Stuntronics testing, Disney said the goal is to "create a realistic robotic figure capable of performing complex, acrobatic stunts.

The 90-pound Stuntronics figures use sensors to make "real-time decisions—all while flying 60 feet in the air. It knows when to tuck its knees to perform a somersault, when to pull its arms to twist, and even when to slow down its spin to make sure it sticks that perfect landing."

Disney says guests visiting Avengers Campus "will be recruited to become the next generation of Super Heroes." The land will include a Spider-Man attraction, several character "encounters" and the Avengers Headquarters. 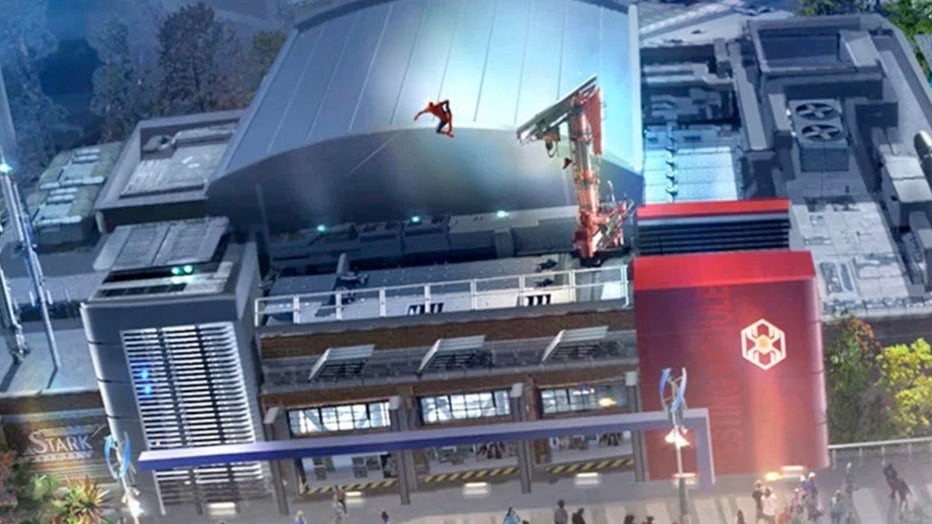