Since the first Toy Story film, Pixar has become famous for inserting Easter eggs in its films and shorts. So, when it came time to capture Toy Story Land at Disney's Hollywood Studios in Florida, the creative team at Disney saw an opportunity to take the tradition to an immersive medium.

The creative team at Disney worked with Pixar to identify 8 unique Easter eggs that could be captured and uploaded to Google Street View.

The images were captured over the course of two mornings last summer.

When someone wants to see a first-person "street view" of what it's like to walk around Toy Story Land, they can also search for some hidden Pixar references including the Pizza Planet Truck and Miguel's guitar from Coco.

A guest posed as Sid, the main antagonist from the first Toy Story film: 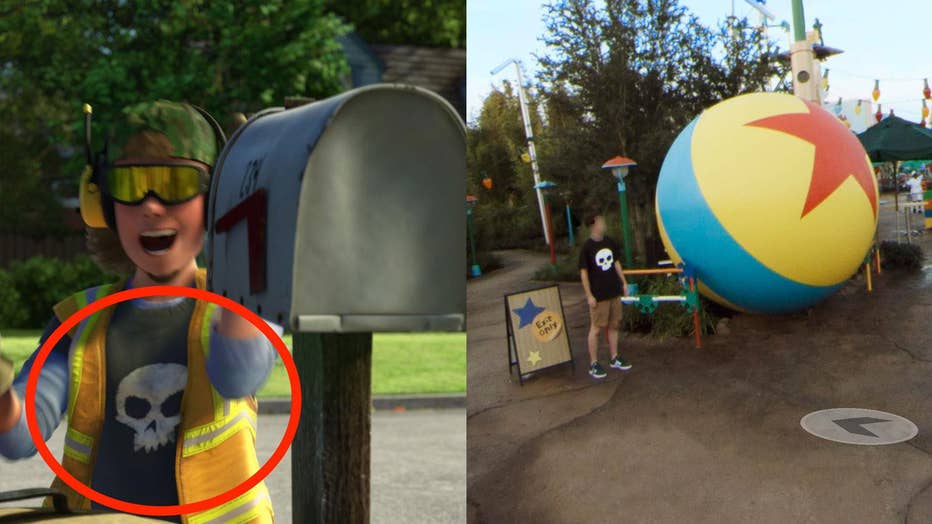 A sports jersey bearing the name “McQueen” and the number “95”, in reference to Lightning McQueen: 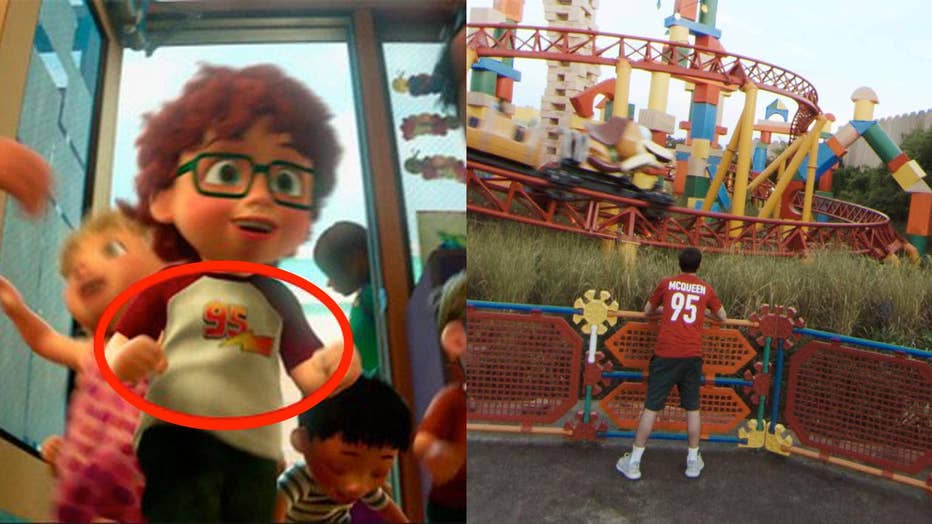 A guest playing Miguel’s guitar, a major piece from the film Coco: 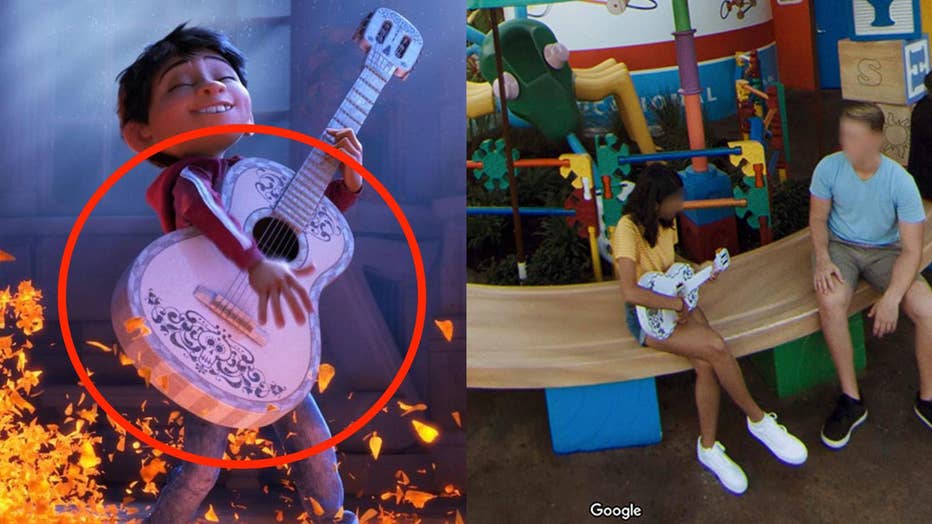 A toy version of the Pizza Planet truck, which appears in each Pixar film: 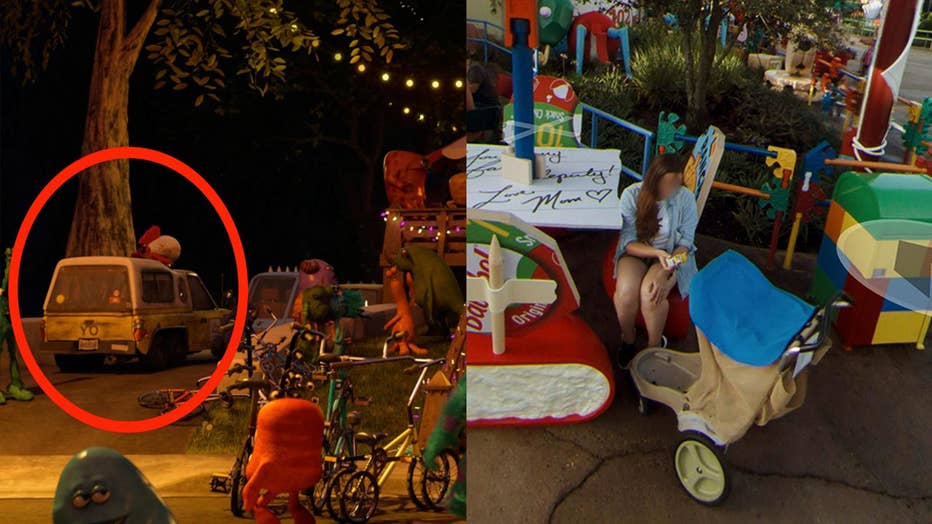 A shirt featuring the Buy n Large logo, a fictional brand spanning across the Pixar films: 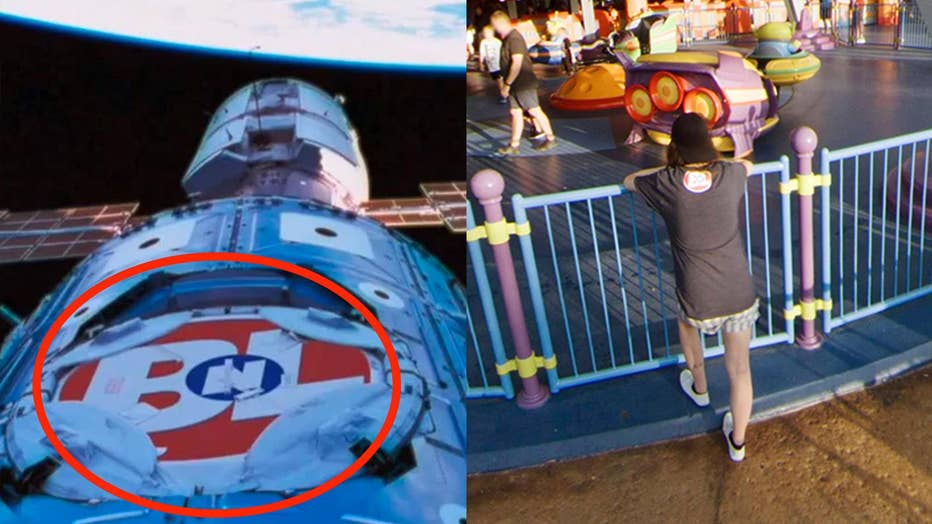 “A113”, a hidden sequence appearing in each and every Pixar film: 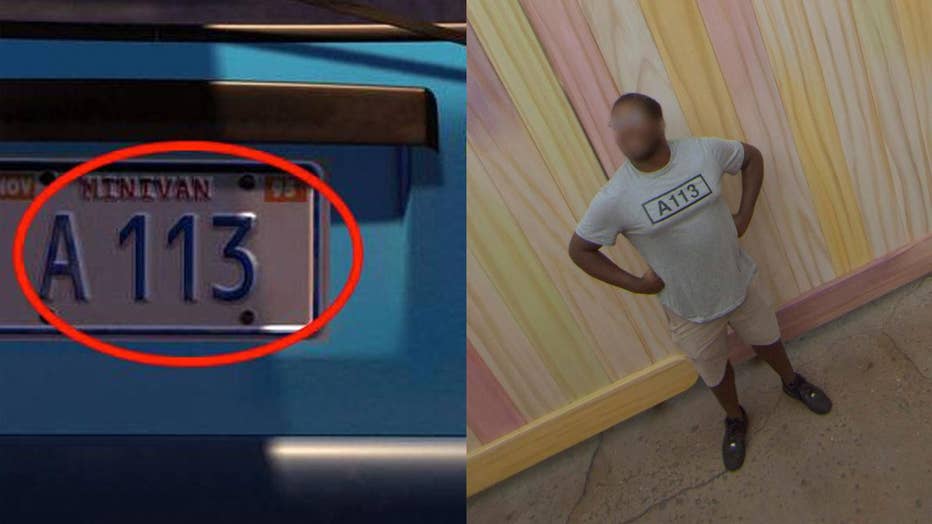 A pair of guests holding umbrellas in reference to the Pixar Short, “The Blue Umbrella:” 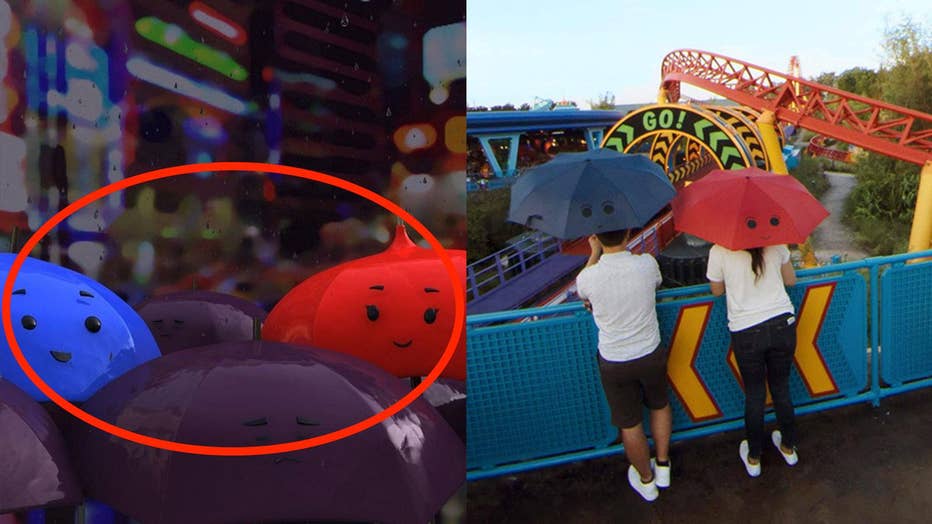 A backpack draped with a luggage tag featuring Nemo: 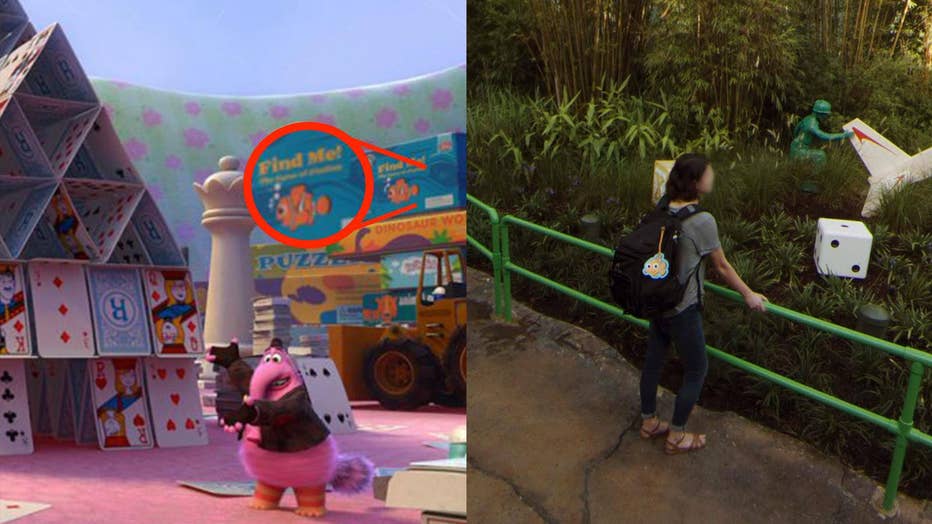