NEW YORK — Firefighters have responded to the scene of digital billboard on fire in Times Square.

Flames started to shoot out of the LED billboard just after 3 p.m. Saturday. 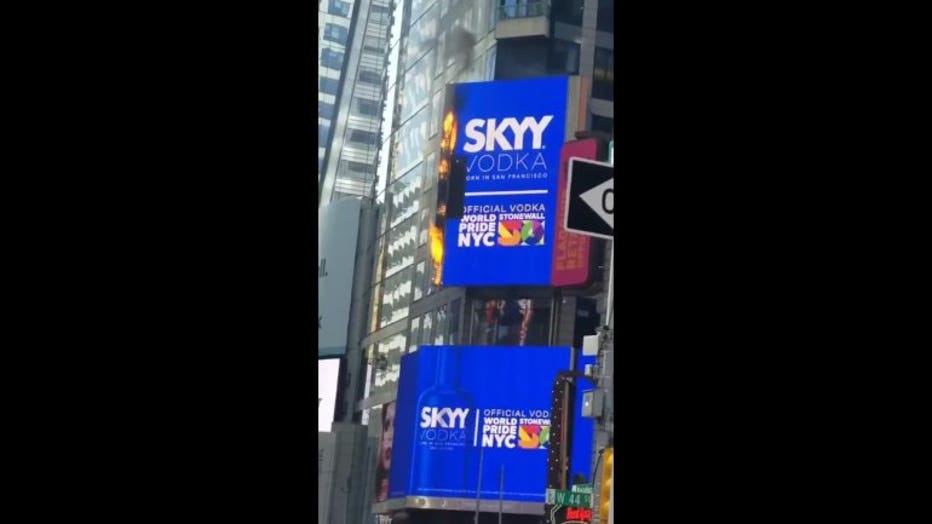 An electronic billboard is on fire in New York's Times Square, the city's fire department said.

The Fire Department says no injuries have been reported and there was no damage to the building the sign is attached to.

A department spokesman says firefighters are working to turn the billboard's power off.