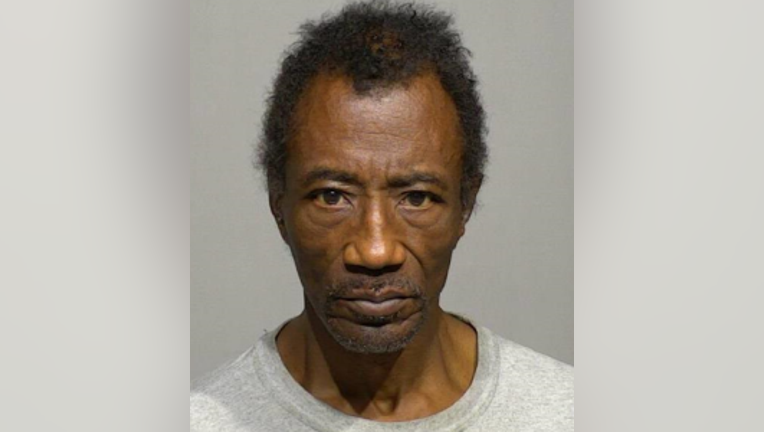 MILWAUKEE -- Prosecutors said a hit-and-run driver told police he did not see a man laying in the roadway near 23rd Street and Center Street early on May 5 before striking the 45-year-old man and driving away. The man, who had fallen in the street before the crash, according to prosecutors, was pronounced dead at the scene.

Wayne Conley, 60, faces one count of hit-and-run causing death for the crash that happened around 1 a.m. Police initially said it was believed two drivers struck the victim, and the second driver, a 60-year-old man, was arrested.

According to a criminal complaint, before the crash, surveillance video from a nearby church showed the victim "walking and stumbling," falling down onto the roadway while carrying two grocery bags. The complaint said the video showed the victim did not move after that. The video soon showed a white vehicle running over the victim, who was pronounced dead despite life-saving measures by first responders.

A witness said she was driving in the area, approaching 23rd and Center when she saw a vehicle facing eastbound with its headlights flashing, and a man in the roadway. She said she pulled over and called 911, and saw the driver of the vehicle with its headlights flashing pull a U-turn, pulling up next to the victim. The woman said she then performed a U-turn, pulling up next to the driver. She said she then saw in her vehicle's mirrors another vehicle approaching from the west. She said she attempted to get the driver's attention, but they weren't slowing down, and the vehicle ran over the man in the road. She said the driver did not pull over after the crash -- and she gave chase. She said she last saw the white or beige vehicle near Teutonia Avenue and Center Street.

She flagged down police near 2nd Street and Center Street, and said a pedestrian had been struck by a hit-and-run driver.

Near 1st Street and Center Street, the complaint said officers spotted a white Mercedes that was parked -- and Conley was driving. The complaint said he asked officers, "What is it that I hit?" When told he struck a pedestrian, he said he didn't see the person, or he would have stopped, according to the complaint.

He told investigators he pulled over to check the damage, and his passenger said, "I think you hit a person. We should go back." He replied, "Nah, we didn't hit no person, man." Police showed up a minute later, the complaint said.

According to the complaint, Conley said he believed the pedestrian "was already struck or dead before he hit him," and "he did not see the person in the road."

Prosecutors said the victim suffered blunt force injuries that led to his death, and noted an autopsy did not reveal any natural disease.

Conley made his initial appearance in court Sunday, May 10, where he received a $15,000 signature bond. A preliminary hearing was scheduled for July 2.