MADISON -- Governor Tony Evers' office is denying open records requests for his emails. The governor's attorney says the decision saves taxpayer resources; transparency advocates say they're worried about the erosion of the public's right to know.

"If you want to see what government is up to, you have to see the emails that they are sending," Wisconsin Freedom of Information Council President Bill Lueders said. "I don’t think is a legal interpretation of our open records law." 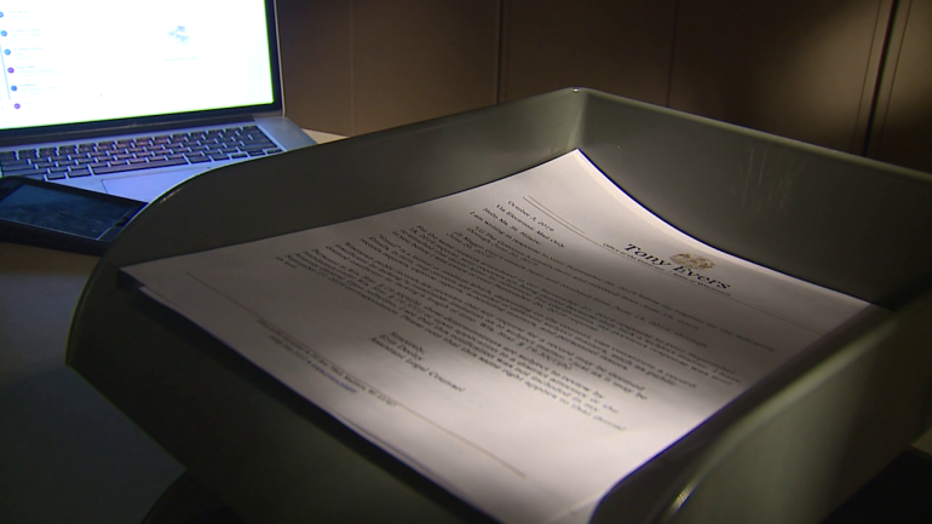 After nearly two months of trying to obtain the public records, FOX6 took the request straight to Governor Evers.

Government emails help track who is making decisions about tax dollars, how public employees make those decisions, and who has influence over the process.

In September, the FOX6 Investigators requested just over four weeks of emails to and from Governor Tony Evers and his chief of staff, Maggie Gau. Assistant legal counsel Erin Deeley denied the request. FOX6 narrowed the request to emails from one week; Deeley sent another denial letter. 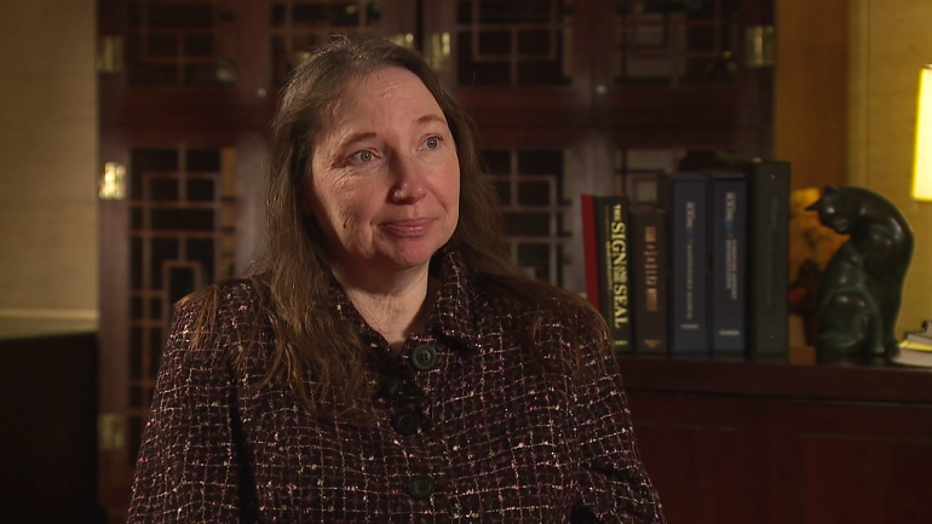 In a phone call and subsequent emails, Governor Evers' attorney said email requests will be denied if they do not contain search terms or wording she can turn into search terms. That is, requests for emails about the budget or containing the word "agriculture," for example, may be processed; requests for all emails over a specific time frame, no matter how short, will be denied. 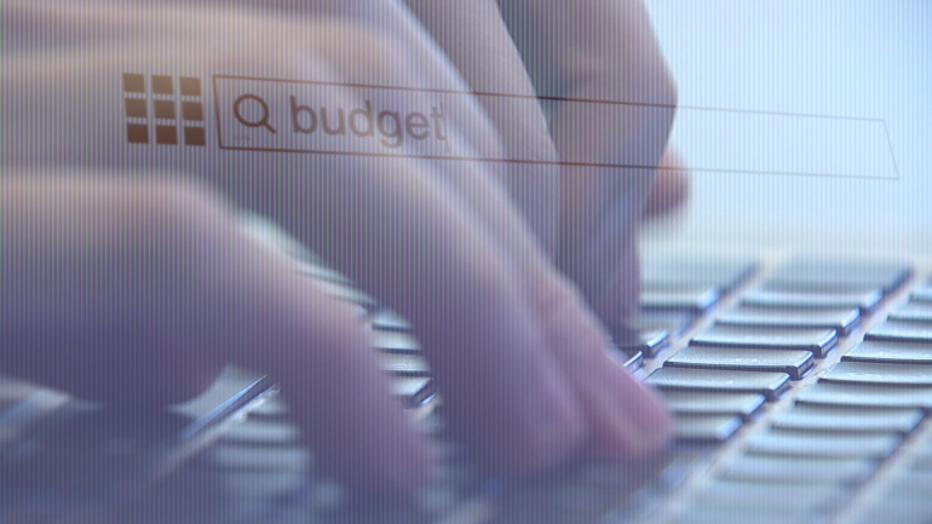 "It turns public records requests into a guessing game," Barker said, pointing out that requesters will miss crucial information if they need to know what is in the emails before they see the emails.

"Let’s say you want to make an analysis of how many emails the governor receives in a given day - what types of emails they are, who are they coming from," Lueders said. "You need to have the entire body of emails in order to do that. It’s a completely legitimate exercise to do, just as media organizations have requested and obtained the calendars of governors and other public officials to do an analysis of what are they spending their time on." 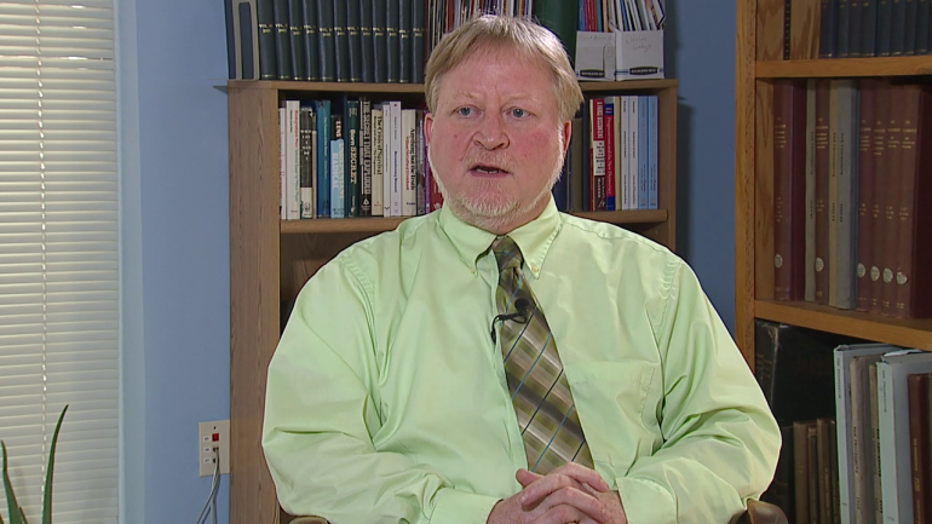 Although Lueders spoke to FOX6 as a representative of Wisconsin Freedom of Information Council, he is also a journalist; he is editor of The Progressive.

Lueders says making only selective portions of the emails available based on search terms violates the law's presumption that the records are public.

"I’ve reviewed your request to the Governor’s Office and the responses you have received," Lueders said. "It looks to me like the office is trying to parse the language of the law in order to not give you records. What it should be doing is to try to find some reason to say yes to your request."

The back-and-forth about Governor Evers' emails boils down to a disagreement about the word "or."

The law says, "A request...is deemed sufficient if it reasonably describes the requested record or the information requested. However, a request for a record without a reasonable limitation as to subject matter or length of time represented by the record does not constitute a sufficient request."

Barker and Lueders say that portion of the law is designed to ensure government agencies can figure out which records requesters want. Barker says the "common sense interpretation" is that an open records request can specify subject matter, or it can specify length of time so long as the public agency can figure out which record the requester is seeking.

In several conversations, Evers' staff and state department legal counsel misquoted the law as saying a request needs a "reasonable limitation as to subject matter and length of time." The confusion appears to come from the Department of Justice Public Records Law Compliance Guide, which uses the phrase "subject matter and length of time," referencing a 1997 court ruling that a request for tape and transcripts of three hours of 911 calls on 60 channels is not reasonably specific.

Barker says she does not believe that case reasonably applies to the email requests in question.

In its letters denying FOX6's records request, the Governor's Office takes the position that "the law requires a requester to provide subject matter." Assistant legal council Erin Deeley interprets that to mean search terms or phrases that can be converted into search terms.

"I disagree with that," Barker said. "The laws are supposed to be interpreted in every instance in favor of complete, public access. They’re deliberately taking an interpretation that is contrary to public access."

"They’re taking up the presumption essentially that there must be secret information in there," Barker added. "It denies access to information we need to gauge what government is doing."

The Governor's Office made another argument, with Deeley writing, "Wisconsin taxpayers should not be asked to pay the salary of a state employee to work exclusively on an insufficiently specific request for weeks, to the detriment of all other requests, requesters, and job responsibilities." 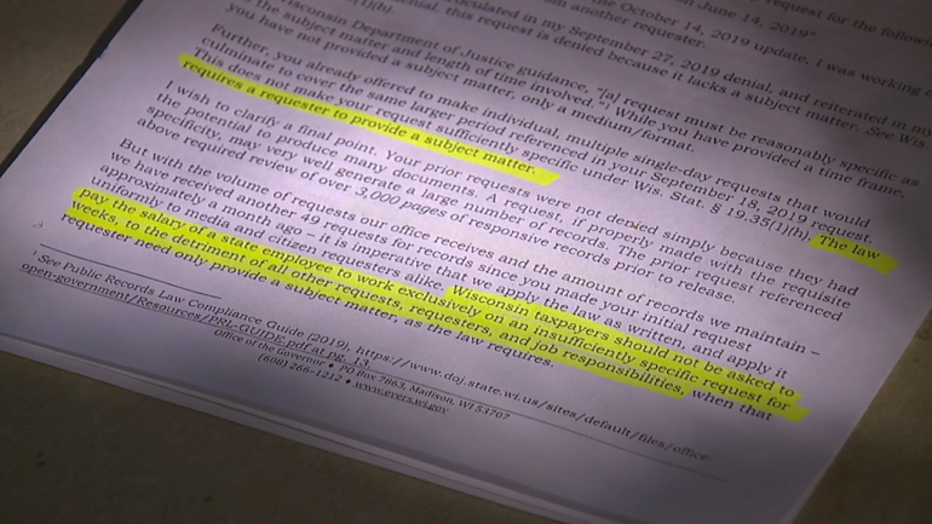 "But in fact they’re wasting the time and resources of government employees and the public by looking for reasons to justify denying access," Barker said, pointing out that in the time the Governor's Office spent denying the request, it likely could have released the public records.

Beyond the Governor's Office

The FOX6 Investigators filed the same open records request with other parts of state government.

The Public Service Commission, which is an independent regulatory agency, granted the request and released more than 3,000 pages of emails sent to and from Chairperson Rebecca Cameron Valcq over the course of four weeks.

However, after Evers' office denied FOX6's request, other state departments sent denials with the same or similar language.

Transparency advocates like April Barker and Bill Lueders worry about the "lawyerization" of public records issues and the potential to use such arguments to hide other records that tell taxpayers what the government is doing. 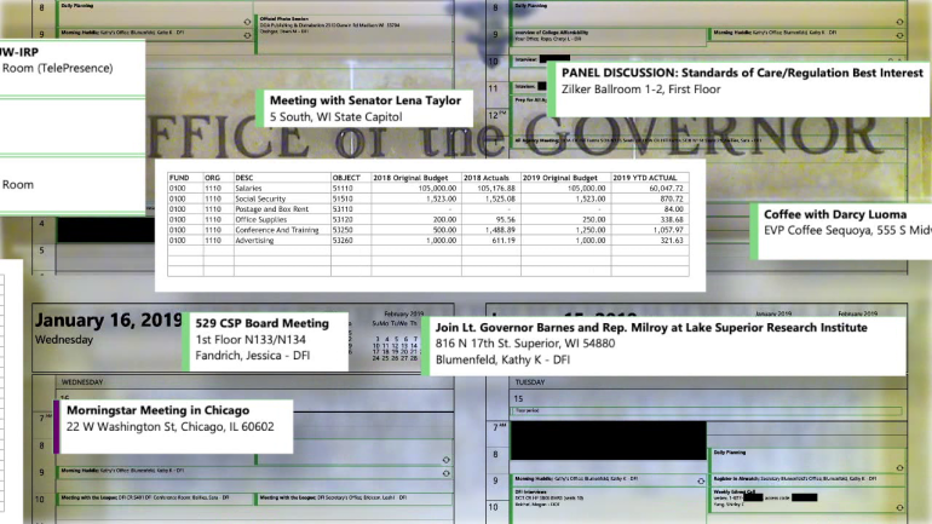 "The Governor's Office is at the top of the food chain," Lueders said. "And it matters very much how he acts with regard to the open records law. He should be setting an example of maximum transparency and urge all of the agencies under his control to do the same."

FOX6 informed the Governor's Office it was running a story about the refusal to release Evers' emails from a one-day time frame and asked for a response. Evers' office asked for clarification about the story, but did not provide a statement or any other kind of response. 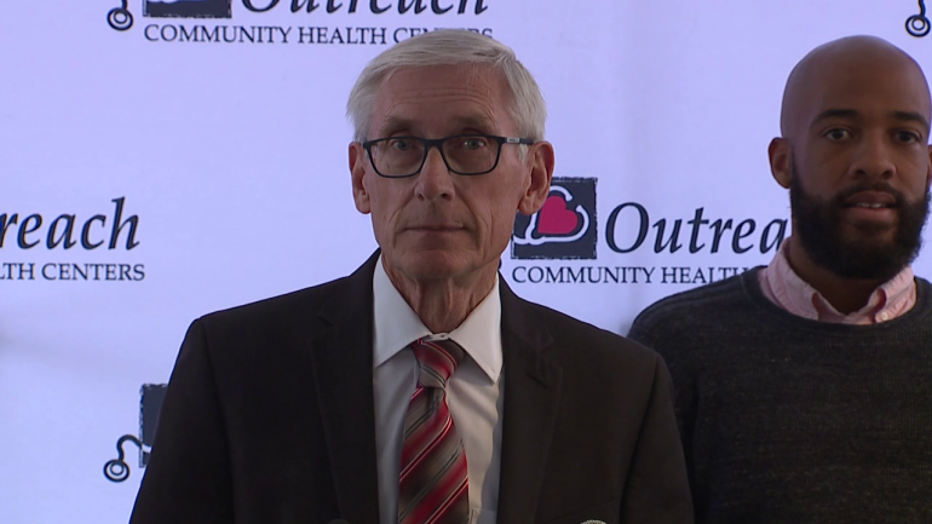 After the deadline for response passed, FOX6 reporter Amanda St. Hilaire went to a press conference about healthcare to ask Governor Evers about his emails.

Amanda St. Hilaire: "Governor, you've said that you are committed to transparency, so why is your office denying our request for one day's worth of your emails?"

Evers: "Oh, that'll be pretty, pretty boring I'll tell ya. If I do one email a day, that's an extraordinary day. So, we'll work on that."

St. Hilaire: "So you think the public should be able to see one day's worth of your emails?"

Evers: "Yeah. It's pretty boring. I mean, I can't remember sending an email all week."

The FOX6 Investigators cannot verify Evers' claim because minutes after the press conference, Evers' deputy chief of staff Melissa Baldauff said the line of questioning was in "poor form," and there were no plans to grant the request for the governor's emails.

FOX6 later sent an email to Baldauff and assistant legal counsel Erin Deeley asking if the Governor's Office would follow through on the governor's statement that the public should be able to see one day's worth of his emails.

Deeley responded one week later. Despite the governor's public statements, his office continues to refuse to release his emails from one day.

How does Governor Evers compare?

The conservative firm Wisconsin Institute for Law and Liberty, known as WILL, released a report saying Evers eliminated a Walker-era website that tracked compliance with open records requests. It also raised concerns that the Evers administration was rolling back Walker's executive orders about shorter open records response times.

Evers' staff pushed back against the WILL report.

Bill Lueders says in his experience, the Evers administration is not significantly more or less transparent than the Walker administration, which was at times criticized and sued over open records issues. However, he is concerned about the apparent departure from Walker's executive orders.

"I think it would be a shame to take a step back from that," Lueders said.

She did not make a comparison to Walker's first six months in office.

Evers' office also pointed to FOX6's reporting about state legislators' ability to selectively delete public records like emails and calendars; this legal "loophole," as open records advocates have described it, does not apply to the Governor's Office and results in a larger volume of records

Barker and Lueders say a large volume of records should not prevent any public agency from releasing one day's worth of emails.

"I think that Wisconsin still is a pretty good place in terms of government transparency," Lueders said. "But I am concerned about things that have happened with regard to the Legislature in particular, and to a lesser extent some signs from the Governor’s Office that maybe he is not as passionately devoted to openness as I think many of his supporters expect him to be."