GREENDALE -- In Greendale on Saturday, families drew sidewalk messages with chalk in support of the Black Lives Matter movement.

Chanese Knox organized her second chalking event -- an effort to garner awareness for the movement. 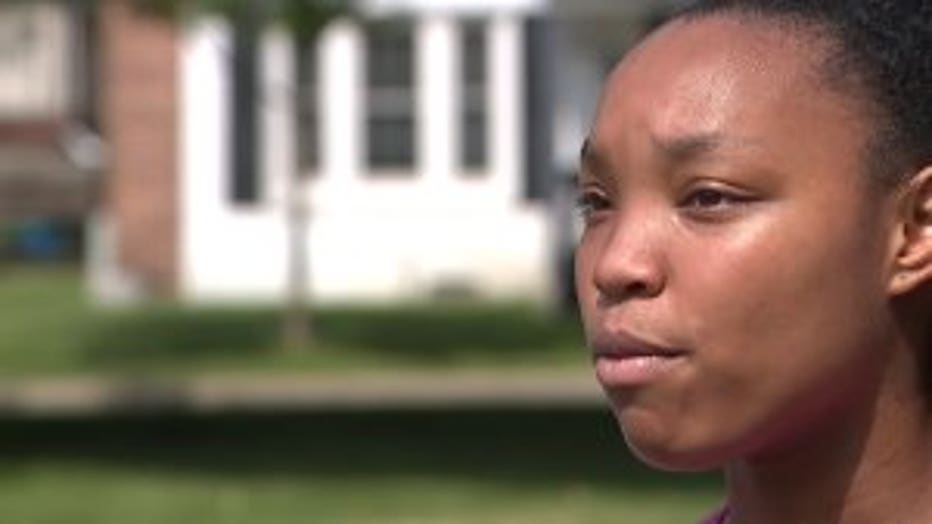 "Chalk is always a great way to make a message and get it out here and what we represent," said Knox. "We had 'No justice, no peace,' we had big bubble letters of 'Black Lives Matter' all across, we had 'I can't breathe.'"

Protests around the world have been going strong for the past month. Folks in Greendale on Saturday feel it's important to keep up the momentum of the message against police brutality. 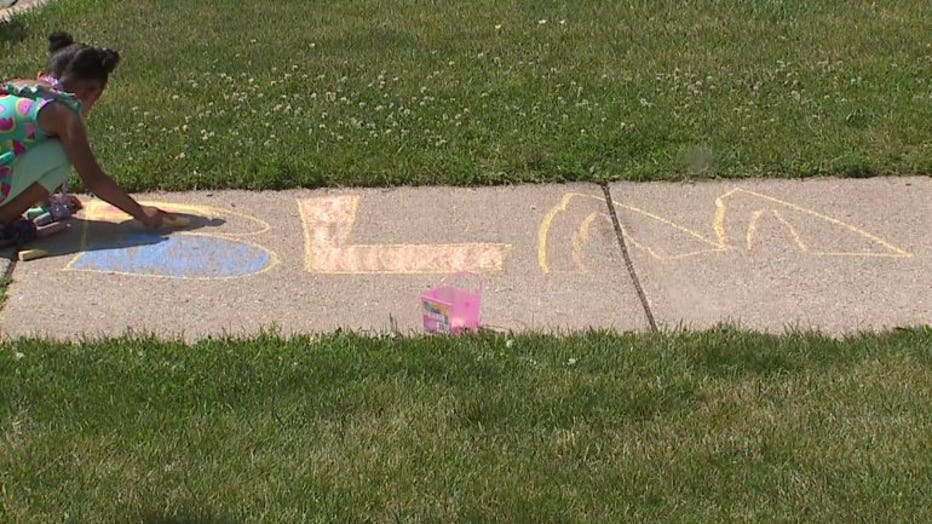 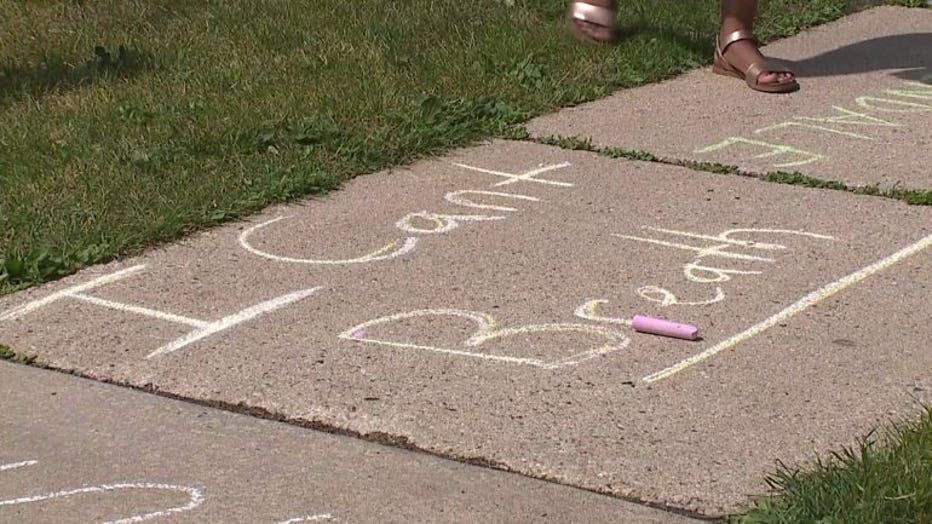 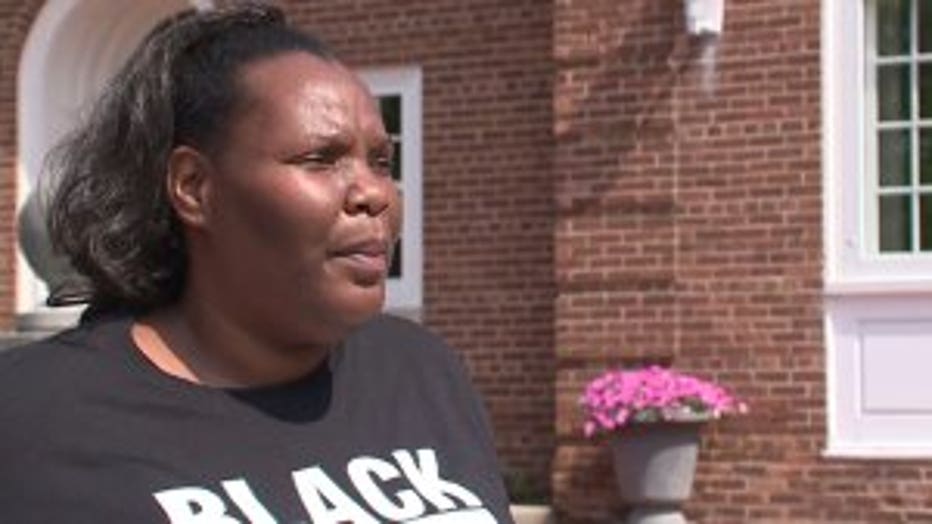 "After George Floyd, there has been police brutality that has been shown over on the TV and social media, so it's still an issue," said Diannia Merriett, Knox's mother. "We need to keep it in the forefront."

Jim Sinicki, who joined in the sidewalk chalking, made sure his little one was part of Saturday's effort to shed light on racial injustice.

"I want him to grow up with equality. I think right now in the world we live in, there is not enough talking. As my kid gets older, I want him to be able to ask those questions and get those answers," Sinicki said. "As a people, we need to do a lot better."

A few squares of concrete sparked a whole lot of conversation. With all of the foot traffic that happens around Greendale Village Hall, organizers felt it was the perfect place to get more eyes on their message. 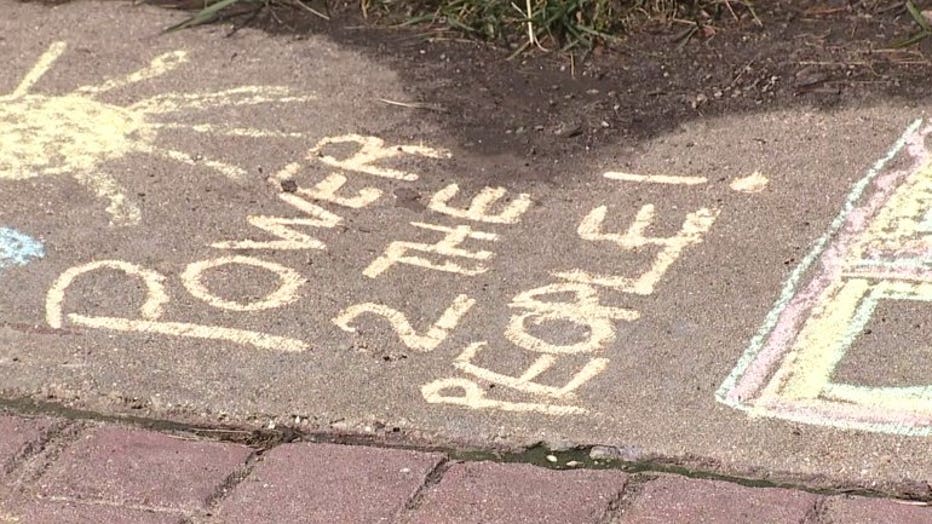 "I hope they realized they have a voice, too, and silence isn't the way to go. That we all have something we can do," said Merriett. "I'm hoping they will come over and send the message out to Wisconsin, to Greendale that this is important and Black lives matter."

Next, Knox said she plans to host a painting event that will also have storytellers to share the history of racism in America. 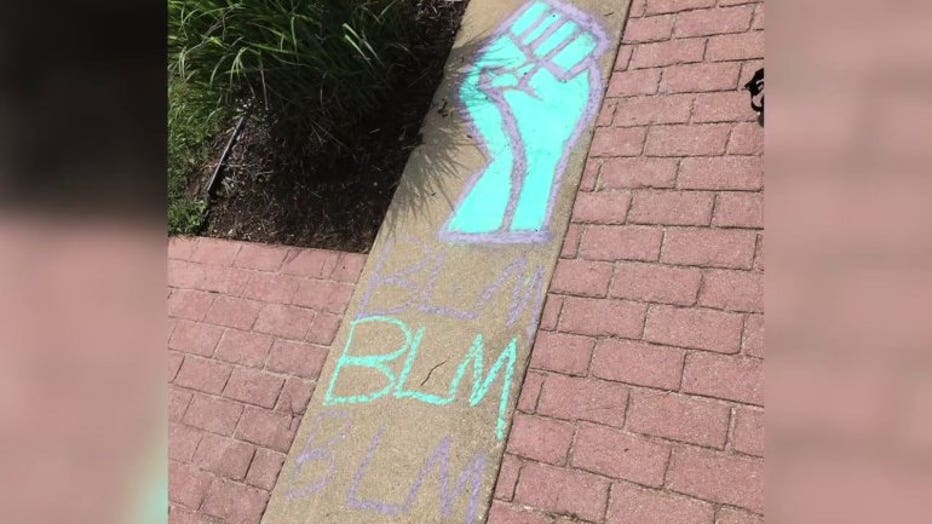