WASHINGTON -- Senators judge the case on which the nation is divided. House impeachment managers urge them to remove President Donald Trump from office. 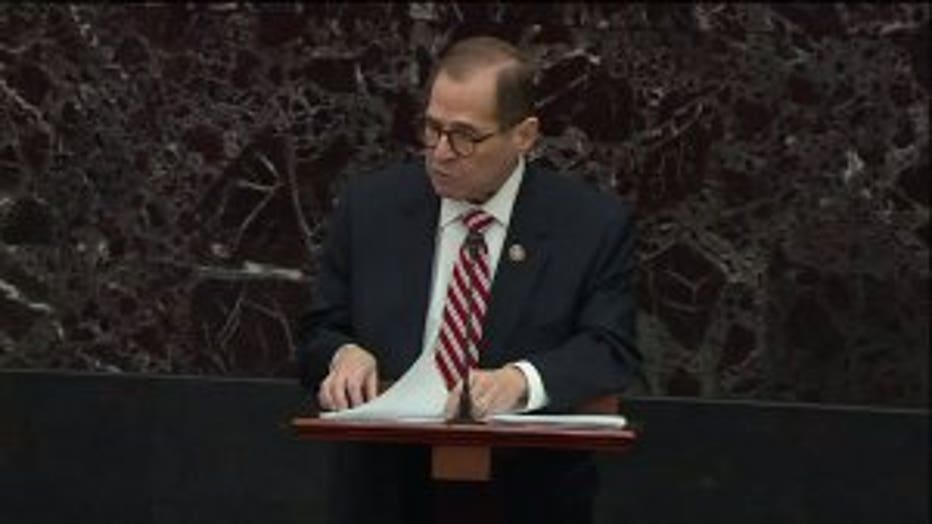 "He poses a continuing threat to our nation, the integrity of our elections, to our democratic order," says House Impeachment Manager Rep. Jerry Nadler. "He must not stay in office one moment longer."

Democrats say the constitution backs them up.

"The framers had three specific offenses in mind: abuse of power, betrayal of the nation through foreign entanglements and corruption of elections," Nadler said. "You can think of these as the 'ABCs' of high-crimes and misdemeanors." 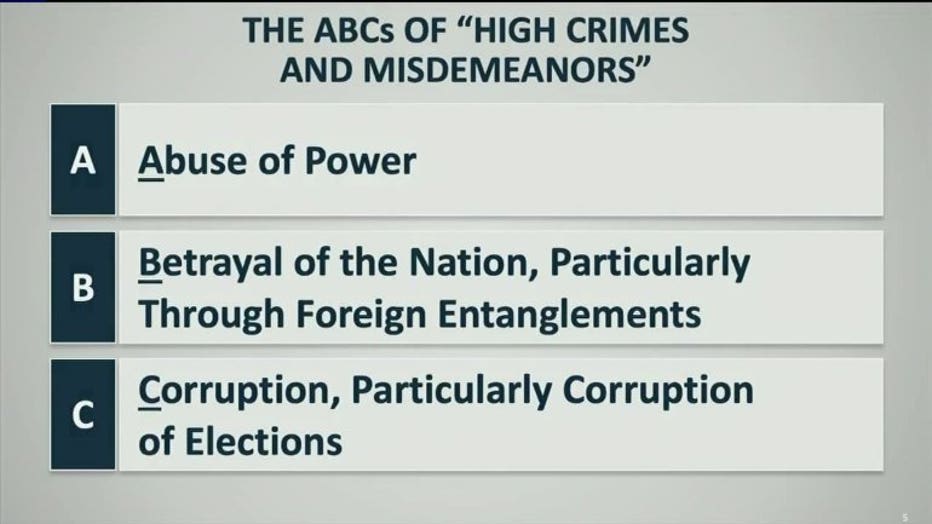 House managers say President Trump did that by holding up aide to Ukraine and urging the country to investigate the family of Joe Biden. 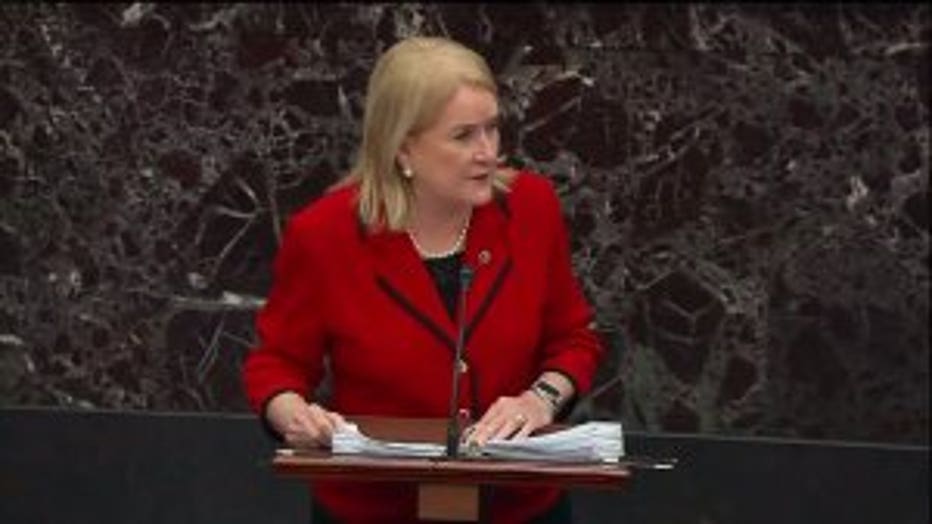 "He pushed for it when it became clear that (former) vice president Biden could beat him, and he had good reason to be concerned," said Rep. Sylvia Garcia (D-Texas).

President Trump calls this a witch hunt. He says he did nothing wrong. 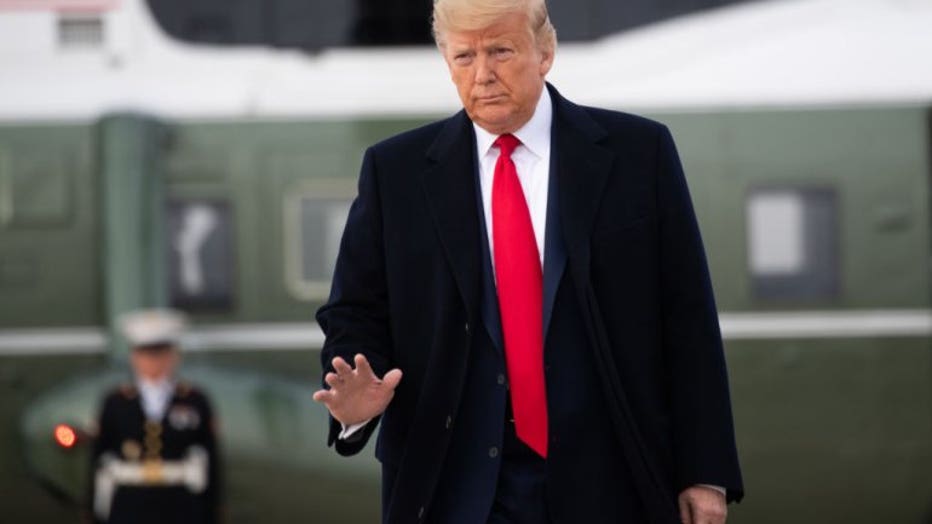 US President Donald Trump boards Air Force One prior to departure from Joint Base Andrews in Maryland, January 23, 2020, as he travels to speak at the Republican National Committee Winter Meeting in Miami, Florida. (Photo by SAUL LOEB / AFP) (Photo b 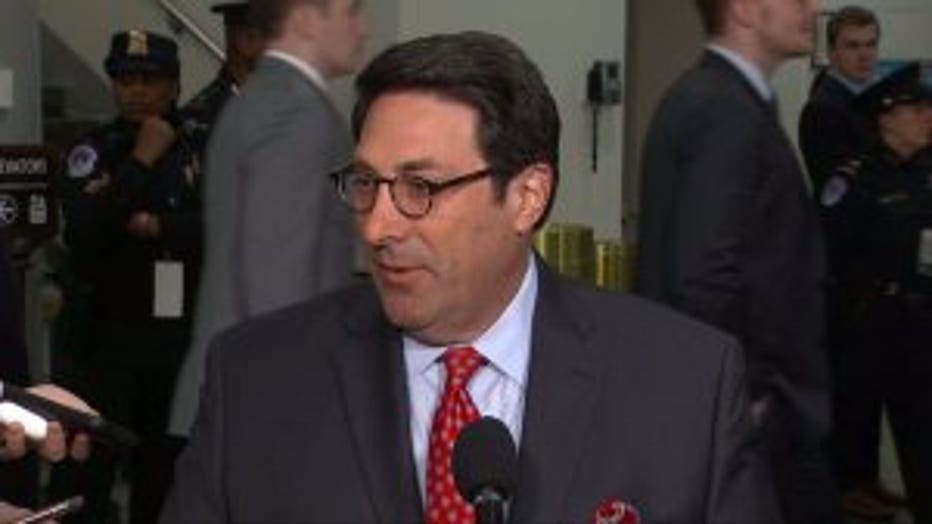 "We're hearing the same things over and over. That's the way they're going to be doing the case," said Jay Sekulow, outside counsel for President Trump. "We will be putting a vigorous defense of both fact and rebutting what they've said. Our job here is to defend the office of the presidency and the constitution."

House impeachment managers will turn their attention to the second article of impeachment -- obstruction of congress -- on Friday, Jan 24. That will wrap-up their opening statements. That means President Trump's team could start Saturday.