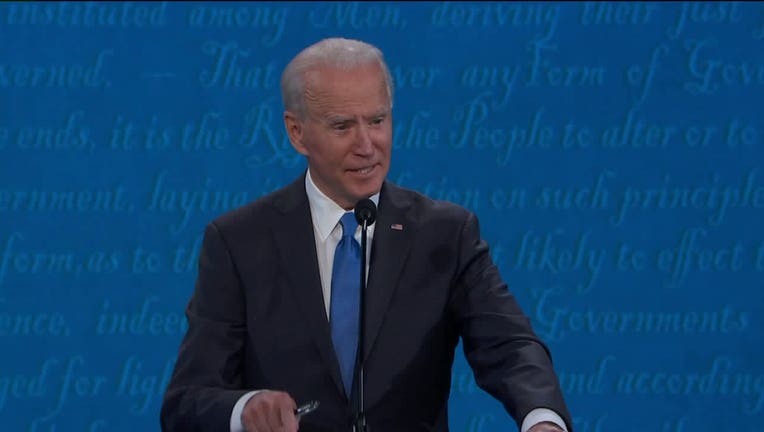 Biden mentioned Wisconsin would be among the states he'd be visiting in the coming days as he delivered remarks in Chester, Pennsylvania on Monday afternoon.

He will deliver remarks around 6:30 p.m.

According to a statement from Biden's campaign, in the Badger State, Biden will "discuss bringing Americans together to address the crises facing the country and win the battle for the soul of the nation."

On Thursday, Oct. 29, a spokesperson with Mitchell International Airport told FOX6 News that the former vice president will hold a "small private meeting" on airport grounds for the visit.

The previous week, President Donald Trump was originally supposed to hold a rally at Mitchell that was later moved to Waukesha. The airport's director said no, citing delays for other flights. He also stated the event would violate Milwaukee's health order limits on public gatherings.

As to Biden's event, the spokesperson said: "Private meetings, involving a small number of people inside a building rather than on the airfield (and not impacting airport operations) do not require approval from the Airport Director."