Metcalfe`s Market, seeking thermometers, paid up to $140 each, waited 6 weeks

Metcalfe`s Market, seeking thermometers, paid up to $140 each, waited 6 weeks 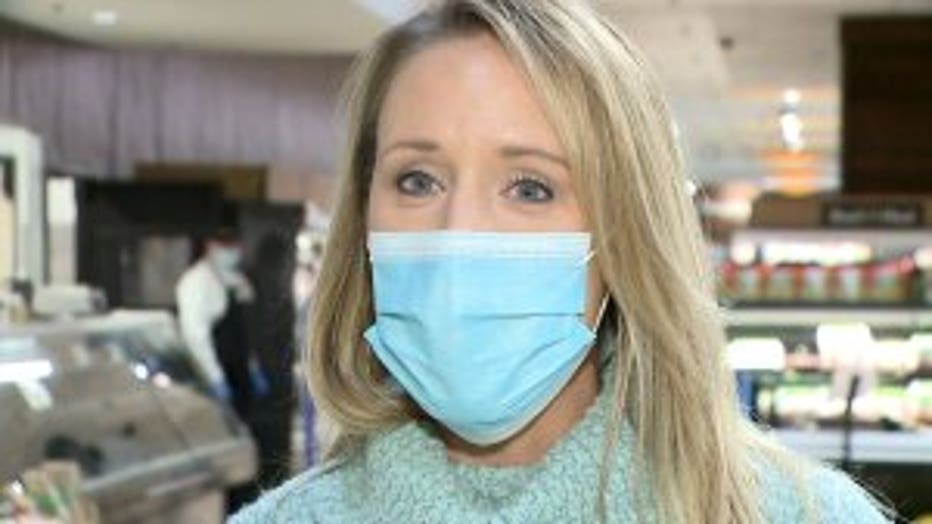 WAUWATOSA -- Business owners who want to screen employees for symptoms of COVID-19 will find it difficult without thermometers -- hard to come by amid the coronavirus pandemic, and the reason lies in China.

Metcalfe's Market has 500 employees between three stores, but company leaders said Wednesday, May 6 so far, they've seen no positive cases of COVID-19.

"I think we've done remarkably well," said Lisa Grudzielanek, assistant director of operations. "We have a very resilient staff. They've really stepped up to the challenge."

Six weeks ago, Tim Metcalfe, the company's president, began planning for the worst. 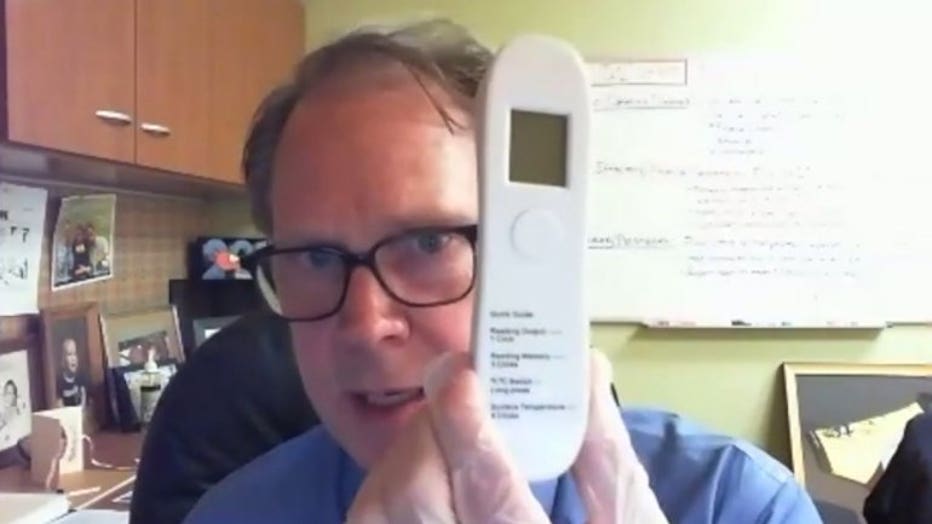 He ordered forehead thermometers online so he could screen employees for fever. What he got was the short end of the supply chain. Metcalfe said the first batch he ordered -- at $59 each -- had erratic readings. The next batch cost $140 a piece, and took six weeks to arrive.

"And it does work, so we feel good about it," said Metcalfe.

Pop into Milwaukee-area stores, and you'll be hard pressed to find any adult thermometers on the shelves. Contact 6 visited four stores and only found one thermometer. Scrolling through store websites revealed widespread shortages. 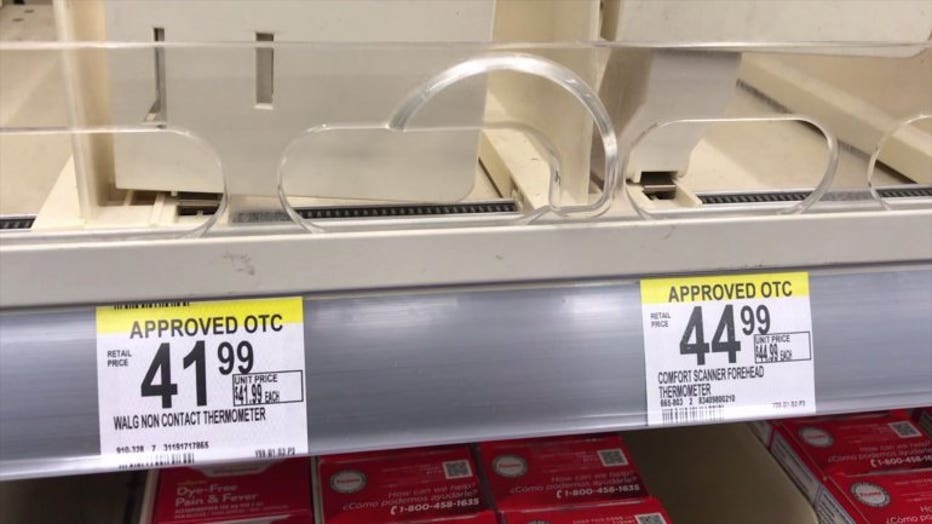 Target officials said, "We're working hard to accommodate this increased demand," while officials at Walgreens said, "We are restocking stores as quickly as possible." 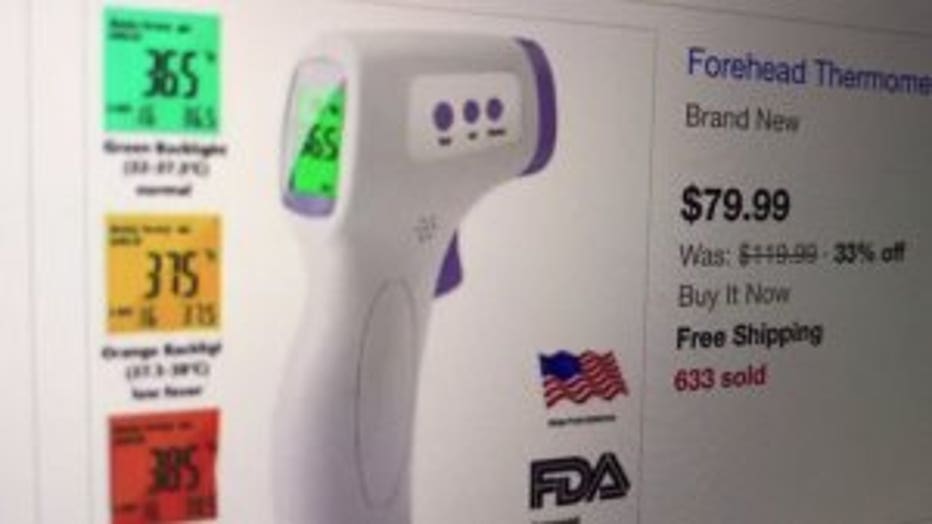 Fisher said the reason for the backlog lies in China.

"Eighty percent-plus, perhaps 90% of all global electronics are made in China," said Fisher. 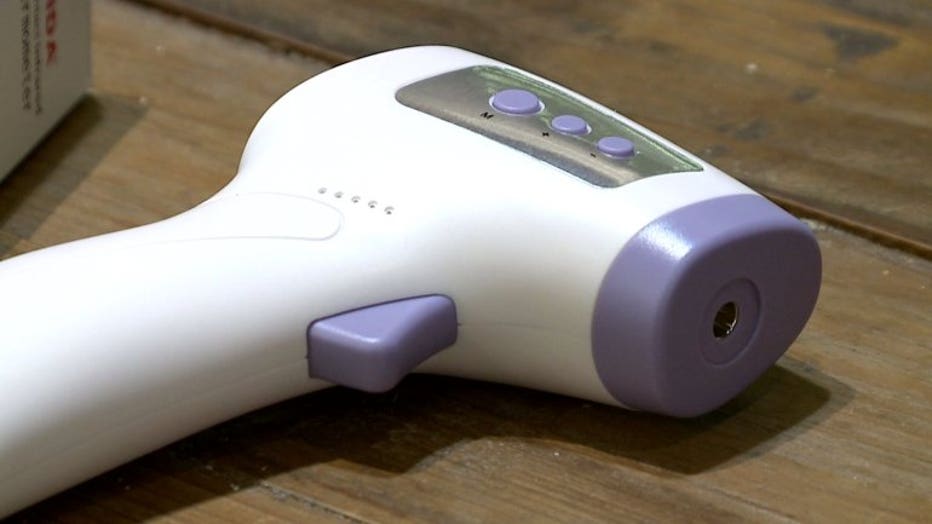 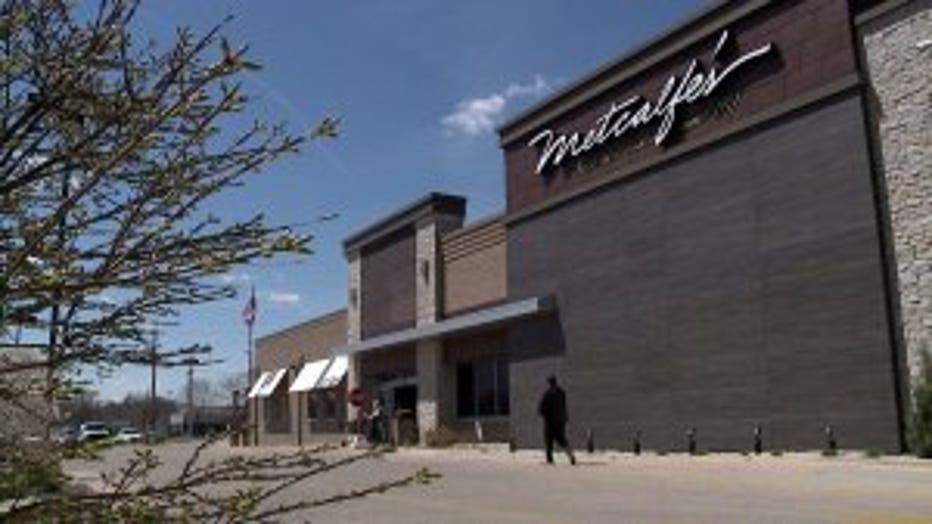 Fisher said normal lead times for Chinese-made items can be three months. Combined with the arrival of COVID-19 at factories...

"It hit at the same time China was pulling back their production," said Fisher. "They had to shut down quite a bit, as well."

As of Wednesday, employee temperatures were not being taken at Metcalfe's Market, but officials said that could change if they have a positive test within their organization, or they decide to be more proactive about screening.

"We have one forehead reading thermometer per store, and have trained staff at the store for procedure on checking temperatures," said Grudzielanek.