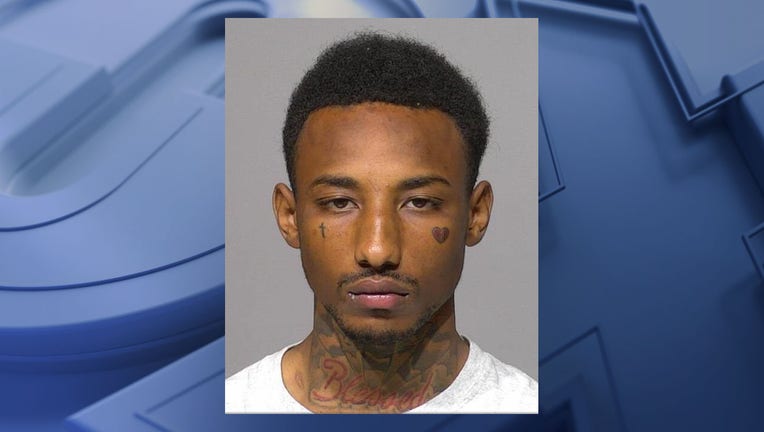 MILWAUKEE - Delmonta Perkins pleaded guilty on Thursday, March 24 to two of four charges against after leading police on a high-speed chase in a stolen vehicle on June 2021.

As part of a plea deal, Perkins pleaded guilty to amended charges of operator flee/elude officer and second-degree recklessly endangering safety. Two other charges – drive or operate vehicle without consent and resisting or obstructing an officer – were dismissed and read into the court record for the purposes of sentencing.

According to a criminal complaint, a fully marked Glendale squad car was near N. Port Washington Road and W. Silver Spring Drive around 11 a.m. when they pulled up behind a 2021 black Mercedes GLA in the turn lane. The car was reported stolen out of Milwaukee, according to Milwaukee police.

After turning on to westbound Silver Spring, police attempted to pull over the vehicle, but the Mercedes sped up. Police gave chase, as the Mercedes then reached speeds of 100-105 mph.

The complaint states the vehicle used the right turn lanes to pass drivers, ran red lights and ultimately, hit stop sticks placed by Glendale police near 24th and Silver Spring. The Mercedes continued to travel westbound on Silver Spring until it hit a car crossing 27th Street. The Mercedes came to a stop in bushes on the eastbound side of Silver Spring.

The driver – later identified as Perkins – and a passenger fled on foot.

According to the criminal complaint, K9 Brix of the Glendale Police Department found Perkins under a car near 27th and Silver Spring. The passenger of the Mercedes was also located hiding under a car in the same area.

Perkins did not initially comply with police orders to come out from under the car, a complaint said. He also provided a fake name and date of birth in questioning but was later identified through fingerprints.

History was made at Fiserv Forum on Thursday as, for the first time, a female public address announcer worked the Milwaukee Bucks' game.