MILWAUKEE -- The website for the state's top job-creation agency shows that state officials have helped bring hundreds of jobs to Milwaukee's Sherman Park neighborhood. Only one problem: the companies don't exist there.

"In an era where we’re supposed to be having transparency and truth, and we’re supposed to be having agencies working toward the betterment of our communities, we have deception and we have lies ," said Rev. Willie Brisco, president of the Milwaukee-based faith group WISDOM, as activists gathered at the intersection of Sherman Boulevard and Meinecke Avenue on Tuesday, August 23. 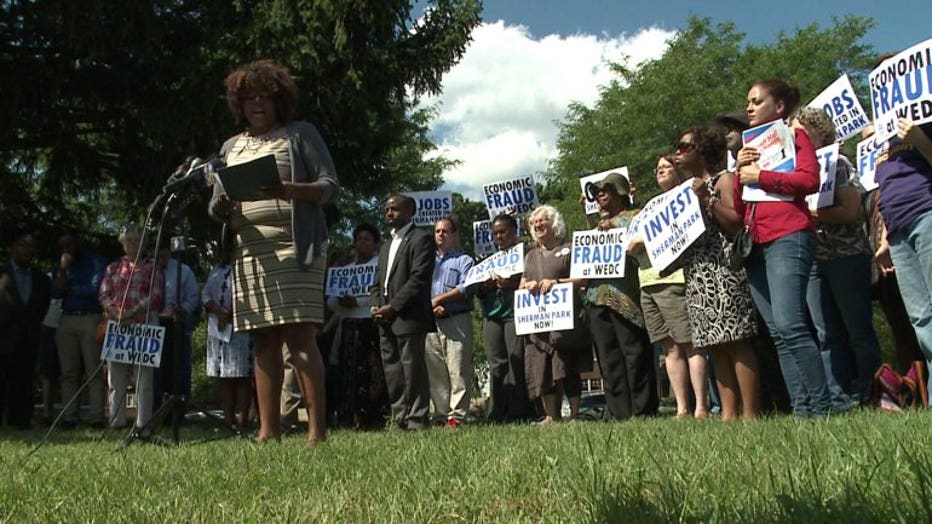 A spokesman for the Wisconsin Economic Development Corporation acknowledged the mistake and blamed it on a software error, but said the activists' accusations of deception were "false and misleading."

Saelens Corp. has a facility on Milwaukee's far northwest side and Merge Healthcare Inc. has an office in the Milwaukee suburb of Hartland. The third firm, Novation Companies, sold its Wisconsin operations in January to ShoreTel, which maintains an office and about 100 employees in the Schlitz Park neighborhood downtown. 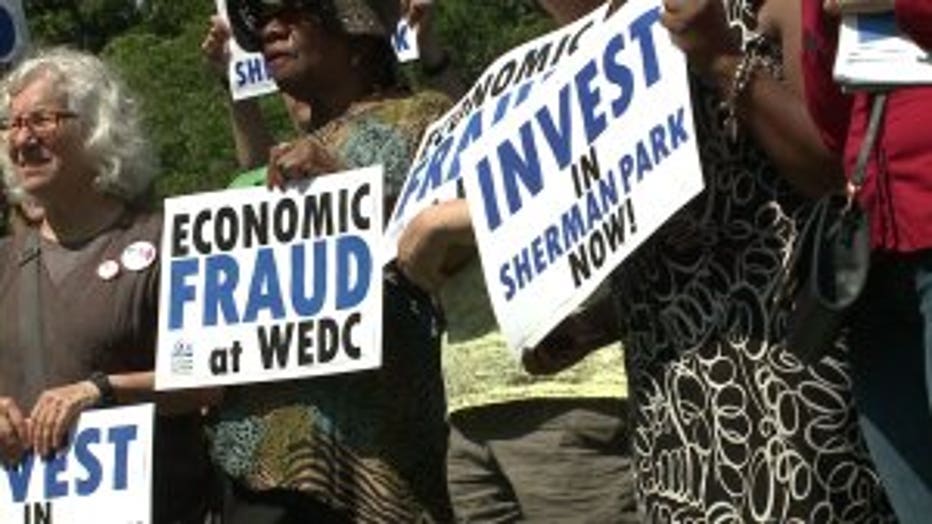 "The primary website that they`re promoting is just wrong. It`s not created jobs in this neighborhood at all," said Robert Kraig, executive director of the liberal group Citizen Action of Wisconsin.

A WEDC spokesman said a lack of information about the companies resulted in the mapping error.

"When the physical address data cannot be precisely plotted, such as when a PO Box is provided, the system generates an approximate location," said Mark Maley, a WEDC spokesman.

The Sherman Park neighborhood has experienced turmoil in recent weeks. A Milwaukee police officer fatally shot a 23-year-old man there on August 13, sparking two nights of disorder that left a half-dozen businesses burned, several police officers injured, and a community on edge.

Maley said the activists' broader claims about the agency's intent were an attempt to "generate headlines."

WEDC "has never claimed to have created a specific number of jobs in the Sherman Park neighborhood," he said. 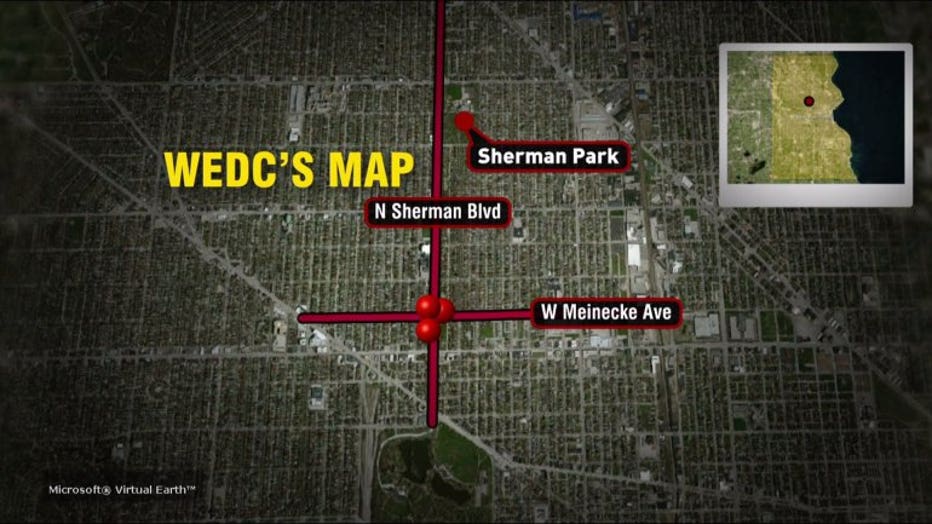 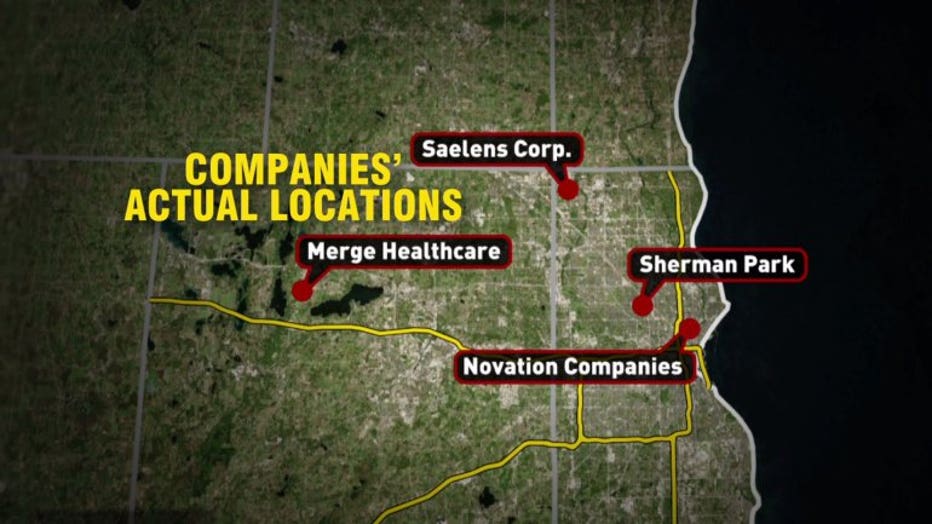 On Monday, August 22, Gov. Scott Walker was taking WEDC officials at their word regarding job creation. 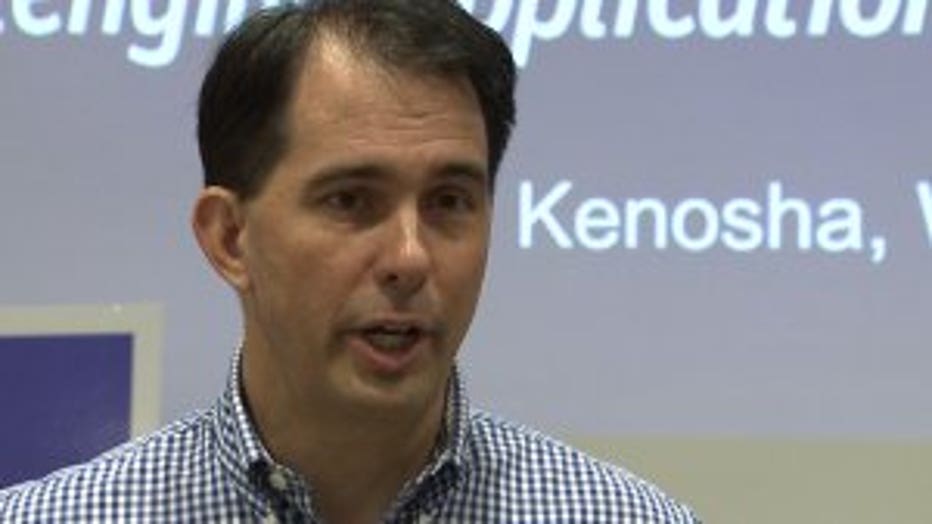 "I think that`s other groups trying to create trouble where there isn`t trouble out there," Walker said. "I`ve said, the number one issue in Sherman Park for economic development is workforce (readiness)."

Democrats and activists argued that the top problem in Sherman Park was a lack of opportunities for its residents, a larger issue than the website error. 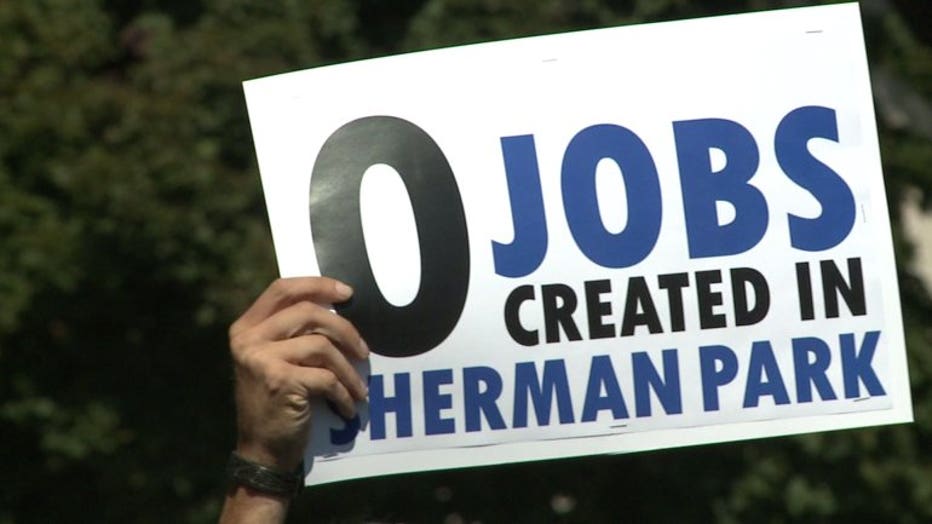 He said Merge Healthcare has created 197 jobs at its Hartland office, more than the 100 expected jobs when it received a $500,000 tax credit in 2011. Saelens Corp. delivered 68 of the 107 pledged jobs at its Diamond Precision facility on Milwaukee's far northwest side and has received $168,210 through September 2014.

WEDC officials are seeking repayment of $664,794 in tax credits from Novation Companies after it sold its Wisconsin operations in January.

Below is the complete statement from Maley:

The contention by Citizen Action of Wisconsin is false and misleading, and is an attempt by the group to generate headlines based on a cursory review of WEDC’s online economic development impact map.

WEDC is fully committed to seeing the city of Milwaukee succeed economically and has committed more than $250 million to the city since 2011, and has never “claimed” to have created a specific number of jobs in the Sherman Park neighborhood, as Citizen Action falsely contends.

WEDC’s online impact map uses standard Geographic Information System (GIS) technology to visually represent the physical address of award recipients. When the physical address data cannot be precisely plotted, such as when a PO Box is provided, the system generates an approximate location. That is what happened with the companies identified by Citizen Action.

The impact map is one of many ways in which WEDC provides detailed information about loans, tax credits, grants and other awards—such as the amount of the award, the number of jobs expected to be created from the award, and the value of capital investment associated with the award. In addition to the map, that information is available in a searchable database and downloadable spreadsheet on our website, in WEDC’s Annual Report on Economic Development, and in quarterly reports submitted to our Board of Directors.

WEDC will continue to modify and upgrade those tools as part of an ongoing effort to be as transparent and accountable as possible.

What cannot be overlooked is that WEDC, along with numerous Milwaukee-area partners, is taking a long-term, strategic approach to help create jobs, assist entrepreneurs in starting and growing their own businesses, revitalize distressed buildings and areas, and generate capital investment in those communities.

A few of the examples of specific initiatives we have undertaken in Milwaukee include: