KANSAS CITY, Kan. - A second arrest was reported Saturday in the death of a 3-year-old Kansas girl whose disappearance triggered an Amber Alert.

Jacqulyn Kirkpatrick, 33, has been booked on murder and child abuse charges in the death of the little girl, Olivia Jansen, in Kansas City, Kansas, according to reports.

Kirkpatrick was the girlfriend of Olivia’s 29-year-old father Howard Jansen III, who was arrested Friday in his daughter’s death, Fox 4 Kansas City reported. 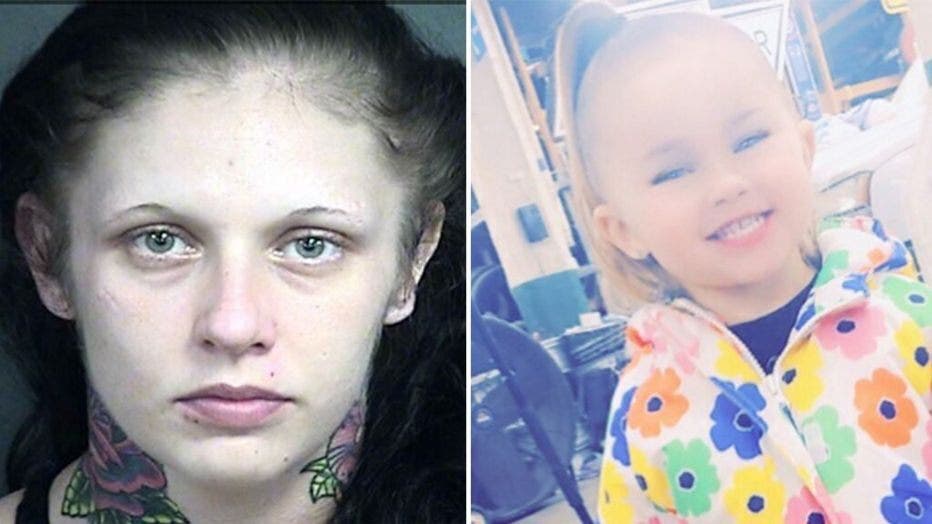 Jansen was booked on the same charges as Kirkpatrick.

Police arrested him after Olivia’s body was found about 5:45 p.m. Friday about nine blocks from her home, according to reports.

KCKPD investigators began looking for the girl after Jansen reported her missing Friday morning. He reported last seeing Olivia around 11 p.m. Thursday when he went to sleep.

Jansen told cops he discovered his daughter missing when he woke up at 5:30 a.m. Friday, according to FOX 4. He then waited three hours to call police.

KCKPD spokesman Tom Tomasic said they heard “several stories throughout the day” and “none of them made sense,” according to the station.

An Amber Alert for Olivia was issued that said although there was no known suspect or suspect vehicle, “Due to her age and a search of the area, investigators believe that she was taken from the location."

Investigators looked for the girl during the day Friday with all-terrain vehicles, drones, and police dogs.