MILWAUKEE -- Charges were filed Thursday, Sept. 5 against three young men accused in connection with a fatal shooting that happened Friday night, Aug. 30 near Winona Lane and Forest Home Avenue. According to prosecutors, the shooting happened after the three men showed up to a home looking to obtain marijuana. Prosecutors said they planned to rob the dealer. The dealer's friend was gunned down after he tried to get up off the couch. 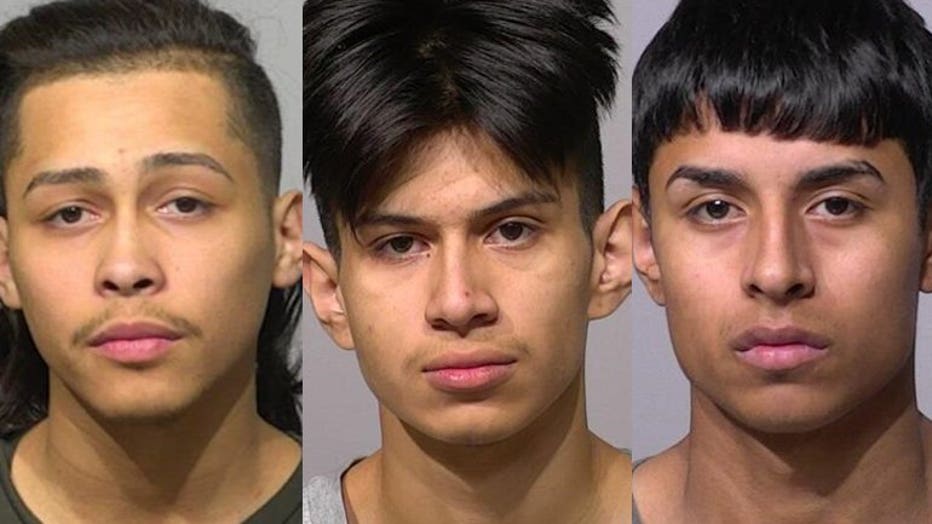 Witnesses said Garcia was the one who fired the gun in this incident, while Herrera set up the drug deal. Prosecutors said Herrera implicated Jeronimo, telling investigators Jeronimo set up the drug deal and arranged for a ride to the home where the shooting happened -- telling the co-defendants "they were going to take" the marijuana.

According to a criminal complaint, police were called out to the home on Winona Lane near Forest Home Avenue just after 10 p.m. following a ShotSpotter alert regarding gunshots in the backyard.

At the home, officers observed a man laying on the floor. Life-saving measures were attempted, but the man was pronounced dead at the scene. He was identified as Natanael Amilcar Zapata-Santiago, 21.

An autopsy revealed he suffered a gunshot wound to the chest and left arm. 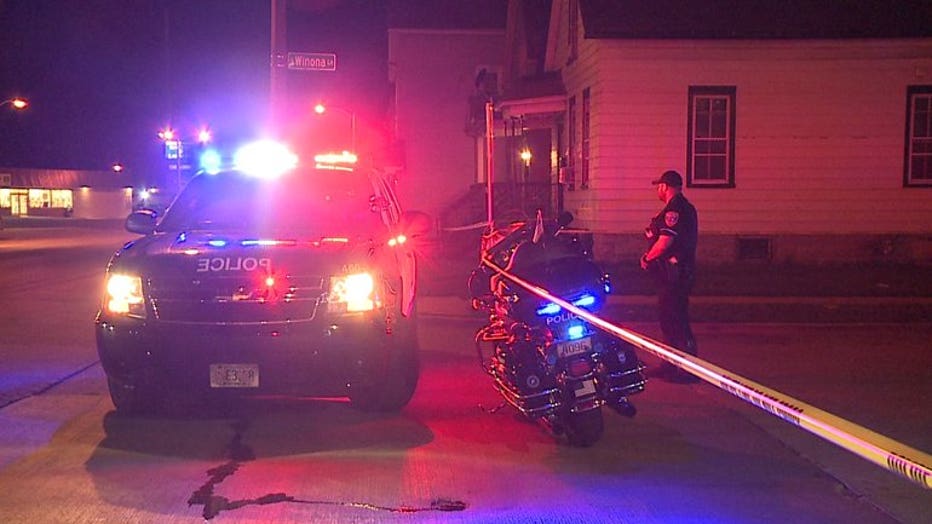 A resident was interviewed by police, and said he had been friends with the victim for several years. He said before the shooting, he, his girlfriend, and the victim were in the living room drinking, smoking marijuana, and playing video games. He said he heard people coming into the house, but didn't think anything of it. He said he soon saw three Hispanic males in the dining room -- two of them holding guns. When Zapata-Santiago tried to get up off the couch, he was shot. The witness said the Hispanic males looked like they wanted to take something, but they didn't -- running out the back door after the shooting.

The victim's brother said this witness ran to his house across the street after the shooting, and told him his brother had been shot. When he asked what happened, he said the witness told him that "a deal went wrong, and they tried to rob us," according to the complaint.

The witness was arrested and interviewed by police again. The complaint said he indicated this was not a home invasion robbery. Instead, he said that night, his girlfriend was contacted by a marijuana buyer who wanted a half-pound, and arrangements were made for the deal. When the guy showed up, he was with two other people. All three entered the house. The witness said "everything seemed to be going well," and the agreed upon price was $1,800. Shortly after the marijuana was weighed, the witness said two of the guys pulled out handguns and told them not to move. At this point, Zapata-Santiago "leaned forward as if he was going to stand up," and he was shot once. The three men then grabbed the marijuana and ran. The witness said he heard additional shots in the backyard. 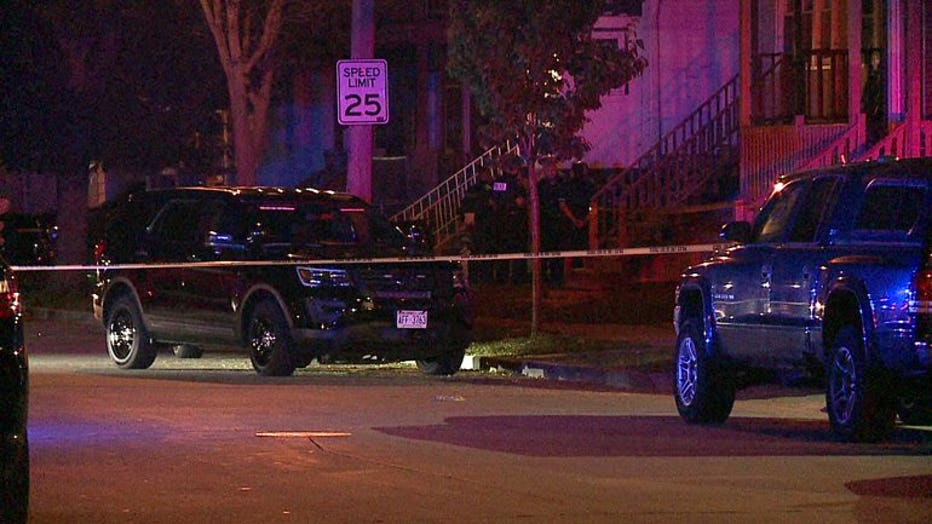 Police interview with girlfriend of witness, also in the home during the shooting

According to the complaint, police spoke with an individual who said she had spoken with the girlfriend who allegedly arranged the marijuana deal, who was "afraid to come and talk to the police." This person said the girlfriend provided the names of the people who came over to buy the marijuana. A photo array was created, and the initial witness identified Ernesto Garcia as the person who was doing most of the talking during the drug deal.

The girlfriend was interviewed by police, and the complaint said she indicated she sells marijuana on Facebook, and she was contacted by a woman who asked for the price of a half-pound and quarter-pound -- asking that the deal be coordinated with her brother. The brother arrived at the home with two others. He identified them as his brothers, and all were let into the home. The girlfriend said soon, guns were pulled, and the three men told them not to move. She said she was "in shock" after the shooting. She identified Garcia as the person who fired the gun. She identified Herrera as the person she had been communicating with regarding the drug deal, the complaint said. 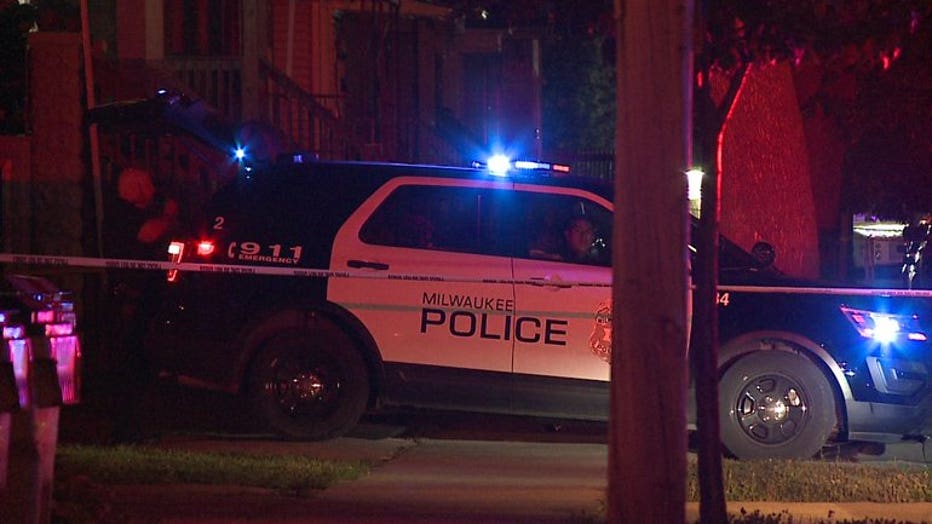 Herrera was arrested Sept. 1. According to the complaint, he told investigators he was chilling with friends when Garcia and Jovany Jeronimo came over. Herrera said Jeronimo "wanted to get some week, and called his plug" before calling for a ride to take them to the address where his "plug" lived. They drove to the home on Winona Lane, where Jeronimo said "they were going to take the plug's (expletive)." Herrera said Jeronimo was the one who fired the gun. Herrera said he grabbed a bag of weed before running out of the house because Jeronimo told him to. Herrera denied having a gun, the complaint said.