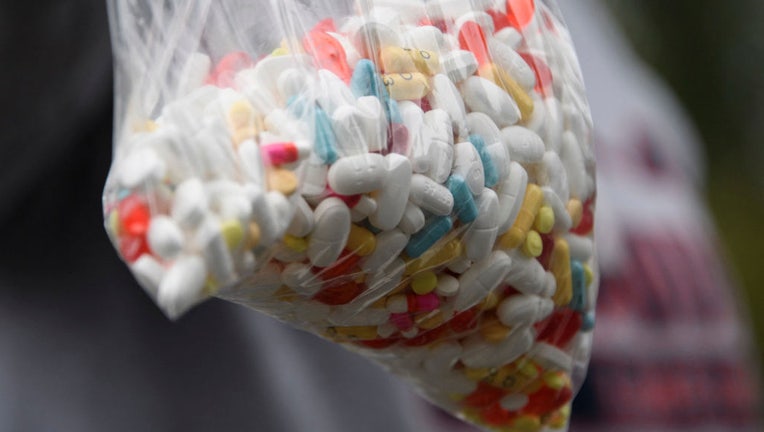 A bag of assorted pills and prescription drugs dropped off for disposal is displayed during the Drug Enforcement Administration (DEA) 20th National Prescription Drug Take Back Day at Watts Healthcare on April 24, 2021 in Los Angeles, California. - Ac

MILWAUKEE - The Drug Enforcement Administration announced on Monday, Feb. 7 a new initiative, Operation Overdrive, aimed at combating the rising rates of drug-related violent crime and overdose deaths in the nation. Milwaukee is one of 34 cities being targeted to take part.

The DEA launched Operation Overdrive to identify and dismantle criminal drug networks operating in areas statistically identified as having the highest rates of violent crime and drug overdoses.

A news release says DEA, working in partnership with its fellow federal, state and local law enforcement agencies, has mapped the threats and initiated enforcement operations against those networks in 34 locations including Milwaukee in the initial phase of Operation Overdrive.

The release says in 2020, homicides increased a record 30 percent and 77% of the murders in the United States were committed with a firearm. In 2021, the DEA and its law enforcement partners seized more than 8,700 firearms connected to investigations of drug trafficking organizations.

"DEA’s objective is clear. DEA will bring all it has to bear to make our communities safer and healthier, and to reverse the devastating trends of drug-related violence and overdoses plaguing our Nation. The gravity of these threats requires a data-driven approach to pinpoint the most dangerous networks threatening our communities, and leveraging our strongest levers across federal, state, and local partners to bring them down."

The Milwaukee County medical examiner has identified the three people who died in a domestic dispute at a Brown Deer apartment complex on Saturday.

Muskego family shot at while driving

Muskego police say someone shot at a car with a family inside on Saturday night.