KANSAS CITY, Missouri -- Newly released records from Kansas Department for Children and Families reveal police and medical professionals, as well as social workers, were aware or suspicious that Adrian Jones and his siblings were being abused. Jones' remains were found in November 2015 on the family's Kansas City, Kansas, rental property after officers responding to a report of domestic abuse learned the then-seven-year-old boy was missing. The boy's father, Michael Jones, was sentenced to life in prison with no chance of parole for at least 25 years. An identical sentence was ordered for Heather Jones, the boy's stepmother, in November.

It shows the state of Kansas was almost immediately concerned over the safety of Adrian and his siblings upon being removed from their mother's care and placed in the hands of their father, Michael Jones. 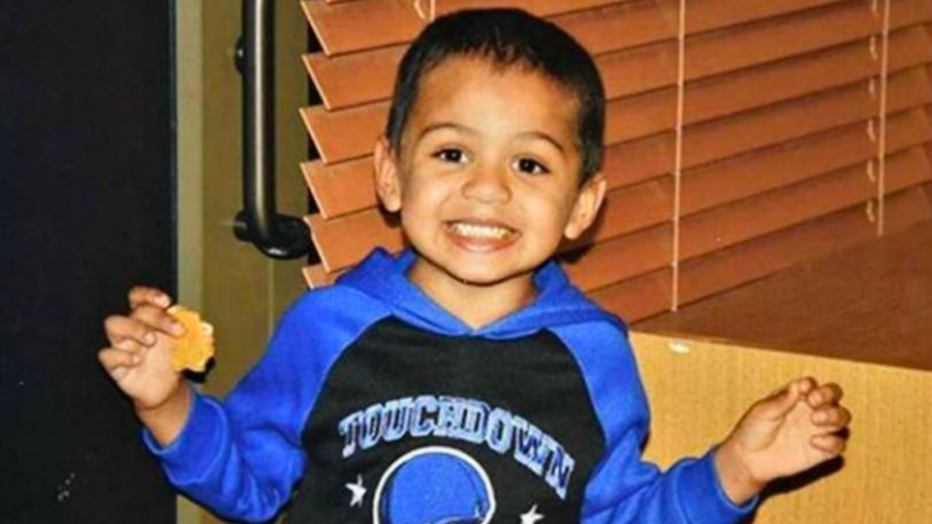 In September 2011, Michael Jones gained custody of Adrian and two of his siblings.

Three months later in December, Adrian's stepmother, Heather Jones took one of the children to an emergency room after the child had a seizure.

The document states, "Heather Jones accused Adrian of pushing the child down the stairs."

Heather was the only adult at the home when the child was hurt.

Adrian was just three years old. The other children were said to be at school.

Doctors questioned Heather's statements because the child also had internal bleeding and bruises that, "don't add up to falling down the stairs."

At that point, Heather told medical staff, Adrian also, "hit with a rod," according to the report. 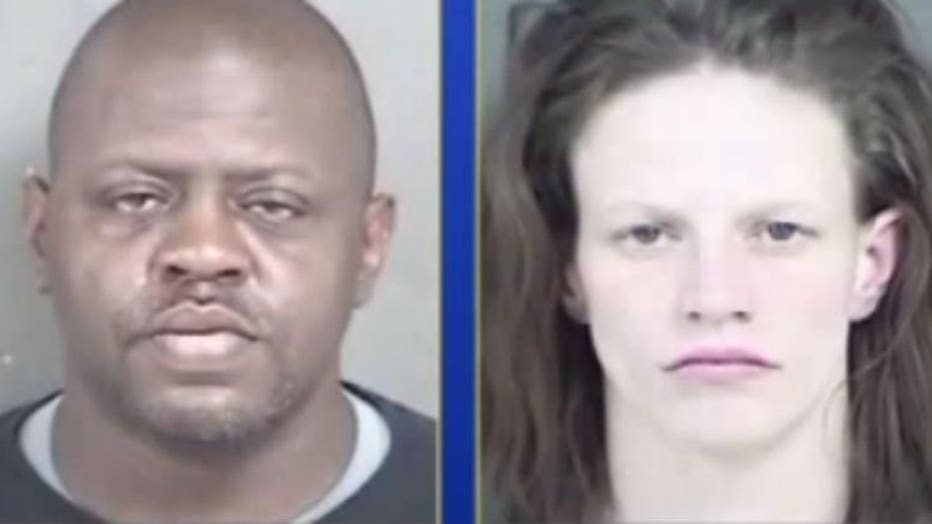 During the ER visit, doctors also noticed Adrian had a black eye. According to the records, Heather told hospital staff Michael hit Adrian for wetting his pants.

Michael claimed he didn't know Adrian had a black eye because the kids were with Heather and the two were separated.

Dianne Keech, a former deputy director for DCF, analyzed some of Adrian's file and said it's obvious the kids should've been taken into protective custody.

"It is extremely clear that these kids are not safe in the home," Keech said.

Michael told investigators he was separated from Heather at the time because he thought she was on drugs and was acting "erratic."

At that time, Michael signed a form that he would not allow Heather to have contact with the children while the state investigated her for child abuse. 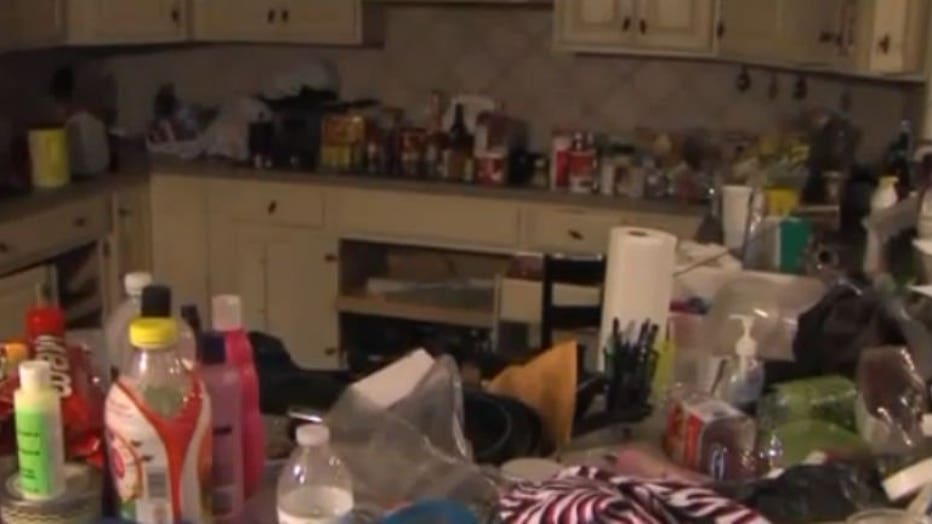 Within days of the incident, several child welfare professionals made contact with the family, including a Topeka police officer.

During the interview, Adrian stated to the officer that his father hit him on the face.

At other times, Adrian would report that Heather hit him.

Adrian's aunt also told the police officer that the kids were commonly injured while in Heather's care. She states that Adrian told her Heather bruised Adrian's face and that Heather, "tells the children to say their sibling did it."

The aunt also said Heather only hits her stepchildren not her biological kids.

Adrian's siblings also told the officer they could hear Heather choking Adrian at night. According to the documents, the child told the officer, it sounded like "he was dying."

A social worker interviewed Heather over the phone. The worker reports Heather started crying and said, "I would never do anything to hurt them."

Adrian was marked as high risk for abuse by DCF, but was also deemed "safe," according to the documents.

The claims that Heather was abusing the children were found unsubstantiated. According to the records, the children's stories were inconsistent and abuse could not be proven. Still, Heather was not allowed to be around the children unsupervised.

In February, a DCF investigator interviewed the children at their elementary school after receiving a report that Heather was abusing the kids.

The reporter stated that Adrian and one of his siblings had scratches all over their faces.

The caller also claimed that Heather choked Adrian because he didn't flush the toilet.

The worker asked the kids if Heather was staying at their house with them. While the children denied seeing her. One of the kids said Adrian had bruises and was punched "on his cheek." The child didn't know who did it but said it was probably Heather. The child stated Heather was alone with Adrian in the bathroom.

One of the children stated they haven't seen Heather because, "Dad doesn't want to be with her anymore because she keeps hitting us and we are moving to a farm so she won't know."

The investigator evaluated all the children, including Adrian, and noted that none of them had any bruises or markings.

The record shows, "Facts and circumstances do not support a substantiated finding by clear and convincing evidence. Heather has not had recent contact with the children, which was verified by the oldest child and dad. It appears the older child was disclosing past abuse. The children were observed and did not have scratched on their necks or face. There is not clear and convincing evidence heather physically abused the children."

Kansas DCF claims its last contact with the family was in 2012 when Michael and the kids moved to Missouri.

Missouri Department of Social Services also has a lengthy record with the family. However, nothing in those records shows MDSS was ever made aware by Kansas DCF that the children should not be around Heather.

Shortly after the family moved to Missouri, MDSS got a hotline call that the kids were being abused. When a social worker visited the home, it's noted that Michael and Heather were both living there.

Keech said the agency in Missouri should've been notified by Kansas DCF about the agency's recent involvement with Heather and the claims that she was abusing the kids.

"They don't even report the history of physical abuse to Adrian. That is a very serious oversight," Keech said.

The 41 Action News Investigators recently reported that a Missouri social worker requested Adrian be removed from the home after noting he had markings on his wrists that Adrian claimed were from his dad tying him up with tape.

The record shows, in that incident, a juvenile officer denied the request and asked the social worker to put a safety plan in place to keep Adrian in the home.

Keech said the juvenile officer had to deny the request to take Adrian into protective custody because there was no evidence that social services had made efforts to help the family resolve their issues.

"If they had known that Kansas had investigated physical abuse against Adrian and that there's a safety plan that she was not supposed to have contact if that had been reported to the juvenile officer — the juvenile officer would not have said, 'go back and put services in the home,'" Keech said. "That officer would've said, 'reasonable efforts have already been made and an emergency exists because they're not following the safety plan initiated by Kansas.'"

Neither agency will discuss the case. However, when asking Kansas DCF why Adrian was not removed from the home while living in Kansas, the agency sent the following response:

"Because of the known threat to Adrian, Heather Jones, was no longer residing in the home. This was the last physical contact with Adrian as a known resident of Kansas. His father, Michael Jones, had separated from Heather Jones, the Alleged Perpetrator, a safety plan was put in place and a Child in Need of Care (CINC) case was filed, in which the Court established the parameters. DCF does not have police or prosecutorial powers."