WASHINGTON -- Police are offering up to $25,000 for information leading to an arrest after an 11-year-old boy was shot and killed in Washington, D.C. on the Fourth of July.

The family of the young victim tells FOX 5 a holiday cookout was going on at the time, when shots rang out -- and that the 11-year-old had stopped by to pick up a few items for a cellphone. The victim was identified as Davon McNeal of Southeast D.C. 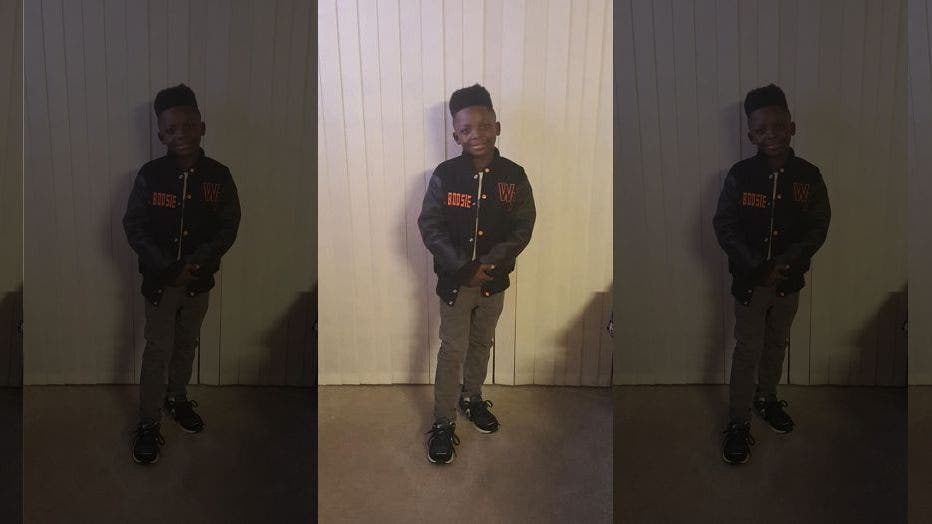 In an emotional interview, one of the victim’s grandfathers told FOX 5 he hates the Fourth of July because he doesn’t know whether to celebrate or duck from gunfire.

D.C. Police Chief Peter Newsham, on scene Saturday night, said a group of about five males had opened fire and that a dark-color sedan was seen fleeing through a nearby alley.

In scanner recordings found on the website “Open MHZ” first responders could be heard saying the 11-year-old was shot in the head. McNeal was pronounced dead at a nearby hospital.


McNeal’s maternal grandfather also went to the scene Sunday morning, which is located at the Frederick Douglass Garden Apartments near the Anacostia neighborhood of Southeast D.C.

According to Lawson, his daughter held a Fourth of July event on Cedar St. SE for the community.

“He was a good kid. I mean, his life gone. Eleven-years-old, he hadn’t lived his life yet, 11-years-old. We got to stop killing each other. Stop it. Put the guns down,” said Tony Lawson. Lawson said in an emotional plea, “Parents you know your son out. You know what your kids out here doing. If you know, stop ‘em. Stop’ em before they hurt somebody else. Just stop it, stop it, please stop it.”


Davon McNeal’s paternal grandfather also spoke to FOX 5. John Ayala said the family had actually moved out due to the neighborhood’s violence but still have relatives in the community. Ayala says the 11-year-old’s mother hosted a “stop-the-violence”-type cookout event for neighbors and that his grandson had only stopped by to pick up a phone charger and ear buds.

Ayala told FOX 5 it was shortly after McNeal got out of the car that they heard gunshots and everyone dropped to the ground.

D.C. police said a dark-colored sedan was seen fleeing through the alley. Neighbors and the DC Police Union noted, this is the same area where on June 29, two individuals were seen on surveillance cameras opening their car doors to fire high-powered firearms. In the video posted to YouTube, you see a dark-colored Audi move through the 1400 block of Cedar St. SE, its cul-de-sac and the nearby alley.

DC Mayor Muriel Bowser and Councilmember White both tweeted their grievances on this shooting.