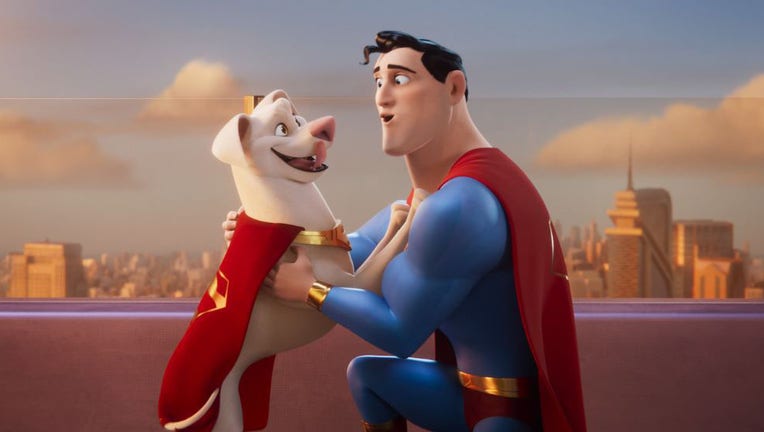 Aimed at an even younger set than "Spider-Man: Into the Spider-Verse" or the (mostly) family friendly films of the Marvel Cinematic Universe, "League of Super-Pets" doesn’t reinvent the wheel when it comes to animated movies about cute talking animals. But it’s got a zany comic sensibility that keeps things zipping along, whether letting loose with some classic "Looney Tunes"-style antics designed to delight kids or winking at their parents with satirical jokes about Superman, Batman and the rest of DC’s slate of heroes.

About "DC League of Super-Pets": Truth, justice and the animal way

Of course, it’s a savvy bit of brand management on Warner Bros.’ part to provide an easy in-road for young kids to meet the heroes of the Justice League (who also include Wonder Woman, Aquaman, Cyborg, The Flash and Green Lantern — many of whom have live-action movies on the horizon). But "League of Super-Pets" takes such a funny, warmhearted approach to its superhero storytelling that it’s hard to worry too much about the corporate synergy of it all. 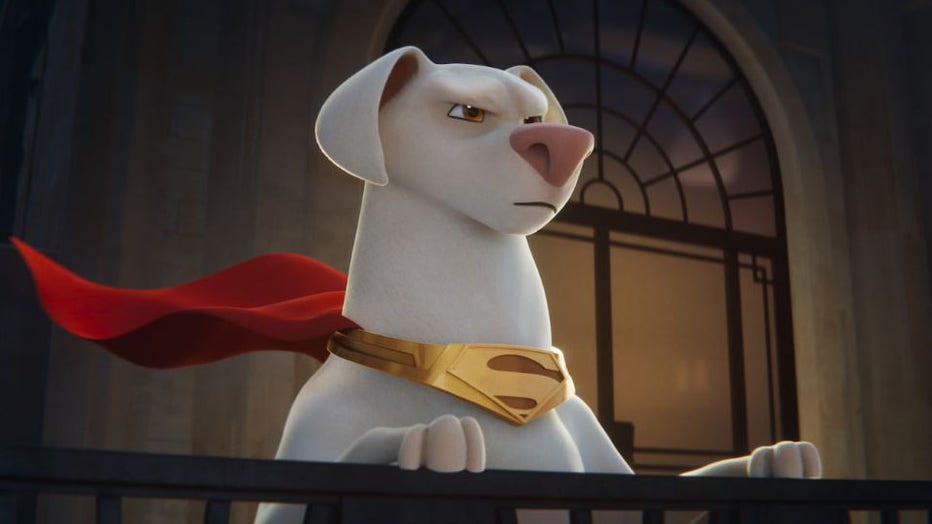 The story centers on Krypto the Superdog (voiced by Dwayne Johnson), a loyal Labrador who’s been the constant companion of Superman (John Krasinski) ever since they escaped the explosion of Krypton together as mere pups. The superpowered canine helps his owner protect the world and even has his own civilian alter ego (Bark Kent, naturally). But his super-sized ego doesn’t make him particularly great at socializing with other animals. And with Superman looking to take things to the next level with his girlfriend Lois Lane (Olivia Wilde), Krypto suddenly faces a rude awakening about having to share his best/only friend’s attention.

It’s one of the many places in which the movie cleverly blends its heightened superhero world with relatable scenarios that most pet owners have probably experienced. Though "League of Super-Pets" deploys a disappointedly bland, textureless style of CG animation, it mostly makes up for it with the creativity of its worldbuilding, the density of its jokes and its surprisingly multilayered plotting — courtesy of screenwriter/director Jared Stern and his writing partner John Whittington, who previously penned the script for "The Lego Batman Movie" together.

While the exact plot details of "League of Super-Pets" are best left discovered in the film itself, villainous forces eventually conspire to kidnap the Justice League and strip Krypto of his own powers. Unable to save the day himself, the former Dog of Steel reluctantly agrees to train a ragtag group of shelter animals who have recently gained their own super abilities: an invulnerable hound named Ace (Kevin Hart), a size-shifting potbellied pig named PB (Vanessa Bayer), a super fast turtle named Merton (Natasha Lyonne) and an anxious squirrel named Chip (Diego Luna) who can shoot electricity from his paws. 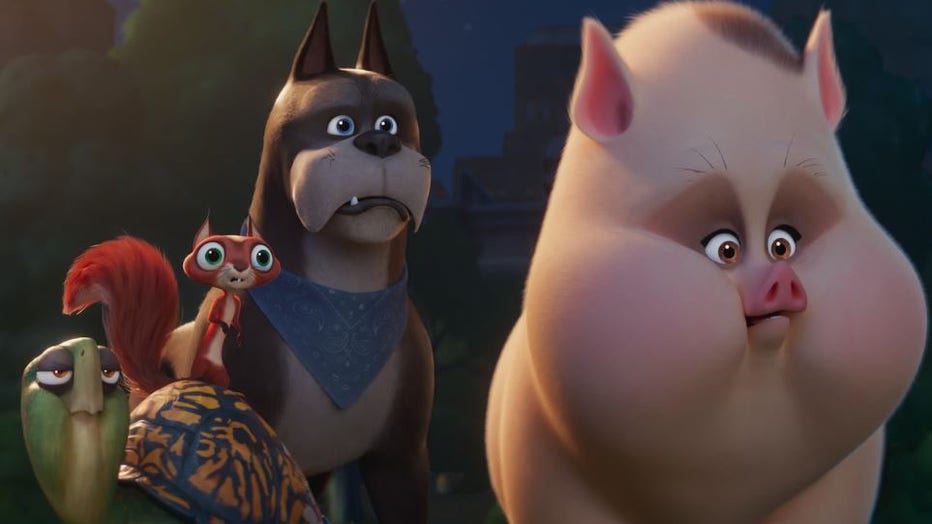 See "DC League of Super-Pets" for: The laughs

This being a kids’ movie, there are the requisite lessons about friendship, teamwork and the true meaning of unconditional love, as Krypto winds up learning as much from his protégés as they do from him. But "League of Super-Pets" is first and foremost here to have a good time. In between scatology humor for the kiddos and edgier jokes for the adults, the movie deploys age-old animation staples that are timeless for a reason: Go ahead and try not to laugh as an impossibly adorable kitten casually deploys supervillain one-liners in its cute toddler voice.

Indeed, what "League of Super-Pets" lacks in originality it makes up for in enthusiasm, particularly from some standout supporting players. Like Will Arnett before him, Keanu Reeves has a blast poking fun at the grizzled seriousness of Batman. Lyonne, meanwhile, brings her signature gravel-voiced wryness to an unexpectedly lascivious take on an aging turtle. And Kate McKinnon absolutely steals the show as a maniacal hairless guinea pig named Lulu, who’s deadset on escaping the shelter and getting back to her original owner.

"League of Super-Pets" doesn’t push animation forward like this year’s earlier animal team-up film "The Bad Guys," and it’s certainly not aiming for the artistic highs of award-winning films like "Into the Spider-Verse" or "The Incredibles." But it leans into old-fashioned, slightly anarchic Saturday morning cartoon vibes and soars on its own terms — right through its two post-credits scenes, the latter of which gets deeply meta about the DC big screen universe. As a late summer treat for families, it hits the spot like a pup cup on a hot day.

Make it a double feature with "Red Dog," streaming free on Tubi

"Red Dog" is streaming free on Tubi — get the app

How to watch "DC League of Super-Pets"

"DC League of Super-Pets" flies into theaters nationwide on July 29. It is not currently available to stream.