MILWAUKEE - After losing an hour of sleep over the weekend, you may still be feeling the impact of the transition to daylight saving time.

More than just grogginess, the time switch has been linked to more heart attacks, strokes and even car crashes. That's way some say it's time for change, and a bill recently passed by the U.S. Senate could do just that.

Adopting daylight saving year round would mean the earliest the sun goes down in the winter would be 5:16 p.m. – not 4:16 p.m. – but the sun would rise after 8 a.m. in the winter.

"I’m still getting used to it," Milwaukee resident Juan Sarabia said Wednesday. "I don’t know anybody that likes the time changes. Nobody likes changing their clocks."

It's the time of year when the extra sunlight makes people do a double-take at the clock. 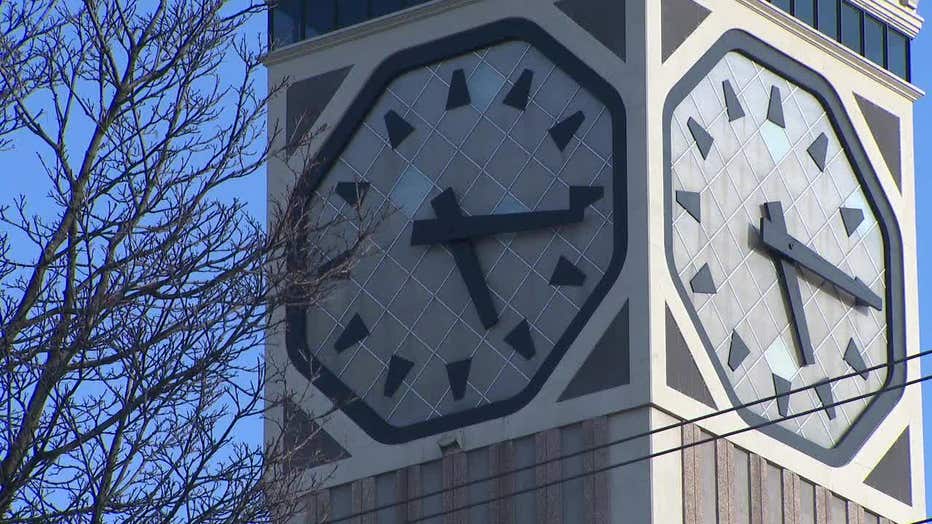 "‘I can’t believe the sun is actually in my eyes.’ Typically, when we were out at this time, it would be dark," said Melanee Cira of Walker's Point.

Falling back or springing forward can send people stumbling. UW Health's Dr. Steve Barczi said what feels like a small shift can have a big impact.

"It’s not ideal to be doing what we’re doing. Certainly not something that was ever an appropriate thing from a biological perspective," said Barczi. "There’s an increased risk of stroke and heart attack, believe it or not. There also happens to be changes in mood."

Barczi said there are also, more hospitalizations, car crashes and sick days taken after losing an hour – each among the arguments to do away with changing the clocks.

"We’ll see decreases in child obesity, decreases in depression," said Sen. Marco Rubio (R-Florida.) He argues an extra hour of daylight at the end of the day would help improve people's health.

The bill passed by the Senate is called the "Sunshine Protection Act." It would make the current time situation permanent.

"The least preferred of all options is what’s happening now, which is that we force our bodies to these transitions twice a year," said Barczi. "The debate has been a longstanding one. This extends back to World War I and World War II and many times since. The origins are to conserve energy and now we’re way beyond that."

Daylight saving time: How proposal could impact you

The U.S. Senate unanimously passed a bill that would make daylight saving time permanent. Here is how it could impact your day-to-day year round.

No matter which time is chosen, some would be happy to let the sun set on changing clocks once and for all.

"Falling back going forward, it would be great if we just consistently stayed the same," said Cira.

The Senate unanimously agreed that the country should stick with daylight saving time the entire year. The bill would still need approval from the U.S. House of Representatives and the president before it could become law.