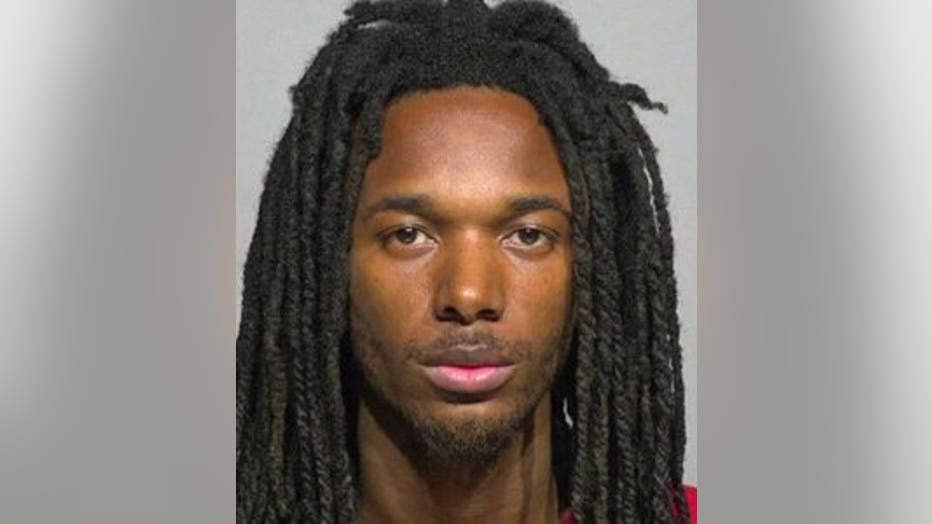 GREENFIELD -- A Milwaukee man is accused of leading Greenfield police on a high-speed chase Tuesday night, June 18. Dontray Love's past caught up with him when officials say he took them on a wild ride that reached speeds in excess of 80 mph and ended in a major crash.

"I believe he said he knew he was facing a lot of time," said Sgt. Daniel Orlowski, Greenfield Police Department.

Wanted for felony drug charges, Greenfield police took the 26-year-old Milwaukee man into custody near 43rd and Oklahoma Tuesday night, but not before he wracked up a few more charges in the process. Dashcam video captured the entire chase. 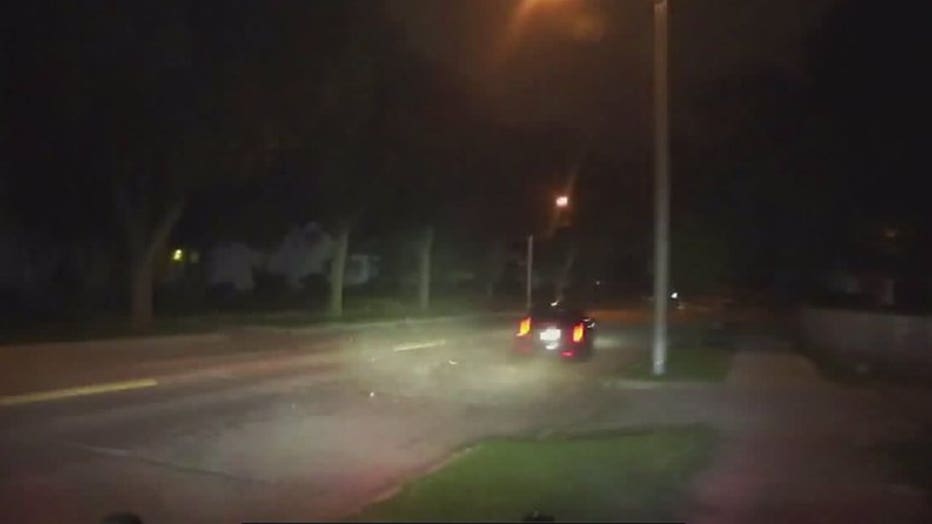 "Just total disregard for the safety of everybody else," Sgt. Orlowski said.

At first, Sgt. Orlowski says Love did pull over. 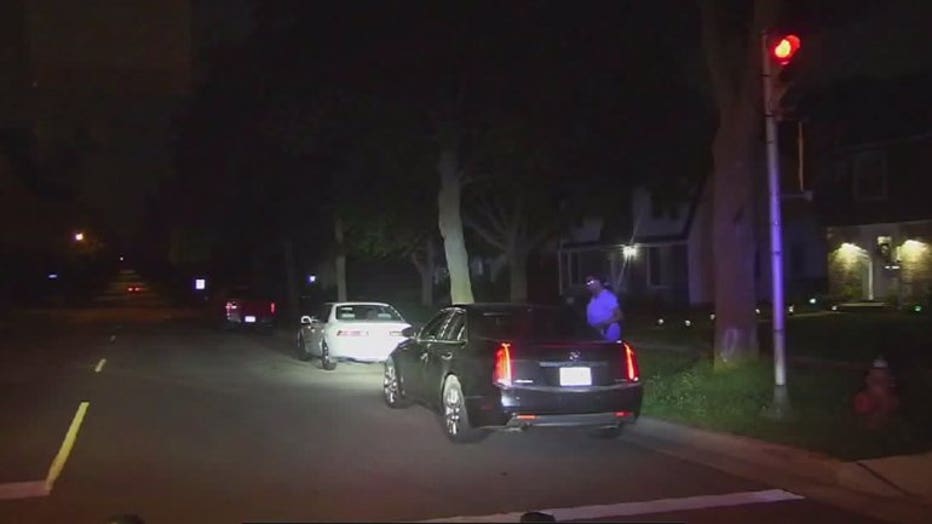 "It looked like the passenger was a female, she wanted to get out of the car. The officer told her to get back in and once that happened the vehicle took off and the officer engaged in a pursuit," said Orlowski.

The footage shows police attempt a PIT maneuver causing the suspect vehicle to spin out of control. Love then speeds off in the opposite direction, side-swiping the squad and jumping the curb. 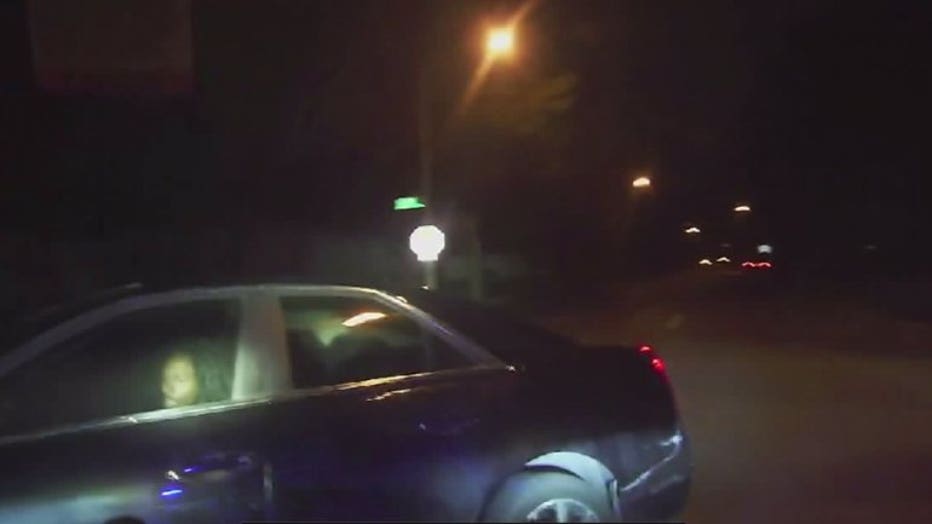 As Love approached Oklahoma Avenue, he ran a red light causing him to nearly hit other cars in the intersection.

"It swerved, lost control and hit a tree," Orlowski said.

Noe Eceheberria ran to the window when he heard the impact and saw Love run from the car. 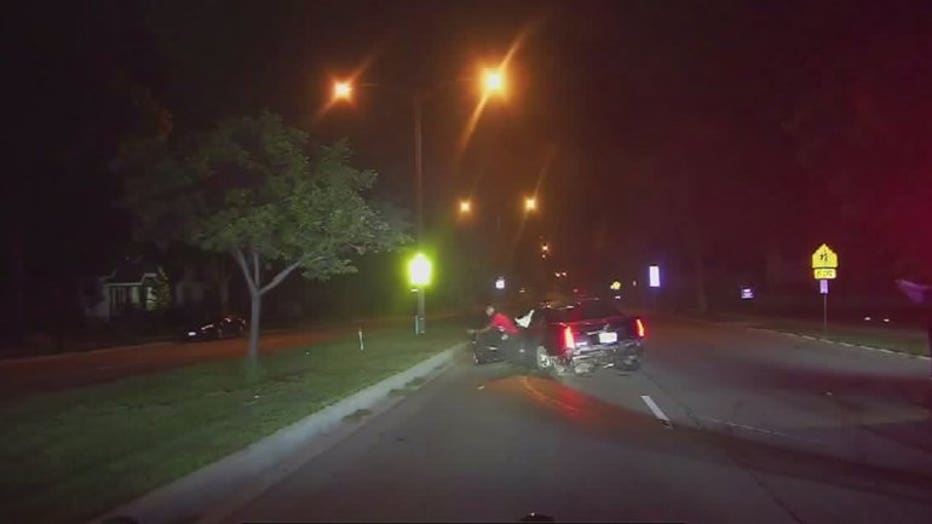 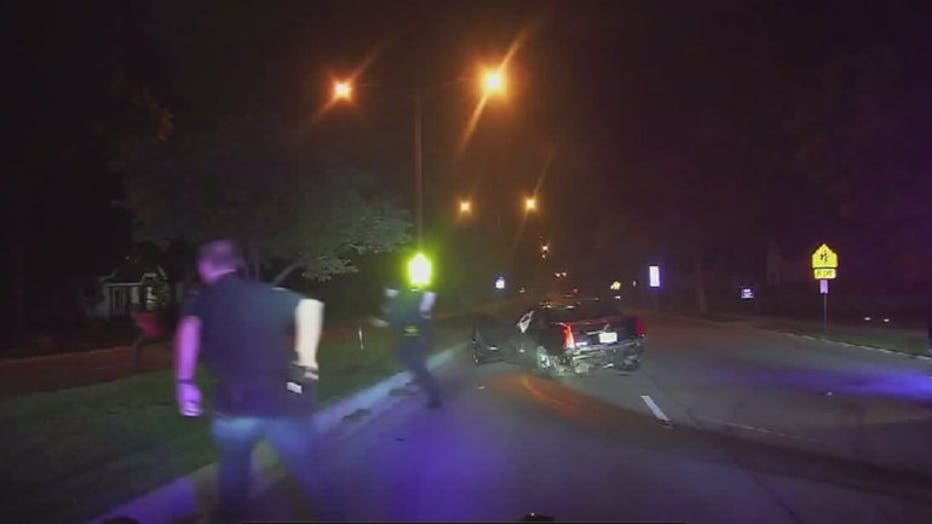 "I was concerned if he was going to have a weapon or something. Or try to come this way to my house and hide him," said Eceheberria.

To Eceheberria's relief, police caught Love within minutes. Sgt. Orlowski says he admitted to fleeing because he didn't want to go back to jail.

"Just stop," Orlowski said. "It's not worth the risk of hurting innocent civilians, innocent people out on the road." 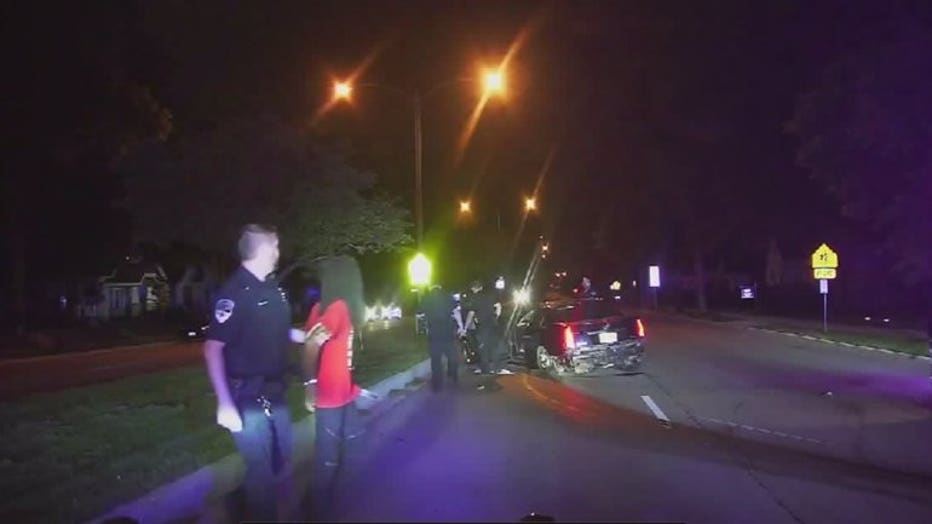 Despite the damage left behind at the scene, neither Love nor his passenger were seriously injured and no innocent bystanders were hurt.

Dontray Love has been charged with second degree recklessly endangering safety, use of a dangerous weapon and vehicle operator flee/elude officer causing damage to property.