The stage is set for closing arguments in the Darrell Brooks trial to happen starting Tuesday morning, Oct. 25 in Waukesha County court.

WAUKESHA, Wis. - The stage is set for closing arguments in the Darrell Brooks trial to happen starting Tuesday morning, Oct. 25 in Waukesha County court. Brooks is accused in the Waukesha Christmas parade attack in November 2021. The scheduling of closing arguments comes after Judge Jennifer Dorow told the jury the Brooks' defense has rested earlier in the day.

To start Monday, Judge Dorow asked Brooks if he was going to have more witnesses testify. He indicated, "maybe tomorrow." The judge indicated the only witness she thought might be available would be Brooks' mother, Dawn Woods. 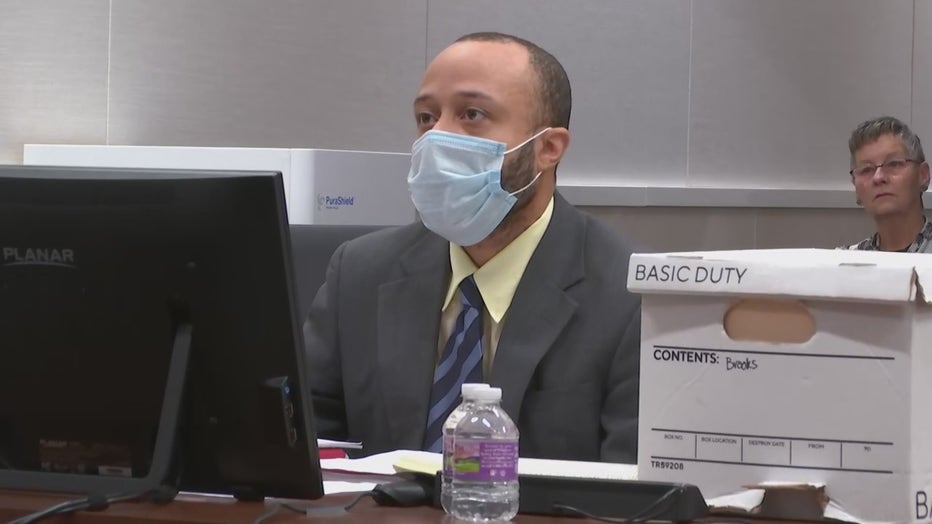 Brooks also indicated to the court that there is a class action lawsuit regarding the Ford Escape. He talked about a "malfunctioning throttle body" on the SUV. Brooks was seeking permission to recall an inspector who previously testified in the case – so he could potentially address this issue. Judge Dorow denied the request, stating the request was not timely. Brooks argued his mother provided him the recall information about the SUV – because the vehicle is registered under her name. But again, the judge denied the request – and said it was speculative that this issue was a factor in what happened at the Waukesha Christmas parade.

Brooks continued to press the judge for reasons why his request was being denied. The back-and-forth between Brooks and the judge went on for a couple of minutes – and then Judge Dorow send Brooks to the adjacent courtroom – and put the court in recess. 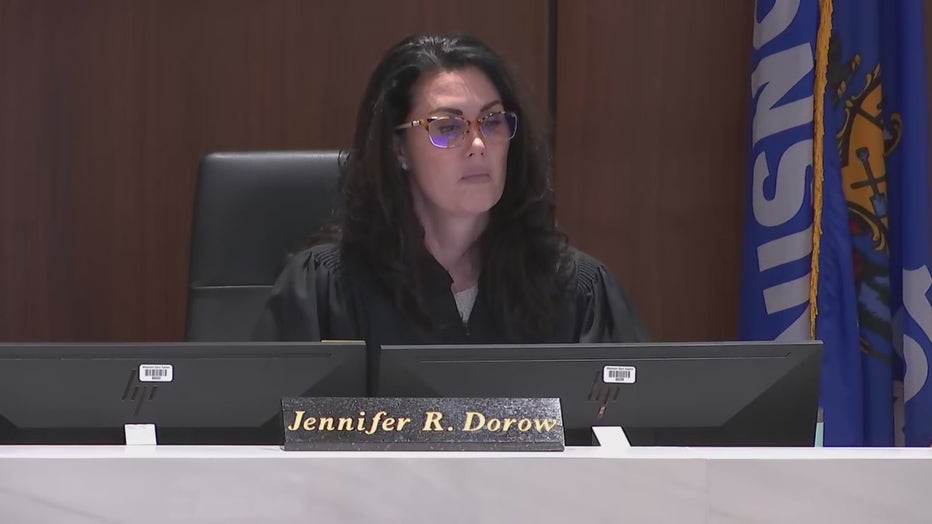 When court returned, Brooks interrupted the judge multiple times once again. At that point, she stated Brooks forfeited his right to call any other witnesses.

Judge Dorow then began advising Brooks that he has the right to testify in his own defense, but if he does, he would be cross-examined by the prosecution team. The judge noted Brooks has a book in from of him during this exchange. Through all of this, Brooks offered no response. The judge said she believed Brooks was "feigning his ability to hear."

When Judge Dorow asked Brooks if he wanted to testify, there was no response.

Darrell Brooks trial: Brooks fails to answer question about whether he wants to testify in his own defense

Darrell Brooks trial: Brooks fails to answer question about whether he wants to testify in his own defense. This happened after the judge indicated he forfeited his right to call any more witnesses in the case.

"It is very clear to this court. It's a means to a delay. It's a distraction," Dorow said.

Judge Dorow then stated Brooks is potentially forfeiting his right to testify on his own behalf. Brooks was going to be given one more opportunity to respond to the judge's questions. If he fails to answer her questions, by his actions alone, the judge said the forfeiture would happen.

Brooks told the judge, "I don't hear anything. I didn't hear you ask me anything."

Judge Dorow then took action to get the jury into the court. She indicated to the jurors that the defense case is rested.

Following the dismissal of the court, Judge Jennifer Dorow put the court into recess for roughly ten minutes. When court returned, the judge brought a sheriff's deputy and the Waukesha County court IT coordinator to the witness stand. This was an effort to put on the record that Brooks had a good connection to audio and video in the adjacent courtroom.

Brooks challenged the IT director, asking about how the system works for people with hearing loss – because he indicated he could not hear.

After the break, Judge Jennifer Dorow indicated closing arguments will be held on Tuesday, Oct. 25. Each side – prosecution and defense – will be allowed one hour to present their arguments to the jury. If the prosecution team uses less than an hour, it can use the remainder of that time in rebuttal.

Dorow also laid the groundwork for what Brooks can and cannot say during his closing arguments.

"I need to preserve how he looks to this jury. I will need a very clear pledge by him that he will follow the rulings I make as it relates to the closing arguments. He cannot raise jury nullification. He cannot raise facts that are not part of the record," the judge said. 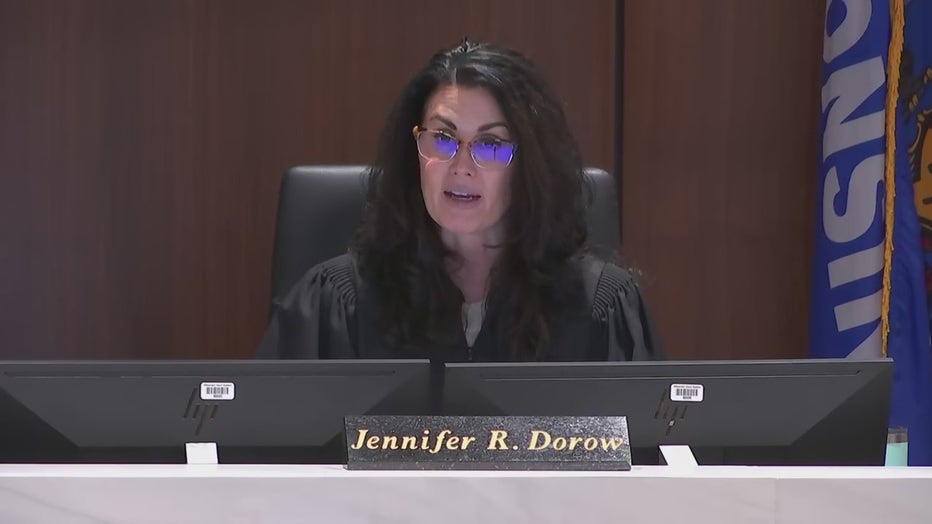 The judge also indicated jury instructions – which are 107 pages long – will take five to six hours to read. But she anticipated it would be possible to get through all jury instructions by the close of business Tuesday.

The jury could begin deliberating the case Tuesday evening – or wait until Wednesday morning to get a fresh start. Once the jury receives the case, jurors will be sequestered in a hotel until they reach a verdict. Three remaining alternate jurors will also be sequestered separately from the jury.

Lastly, Judge Dorow said once a verdict is reached, she will allow 30-60 minutes to gather the persons needed to have the verdict read in open court.

During the third week of the trial, the state rested its case after calling 57 witnesses over 11 days. Before resting, the prosecution focused on Brooks' arrest the night of the parade attack and Brooks' subsequent interviews with detectives. The jury was also taken out of the courtroom to view the red SUV. 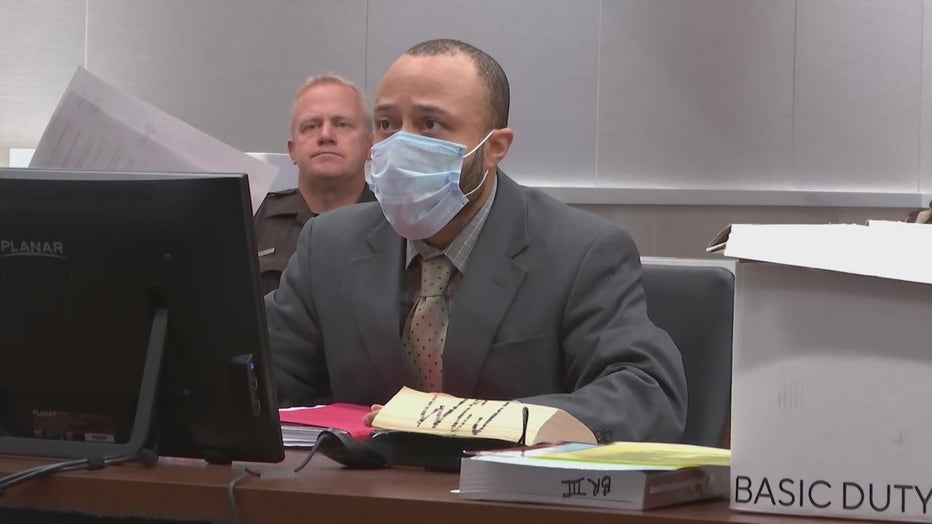 Brooks then delivered his deferred opening statement, crying as he told the jury he was speaking "from the heart." Brooks then began to call defense witnesses, representing himself.

Prosecutors say Brooks drove a red SUV through the parade route on Nov. 21, 2021, killing six and injuring more than 60 others.

On Nov. 21, 2021, according to prosecutors, Brooks met up with his ex-girlfriend in Frame Park, the same woman he is accused of running over with his red SUV earlier in November 2021. She told police they argued in his SUV before he started driving, and he "was driving around with one hand and striking her in the face with his other hand." She eventually got out and called her friends for help.