WAUKESHA, Wis. - The trial of Darrell Brooks, the man accused in the Waukesha parade attack, may not be six months away after all – and may not even be held in Waukesha County.

The trial was set for October, and Brooks' defense team has until 4 p.m. Friday, April 1 to file a motion to postpone the trial. They are expected to make that request.

As what was supposed to be a three-hour-long hearing stretched well into Tuesday afternoon, even Brooks appeared impatient.

Brooks, 40, is charged with 77 counts – including six counts of homicide – after prosecutors allege he drove through Waukesha's Christmas Parade in November 2021.

The purpose of Tuesday's hearing was to draft 100 questions that would be used to determine potential jurors. Those questions could help show if an impartial jury can be selected in Waukesha County.

Darrell Brooks, the man accused in the Waukesha Christmas Parade attack that left six people dead, was back in court Tuesday, March 29. The defense has until 4 p.m. Friday, April 1 to file a motion for a new trial date.

"There are many questions that reference family – do we need to define that for the jurors or change that to immediate family?" Judge Jennifer Dorow said.

"We submitted them under seal; we asked they remain in confidential with the jurors," said Defense Attorney Anna Kees.

The whole issue may end up being for nothing.

"In some initial discussion with the defense, they’d be looking to delay this case one year or more," said District Attorney Sue Opper.

"October trial date is likely unrealistic for us to be prepared," Dorow said.

Just a few weeks after setting a fall start, Brooks' attorney told the judge that six months is not enough time to prepare for such a big trial. Even Opper expects to spend at least a week presenting the state's case. 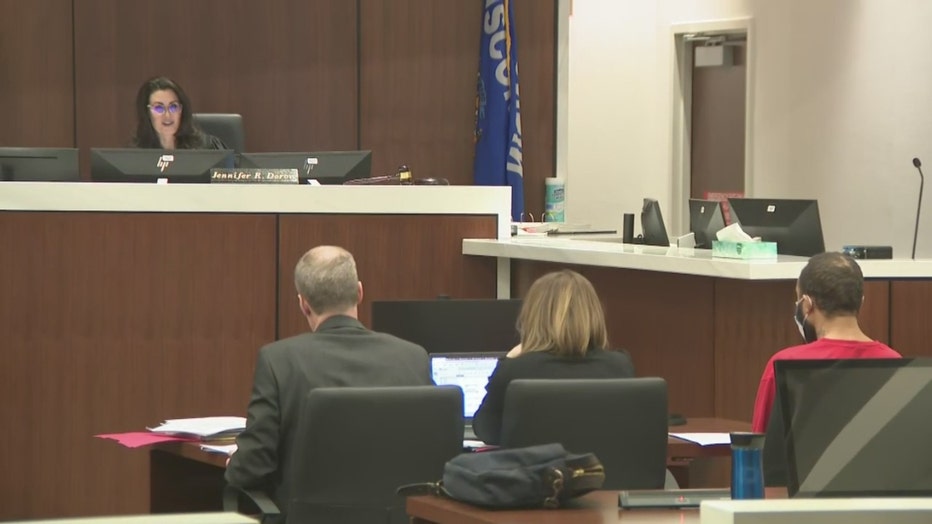 "(In the) Slenderman (stabbing case), we had one victim. This case, we have identified almost 100 victims and thousands of witnesses to this event," said Opper.

Dorow said she may also rule on a possible change of venue on Monday, April 4. The defense had previously asked to try the case outside the county because so many people have been impacted by what happened at the parade.

In all, Brooks is charged with 77 counts:

One person was arrested following a police pursuit and crash in Waukesha on Sunday, March 27.