Dancing wards off dementia, Alzheimer`s: “Emotion she had during dance lesson stays with her”

Dancing wards off dementia, Alzheimer`s: "Emotion she had during dance lesson stays with her"

MEQUON -- For a man who worked in a confining environment in submarines, Tom Barnum has certainly loosened up over the years.

“We did a lot of work on the stairs, doing this kind of thing," the 84-year-old said as he started grooving. "Getting those hips going!" 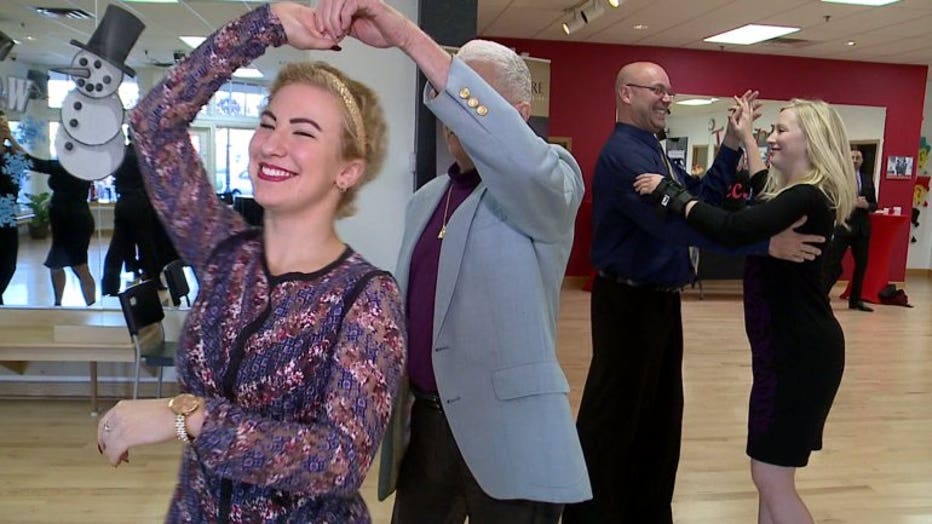 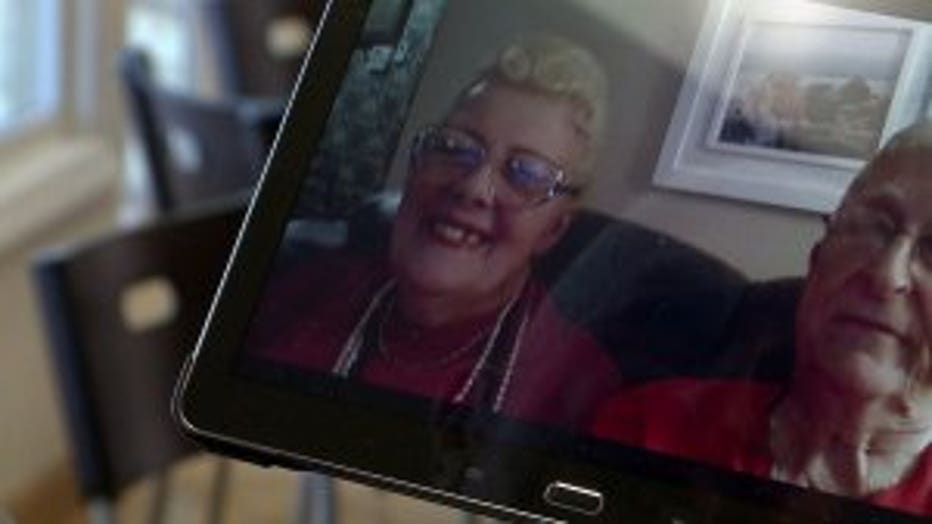 The rigidity of his past life in the Navy is now lost to decades of fluid dancing. Barnum and his wife, Betty, take regular classes at the Fred Astaire Dance Studio in Mequon.

“She is good and happy and cheerful for the rest of the day," Barnum said.

Betty Barnum is one of the more than five million Americans living with Alzheimer’s disease, a form of dementia that causes memory loss, behavioral changes and other issues. 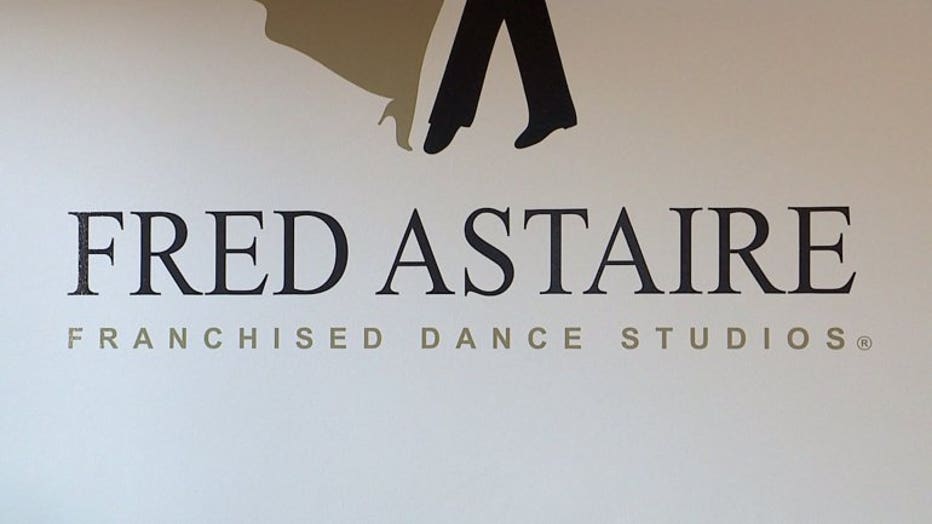 November is Alzheimer's Awareness Month, and many seniors have found dance to be an effective treatment against the disease. Betty Barnum was diagnosed about nine years ago, and Tom said the dancing has warded off a rapid decline.

“She may forget she had a dance lesson, but the emotion she had during the dance lesson stays with her. It’s a marvelous thing to see happen," Barnum said. 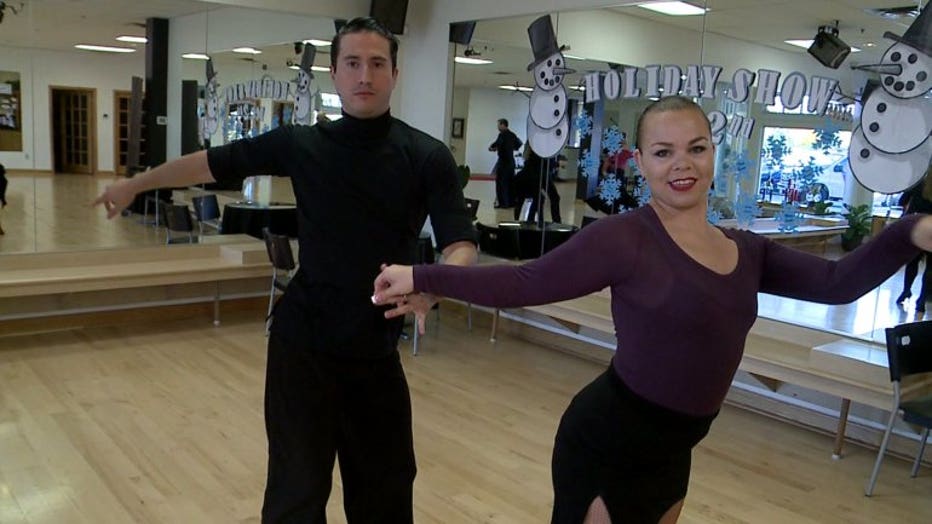 And there is science to back up his experience. A study in the New England Journal of Medicine says seniors who regularly participate in ballroom dance had a 76 percent reduction in their risk of developing dementia.

“It’s the one activity that is constantly changing," says Holly Parker, a dance instructor at the Mequon studio. "Even though you could do the same dance 10 times, when you’re out on the dance floor there is always going to be different people, different obstacles, a different song.” 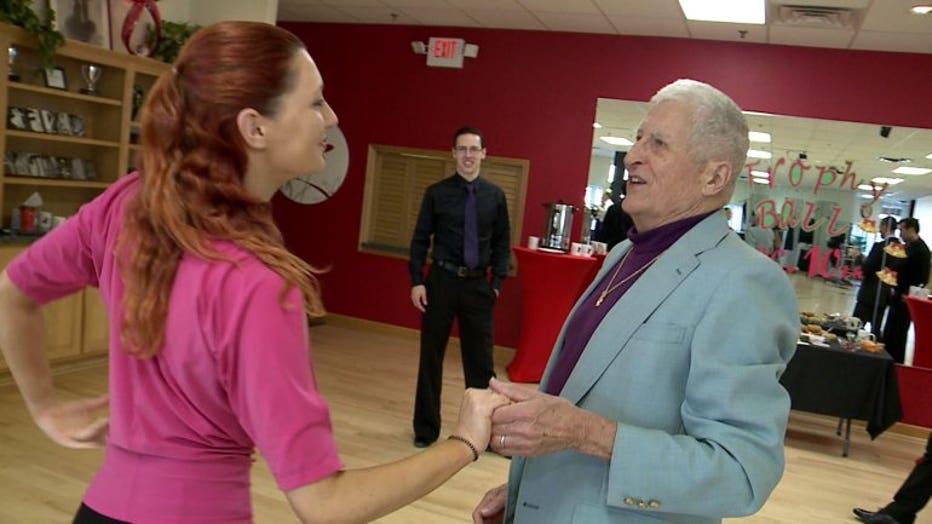 It involves a shifting set of circumstances that keeps your mind fresh -- and your marriage, too.

“We’ve been married now for 60 years, and it still has got a romance that people can’t believe," Barnum said. 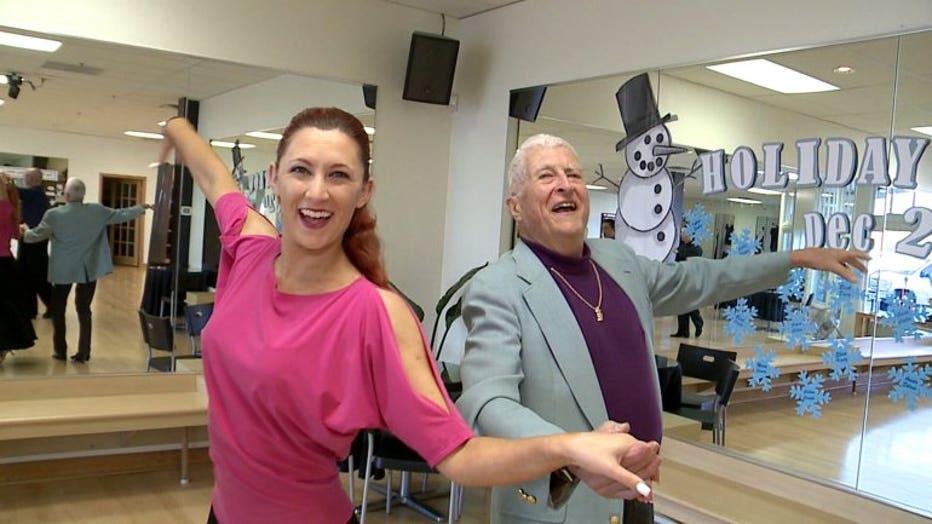 If you’d like to take a class, or perhaps sign your parents up for one, there are six different Fred Astaire Dance Studios in our southeast Wisconsin viewing area. CLICK HERE to find a studio near you.