COLUMBIA, S.C. — A jury found a South Carolina father guilty of murder Tuesday in the deaths of his five young children, allowing prosecutors to seek the death penalty.

The Lexington County jury considered the case for about six hours over two days before returning the five guilty verdicts for murder against Timothy Jones Jr.

Now that same jury will return Thursday to begin hearing evidence from prosecutors who will portray Jones as a selfish, evil father who decided his children should die instead of stay with his ex-wife and should be executed for his crimes.

Jones' lawyers are expected to argue he was a doting, single father whose mental problems piled up until stress and drug use drove him over the edge. 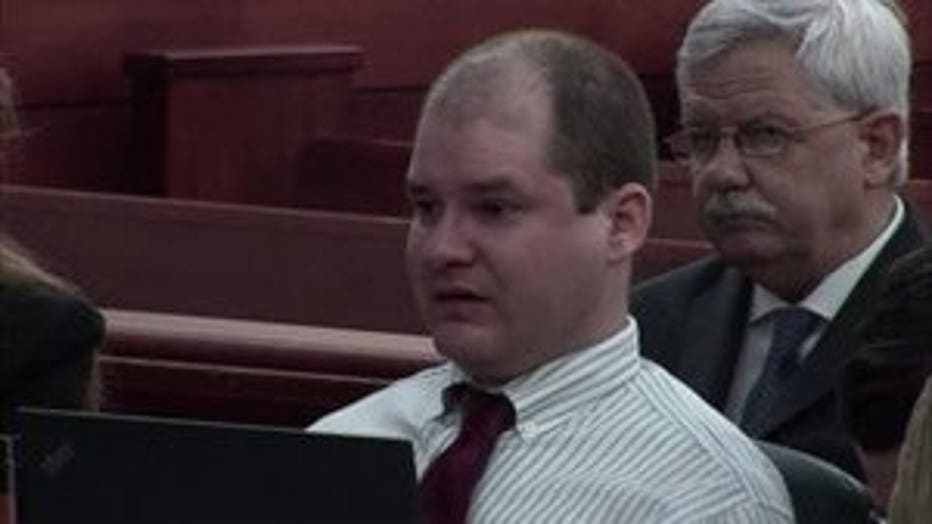 Jones, 37, confessed to exercising 6-year-old Nahtahn until he died after an electrical outlet was broken in his Lexington home in August 2014.

Prosecutors said Jones then considered what to do for several hours — watching a prison rape scene from a movie and heading to a store for cigarettes with his oldest child while leaving the others at home with the body — before deciding to kill them all.

Jones would eventually strangle 8-year-old Mera and 7-year-old Elias with his hands and, in his confession, said he used a belt to choke 2-year-old Gabriel and 1-year-old Abigail because his hands were too big, prosecutor Rick Hubbard said in his closing argument Monday.

Jones then wrapped the bodies of all five children in plastic and drove around the Southeast U.S. for nine days, running a few errands, buying synthetic marijuana, but mainly making erratic trips, Hubbard said, citing bank and cellphone records.

Jones searched the internet for countries that don't extradite suspects back to the U.S. and took his passport. He researched how to disintegrate bodies faster. And he played what he said was his oldest daughter's favorite song, "Butterfly Kisses," a mushy refrain about a father's awe at his daughter's love despite his imperfections, according to his confessions to police and phone records.

Jones dumped the bodies after putting them in garbage bags on a hillside near Camden, Alabama, and was arrested a short time later at a traffic checkpoint in Smith County, Mississippi, after an officer said he smelled the horrible odor of decomposition from the SUV.

Defense attorney Boyd Young emphasized how Jones' diseased and damaged brain kept him from knowing both legal and moral right from wrong when he killed his children — the requirement under South Carolina law to find him not guilty by reason of insanity. Jurors did not buy that argument.

Jones' mother has been in a mental institution for more than two decades with schizophrenia, and the defense called several experts to suggest Jones had the mental illness too, but it was never diagnosed.

In his closing argument, Boyd pointed out autopsies on the children showed they were not malnourished and despite other witnesses, who testified about frequent spankings, showed no signs of regular abuse.

That didn't show a cruel, evil father, but instead a man whose already tenuous grasp on sanity was destroyed by his wife's infidelity, raising five children alone and self medicating his mentally ill thoughts with synthetic marijuana and drinking, Boyd said.

Jones also became devoutly religious after spending time in prison in the early 2000s on a drug charge, and believed God was telling him he was doing the right thing to raise his children, even when social workers demanded he stop spanking his kids.

Several witnesses who testified in the first phase of the trial will likely return for the penalty phase, including Jones' ex-wife and the children's mother, Amber Kyzer, who broke down in heaving sobs on the stand last month as she read a letter she wrote her children saying she was sorry she couldn't be in their lives and make her marriage work.

The trial is being livestreamed from the Lexington County courthouse.