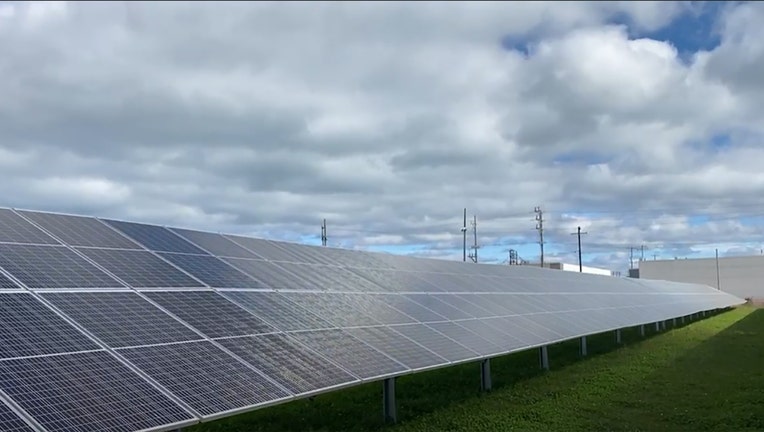 The project, which is part of the We Energies Solar Now program, is a partnership with specialty materials and components producer ATI.

The solar arrays are located on land owned by ATI near the company’s plant in Cudahy. The 7,000 solar panels cover eight acres. When the sun is shining, they produce enough energy to power about 700 homes.

The array is located near Whitehall and Grange Avenue

A black bear was seen wandering around outside a mall in Antigo, Wisconsin. (Credit: April West via Storyful)