The Cudahy Police Department had asked the public to stay away from the area of Packard Avenue between Edgerton and Mallory on Wednesday.

CUDAHY, Wis. - The Cudahy Police Department asked the public to stay away from the area of Packard Avenue between Edgerton and Mallory on Wednesday afternoon, Oct. 27 due to an "incident."

A suspect in that incident was arrested, police announced around 4:10 p.m.

According to police, a woman called around 12:20 p.m. that day to report that a 33-year-old man threatened to shoot her, police and himself at a home near Packard and Underwood.

Police made contact with the man, they said, at which time he threatened to shoot police and said he was armed with a handgun and rifle.

At one point during the investigation, police said the man may have left the residence before law enforcement arrived. A suspect vehicle was spotted in St. Francis heading toward Cudahy, and a high-risk traffic stop was conducted near Kinnickinnic and Plankinton. 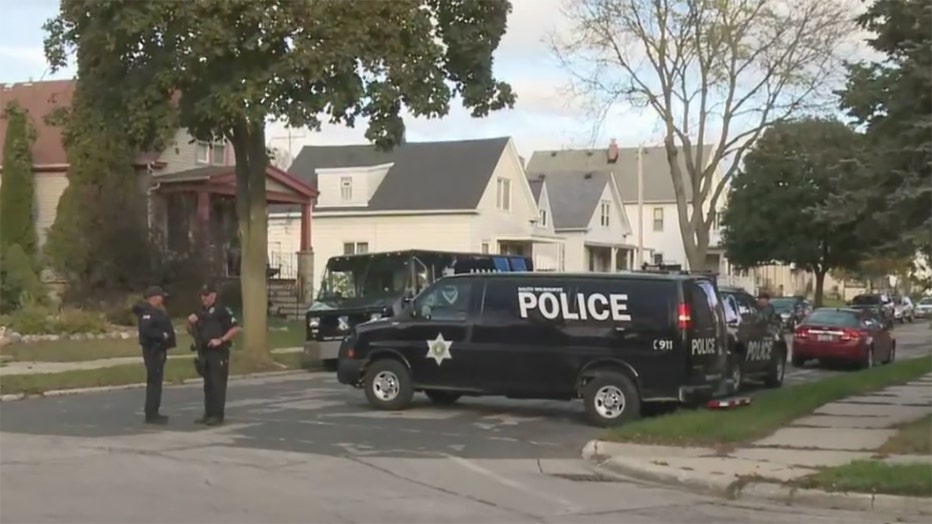 The suspect was safely taken into custody, police said. There were no injuries.

Police said the suspect was known to the Cudahy Police Department, and there have been past conflicts involving the suspect.

Cudahy police on Wednesday said a suspect was taken into custody. The suspect had allegedly threatened to shoot a woman and police earlier that day, prompting a tactical response.

A Milwaukee man, 20, died at the scene of a shooting near 36th and Garfield