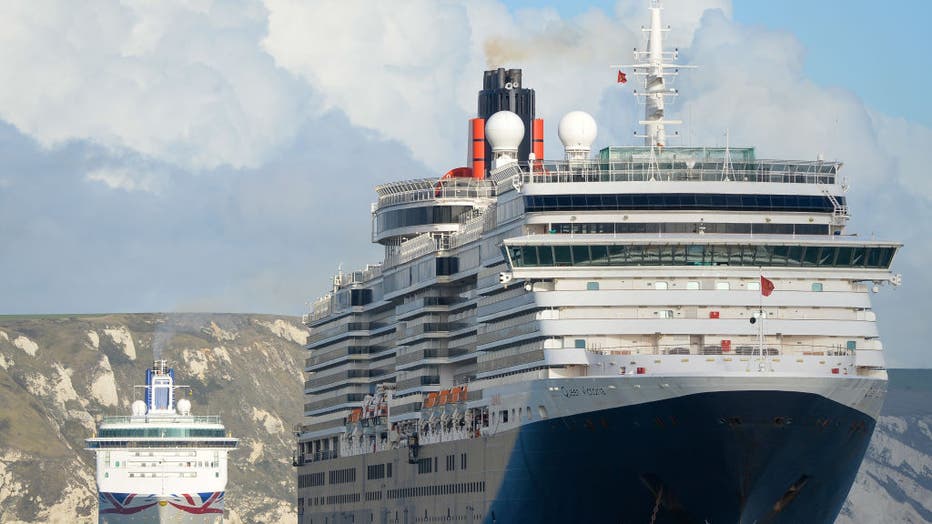 Cruise ships Queen Victoria and Aurora anchored in the English Channel off the Dorset coast as the industry remains at a standstill due to the coronavirus pandemic on October 22, 2020 in Weymouth, United Kingdom. (Photo by Finnbarr Webster/Getty Images)

Days after both Carnival and Norwegian extended a halt on cruises through the end of the year, the group that represents cruise lines with 95% of global ocean-going capacity said Tuesday that its members have agreed to extend the suspension of U.S. sailing operations for the rest of 2020.

The announcement comes just days after the U.S. government effectively lifted its no-sail order despite a global spike in coronavirus infections.

Cruise Lines International Association — which includes cruise giants Princess, Carnival, and Royal Caribbean — said that its members have voluntarily opted to maintain the current suspension of cruise operations in the U.S. through the end of the year.

Members “will use the remainder of the year to prepare for the implementation of extensive measures to address COVID-19 safety” with the guidance of public health experts and the U.S. Centers for Disease Control and Prevention, the association said.

On Friday, federal health officials issued new rules that will enable large cruise ships to start sailing again in U.S. waters, though not immediately. Among the CDC's requirements is that ship owners must test all passengers and crew at the start and end of all voyages, which are limited to seven days.

In mid-March, the CDC ordered cruise ships to stop sailing to U.S. ports after several outbreaks convinced officials that the vessels were potential cauldrons of infection. After being renewed several times the most recent order expired in October, with the new guidelines effectively bringing the no-sail order to an end.

The cruise industry has been essentially closed for business since mid-March, when it became clear that the deadly and contagious virus had already been sweeping through the U.S. unabated for weeks. The cruise association estimates that the suspension of cruises snuffed out more than $25 billion in economic activity, and 164,000 American jobs.

Shares in the major cruise line companies started to decline in February as the virus spread, and hit bottom in mid-March when the U.S. economy effectively shut down. Companies have suffered billions in losses this year, wiping out more than 70% of their value.

The CDC's guidelines from last week say that in order to resume carrying passengers, the companies have to demonstrate they have procedures for testing, quarantining and isolating passengers and crew. They will have to build test labs on all ships, and make their own arrangements to isolate or quarantine passengers on shore if needed. Before being allowed to sail, they will have to conduct mock voyages with volunteers playing passengers who get sick, the CDC said.

The new guidelines come as coronavirus cases surge in the U.S. and around the world with colder weather arriving and more people clustering together indoors.

The Wisconsin football team’s home game against Purdue on Saturday, Nov. 7 will not be played and team-related activities remain paused indefinitely