NEW YORK -- Crude pipe bombs targeting Hillary Clinton, former President Barack Obama, CNN and others were intercepted Tuesday night and Wednesday in a rash of attacks two weeks before nationwide elections that could reshape Congress and serve as a referendum on the first two years of President Donald Trump's presidency.

The devices, which officials said shared a similar design, were aimed at prominent Democrats and a cable news network often criticized by political conservatives. A similar device was found Monday at the New York compound of liberal billionaire George Soros, a major contributor to Democratic causes.

The bombs overtook other campaign news in an already-tense political season, which has included pitched fights over immigration, the Supreme Court and sexual violence against women. 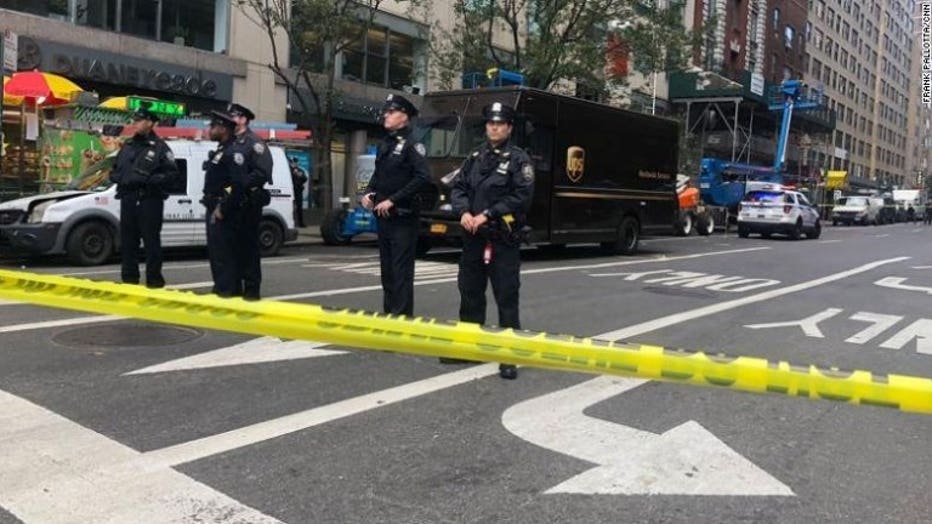 NYPD is responding to a suspicious device discovered in Time Warner Center, where CNN is based.

The White House quickly condemned the attacks aimed at Democrats and perceived foes of the administration.

"Acts or threats of political violence have no place in the United States," President Trump said. "This egregious conduct is abhorrent."

All the confirmed bombs appeared to come from the same person or persons, said John Miller, the New York Police Department's head of intelligence and counterterrorism, who briefed reporters in New York. 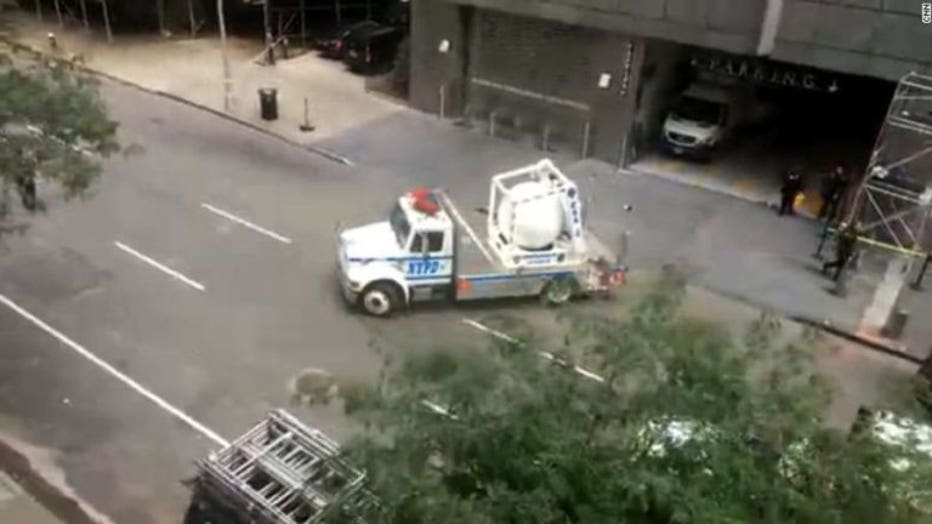 NYPD bomb squad officers were seen outside the Time Warner Center a few moments ago, with one wearing a blast suit and another driving a truck with a bomb containment chamber on its back into the building.

The U.S. Secret Service intercepted a bomb that was addressed to Hillary Clinton at the Chappaqua, New York, home she shares with former President Bill Clinton, and another that was sent to former President Obama at his home with Michelle Obama in Washington. A police bomb squad removed still another from CNN's New York headquarters, which was evacuated.

Overhead TV shots showed a truck carrying that device, which law enforcement officials said was linked to the other explosives, being driven away. The package sent to CNN contained a live explosive and envelope with white powder, and officials said the substance was being tested to see if it was dangerous.

"We will not rest until we stop these hazardous devices from being mailed and bring the individual or individuals to justice," said Bryan Paarmann, the FBI's top counterterrorism official in New York.

The FBI also said it was responding to a report of a suspicious package at a Florida office of Rep. Deborah Wasserman Schultz. New York Gov. Andrew Cuomo said his office received a similar package, but New York police officials said the office was cleared and no device was found. 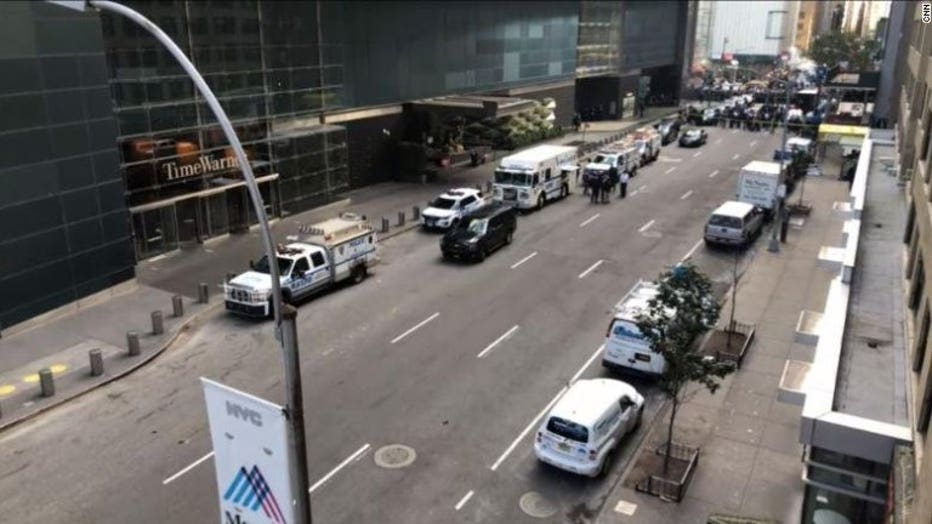 The device was discovered in the mailroom of Time Warner Center.

Cuomo said at a briefing that "we will not allow these terrorist thugs to change the way we live our lives."

A U.S. official told The Associated Press that investigators believe the explosive that was discovered near the Clintons' home was linked to one found Monday at the Soros compound.

The official noted that one of the packages had the return address of Florida Rep. Schultz, a reference to the former chairwoman of the Democratic National Committee who was accused by Clinton rivals of secretly helping the party's eventual presidential nominee.

Neither Clinton nor Obama received the packages, and neither was at risk of receiving them because of screening procedures, the Secret Service said.

White House press secretary Sarah Sanders said in a statement, "These terrorizing acts are despicable, and anyone responsible will be held accountable to the fullest extent of the law."

Two law enforcement officials, speaking to AP on condition of anonymity to discuss an ongoing investigation, said the pipe bomb at CNN was crude but operational and was addressed to former CIA Director John Brennan, who regularly appears as a television contributor and who has publicly clashed with President Trump. They said it was similar to other explosives discovered in the past few days.

The device was mailed in an envelope to CNN's offices on Columbus Circle using six stamps. It was compact, perhaps about the length of a wooden spoon, and contained wires and a black pipe, officials said.

Hillary Clinton was attending campaign events for Democrats in Florida on Tuesday and Wednesday and was not at the family's New York residence at the time. Bill Clinton was at the family's Chappaqua home at the time the package was intercepted Tuesday night at a Westchester County facility, said a person familiar with his schedule. The person said the device was screened at the facility — not in proximity to their residence — and never reached the Clintons' home.

A law enforcement official told the AP that the package discovered at Soros' home appeared to be a pipe bomb and was in a package placed in a mailbox outside the gates of the compound. A Soros employee opened it just inside the gates, not near Soros' quarters, the official said.