MADISON -- Wisconsin Gov. Tony Evers said Wednesday, July 8 that he plans to seek federal approval to restart a long-stalled project to expand a 3.5-mile stretch of Interstate 94 around Milwaukee.

Then-Gov. Scott Walker abandoned the project in 2017, when it came with a price tag close to $1 billion. The plans were to expand the east-west corridor from four to eight lanes to ease congestion in a stretch identified as one of the most dangerous in the state that runs from the Marquette interchange at 16th Street to the Zoo interchange at 70th Street.

“Investing in our infrastructure is critically important for our economy,” Evers said in a statement announcing the plans to restart the project. “Moving forward on the I-94 East-West corridor project will mean between 6,000 and 10,000 good jobs and will ultimately save lives, reduce travel times and help businesses across our state." 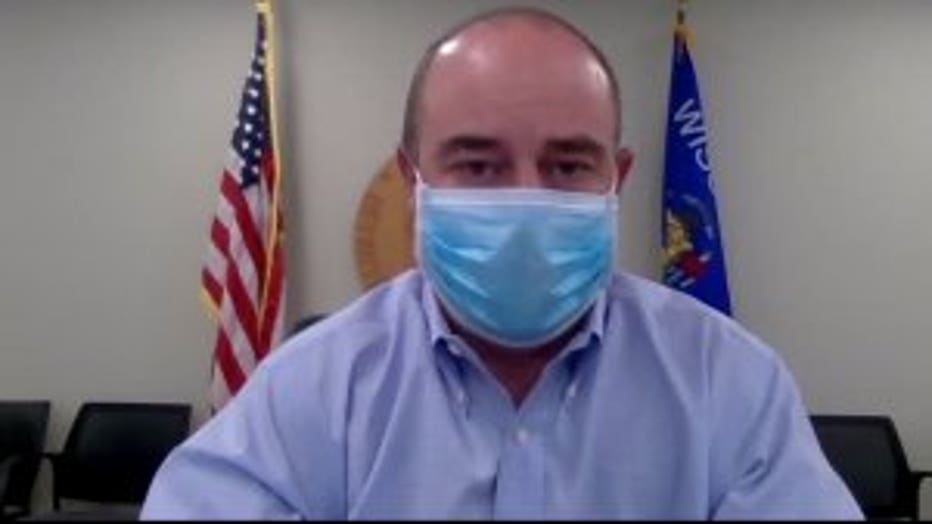 It will take 12 to 18 months to do the necessary preliminary work, including public comment periods, traffic analysis and environmental studies, before approval can be sought from the Federal Highway Administration, said Craig Thompson, secretary of the state for the Department of Transportation.

The department planned to look at options to rebuild and expand the section that will increase safety and improve travel times, while preserving local historic grave sites and the current number of interchanges. The stretch of interstate has become a bottleneck now that work on expanding the Marquette interchange is complete and the Zoo interchange is nearly done, Thompson said.

Thompson had advocated for the project when Walker was governor. At that time, Thompson was executive director of the Wisconsin Transportation Development Association, a group representing road builders. 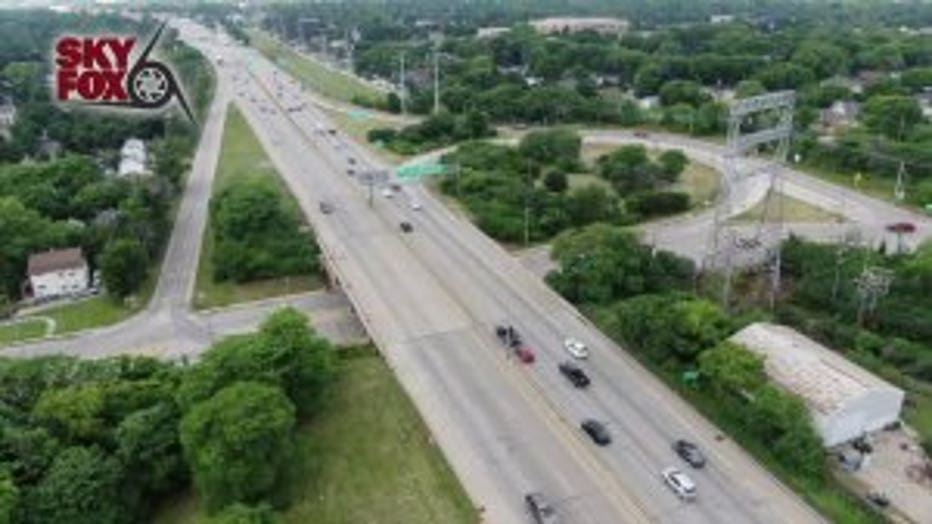 Given that it will take more than a year to get federal approval, state funding likely wouldn’t be requested until the budget that’s submitted to the Legislature for approval in 2023, Thompson said. Evers’ term runs through 2022, meaning that the continuation of the project might be up to another administration.

In 2017, the state portion of the project was estimated to be $852 million. That figure will be updated once all the new studies are completed, Thompson said.

Evers said delaying the project would only increase the cost, "so getting to work on this project is good common sense.”

Reviving the project drew praise from Republican state Rep. Joe Sanfelippo, of New Berlin, who has advocated for it for years. He called it an “uphill battle at times” but that completing the project “will ensure that the maximum potential of our infrastructure investments in the Marquette and Zoo Interchanges will be fully realized.”

The previous plan to expand the stretch to eight lanes was challenged in a federal lawsuit by civil rights and environmental groups challenging the state's decision to spend billions of dollars on highway expansion while cutting money for transit services. That case was dismissed after Walker abandoned the highway project three years ago. 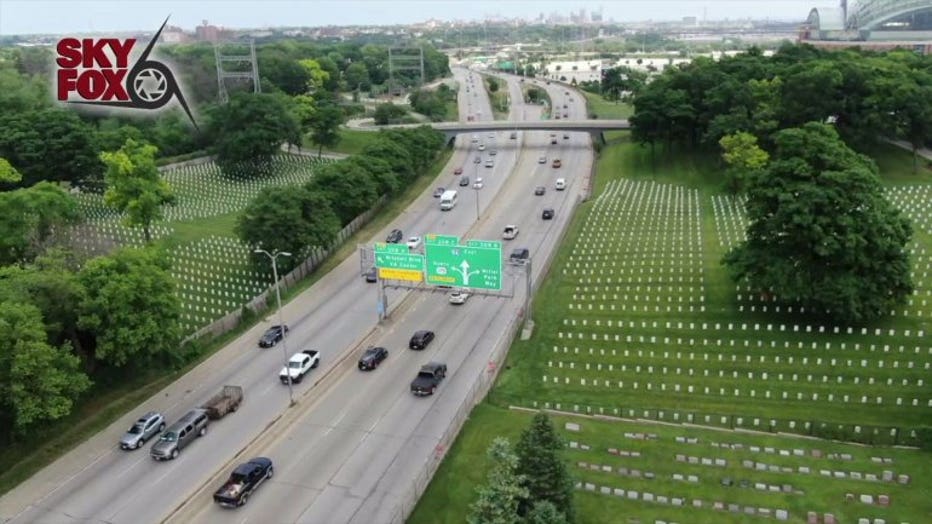 The corridor to be rebuilt and expanded has a crash rate two and a half times higher than similar state highways, Evers' office said. Thompson said improving the section, along which almost half of the state's exports leave Wisconsin, will make businesses all over the state more competitive.

Reaction to the I-94 E-W Corridor announcement by Gov. Evers

“Waukesha County applauds the Wisconsin Department of Transportation’s decision to move forward with the I-94 East-West Corridor Project. Investing in this major transportation corridor is an investment in the future of the region, as it will improve safety on one of the busiest segments of Wisconsin interstate, and improve the lives of thousands of southeast Wisconsin residents who travel this road segment every single day, generate thousands of jobs, and drive more businesses to invest in our area.

“This project is even more important as we face new and unexpected economic challenges as a result of the COVID-19 pandemic. With the recent spike in unemployment claims, the up to10,000 new jobs that this project could create could play a major factor in getting our local economy fully up and running again.

“Addressing the age, unsafe conditions, and congestion on this 60-year-old section of interstate will also improve the economic viability of our area by opening up development prospects. Area Development Magazine ranks “highway accessibility” as the second factor considered most important by site selectors. A survey of Waukesha County businesses showed the same result and in fact, more than 80 percent of respondents said the number one service a government could provide was a good, safe network of roads that allow for the efficient transport of employees, customers and goods.

“Providing vital, safe transportation will directly serve the many Waukesha County commuters who work in Milwaukee County every day, as well as thousands more across the region who will go to Brewers games, the State Fair, Summerfest, and other events for decades to come.”

“Finishing the East-West corridor has been a top priority for me. The project is important for commerce, safety, and jobs.

"Many of us have loved ones who travel on that road - often twice a day. Completing the East-West corridor will make Wisconsin safer, more competitive, and will grow our economy.”

“We are going to continue to fight against any decision that ignores the conditions and wellbeing of the people in the city of Milwaukee and surrounding areas. We will not stand by and allow the government to continue to roll over us like the cars on these proposed massive freeways. We need a comprehensive transportation strategy that will unite us and serve the greater good. We will stand together with our allies against these decisions that do not include the full humanity of this community. We ask that the needs of all the citizens in Milwaukee be addressed so that we can all have accessible transportation.”

“MMAC strongly supports this significant upgrade to the East-West segment of the I-94 corridor. This is one of the busiest and most commercially significant stretches of interstate in Wisconsin. By expanding capacity and increasing safety, we will ensure that this vital artery for commerce and tourism remains healthy for generations to come.”

“Gov. Walker was right to cancel the expansion of I-94 three years ago, and it’s disappointing to see the Evers administration apparently reverse course. Adding highway lanes rarely results in congestion relief. Instead, bigger roads draw more traffic and increase our dependence on cars. All this has seriously negative impacts for our communities, for the climate and for taxpayers. WISDOT should develop a plan that rebuilds I-94 without adding lanes. The administration should prioritize ‘fix-it-first’ — repairing existing infrastructure rather than green-lighting new major projects — and give Wisconsinites a wider range of high-quality, safe, low-emission options for getting around.”

“Transportation investments are a matter of environmental justice and equity for communities of color and persons with disabilities. Milwaukee residents who lack personal vehicles, drivers’ licenses, or both depend upon public transportation. WisDOT must include and move forward with an alternative for I-94 East-West that improves transit access that ensures communities of color, persons with disabilities, and other transit-dependent residents receive a fair share of the benefits of the transportation system investment.”

“This project has always been a bad idea. Moving it forward now is particularly irresponsible and harmful. We’re at a time with heightened awareness about structural racism in our society, and a pandemic causing economic hardship and disproportionate impacts to people of color, all while we have only ten years left to avoid a climate catastrophe. Communities of color are disproportionately impacted by our polluting, car-centered transportation system, and by highway expansions like this one. The I-94 project will double down on these negative impacts on all fronts — structural racism, the pandemic and climate change.”

“Transportation is a leading contributor to Wisconsin’s greenhouse gas emissions. To consider committing more than a billion dollars to a project like this — that will put more cars on the road, divert funds away from crumbling local infrastructure, and disproportionately impact people of color — is dangerous and irresponsible. At this moment, the Governor’s Task Force on Climate Change is holding public hearings about finding equitable climate solutions. Expanding I-94 East-West would run counter to the administration's commitment to equitably reduce Wisconsin’s climate emissions.”