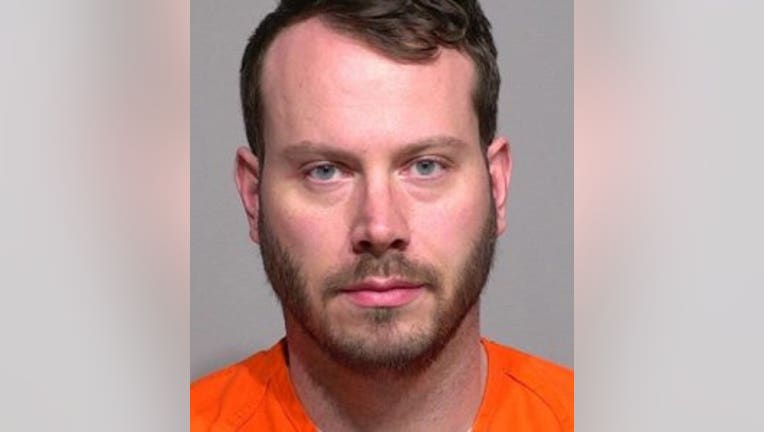 MILWAUKEE -- A Milwaukee man who serves as a criminal defense attorney stands accused of battering, threatening, and stalking a woman he was in an "on again, off again" relationship with for three years. According to prosecutors, while he admitted to hitting the victim, he claimed it was in self-defense. The victim told investigators his actions had her living in fear.

Prosecutors said Meyer and the victim in this case had been in a relationship for three years, and when the victim would try to break up with him, "He has engaged in a pattern of conduct with the intent to cause the victim to believe that he will ruin her life, commit acts of violence against her and her friends/family, damage her property, prevent any future relationships, and leave her without money or a job."

According to a criminal complaint, Meyer threatened to use criminal defendants to enact violence against the victim's family, use private investigator resources to follow the victim, and use his law firm to sue the victim for a negative review posted online, telling the victim, "Criminals owe me favors."

According to prosecutors, Meyer repeatedly told the victim he was protected from criminal and civil consequences due to his position as a criminal defense attorney, telling the victim, "People who are exceptionally dangerous, and good at it, I've met plenty, keep in touch with plenty."

The complaint noted since April 2018, Meyer called the victim sometimes more than 120 times a day, and sent hundreds of emails threatening the release of negative information about the victim to her family, friends, employer, the media, etc. if she didn't meet his demands.

Prosecutors described numerous incidents in the criminal complaint from October 2017 through October 2019.

According to the complaint, in October 2017, the victim was being walked home from a bar by a male friend when Meyer showed up and began following them -- yelling slurs, and eventually pushing the friend on the bridge near Pittsburgh Avenue and Water Street in Milwaukee.

In April 2018, prosecutors said Meyer punched the victim in the face, causing a concussion and bruising, requiring the victim to take two weeks off work.

In June 2019, Meyer showed up at the victim's apartment as she was entering her underground parking garage. She said he followed her in and as she fumbled with the keys to try locking the door, she accidentally unlocked it and Meyer began yelling at her -- demanding answers as to who she was with -- standing in front of the vehicle, refusing to move, threatening that if she touched him with the vehicle, she would be committing a felony, the complaint said. Police were called and found the car had been sprayed with Red Bull.

In August 2019, the victim said they went out to dinner in Wauwatosa, and eventually, Meyer began accusing her of wanting to meet up with someone else later that night. They ended up at his place, and the complaint said at one point, Meyer grabbed her by the head with one hand, and placed the other over her mouth. He eventually let go, and she turned to call 911, when Meyer grabbed the phone and smashed it to the ground. He then pushed her out the door and then said she saw him in his vehicle as she was walking home, according to the complaint.

The complaint added Meyer threatened damage to the victim's vehicle and told her he had a key to her apartment, despite the fact that she never gave him one.

In early October, according to prosecutors, the victim woke up to multiple messages from Meyer, indicating damage had been done to her vehicle, with Meyer writing, "You're going to do irreparable harm to your car if you drive it or if it sits there," and another that read, "What's wrong with your car, you can't see. I'd suggest you talk to me before driving it."

The victim found the vehicle had a flat tire, and dents to the passenger side. Police were called, and there was a marked squad outside the victim's apartment building. At this point, messages came in from Meyer -- withdrawing his threats. One of them read, "I don't have a key."

The complaint noted more than 500 emails from Meyer's work and personal email accounts between August and October 2019. In those messages, prosecutors said Meyer threatened to release "a ton of embarrassing dirty laundry" if his demands weren't met. The complaint also said there were more than 60 calls from blocked or spoofed numbers, 41 What's App text messages, 18 What's App calls, and 12 emails just on one day.

The victim indicated she lived in fear of Meyer and described his actions as stalking, telling investigators the threat of calling the police was sometimes the only thing that would get him to leave.

Prosecutors said when Meyer was arrested, he admitted to hitting the victim, but claimed self-defense. He also admitted sending emails from both accounts to the victim, "spoof calling" the victim, creating an email account in her father's name to send an email to her workplace.