NEW YORK -- B&G Foods, Inc., the owner of Cream of Wheat, has become the latest company to revisit its branding, following complaints on social media that its century-old logo of a black chef had racist origins.

On the heels of decisions by Quaker Oats and Mars Inc. to replace the "Aunt Jemima" breakfast brand and alter the "Uncle Ben's" rice brand, respectively, B&G Foods said it would start an "immediate review" of Cream of Wheat's marketing.

The changes coincide with a nationwide call for racial justice and police reforms following the death of George Floyd, a handcuffed black man who died in police custody in Minneapolis. 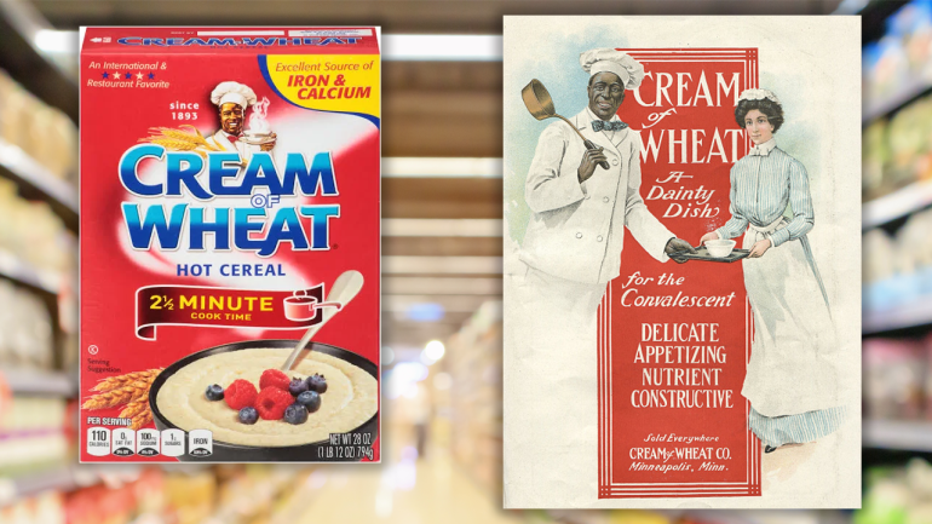 "We understand there are concerns regarding the chef image, and we are committed to evaluating our packaging and will proactively take steps to ensure that we and our brands do not inadvertently contribute to systemic racism," the company said. "B&G Foods unequivocally stands against prejudice and injustice of any kind."

Cream of Wheat's logo depicts a smiling black chef known as "Rastus," a name that appeared in the Uncle Remus stories by Joel Chandler Harris and carries pejorative connotations for African-Americans.

The chef's image has appeared on Cream of Wheat products since the late 19th century and the character was portrayed as barely literate in an ad from 1921.

The company, which moved to Minneapolis in 1897, replaced the original image with a photo of Frank L. White in a chef's hat and jacket, which is still used on Cream of Wheat products today, according to published reports.

On Wednesday, PepsiCo announced it was scrapping the controversial Aunt Jemima branding on its breakfast products, acknowledging that its "origins are based on a racial stereotype" after 131 years.

The move was prompted by criticism from consumers who said the products -- which originally depicted a heavy-set black woman wearing the garb of a kitchen maid and a kerchief commonly worn by slaves in the antebellum South -- began with overtones of slave culture.

In a similar fashion, Mars Inc. promised to change its “Uncle Ben” rice branding, which featured a gray-haired black man, saying that “as a global brand, we know we have a responsibility to take a stand in helping to put an end to racial bias and injustices."

“As we listen to the voices of consumers, especially in the black community, and to the voices of our associates worldwide, we recognize that now is the right time to evolve the Uncle Ben’s brand, including its visual brand identity, which we will do," the company said.

Read updates on this story at FOXBusiness.com.