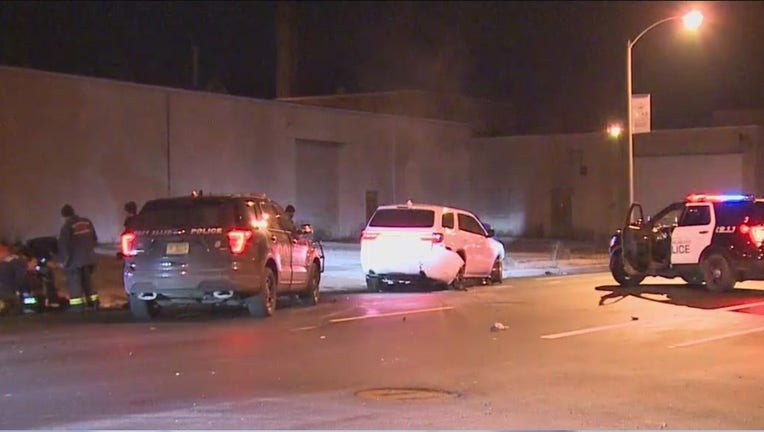 Crash in Milwaukee near 30th and Vliet

MILWAUKEE - One person was taken into custody Monday morning, Nov. 28 following a police pursuit that began in West Allis and ended in a crash in Milwaukee. The vehicle was reported stolen.

According to police, around 12:30 a.m. a West Allis officer attempted a traffic stop in the area of 95th Street and Greenfield Avenue. The officer was trying to stop the vehicle as the registration plate displayed did not match the vehicle.

The vehicle did not stop for the officer and a pursuit ensued.  Stop sticks were successfully deployed, and the vehicle lost a tire and slowed down.  At this point, a female passenger ran from the car, but the car continued to flee. 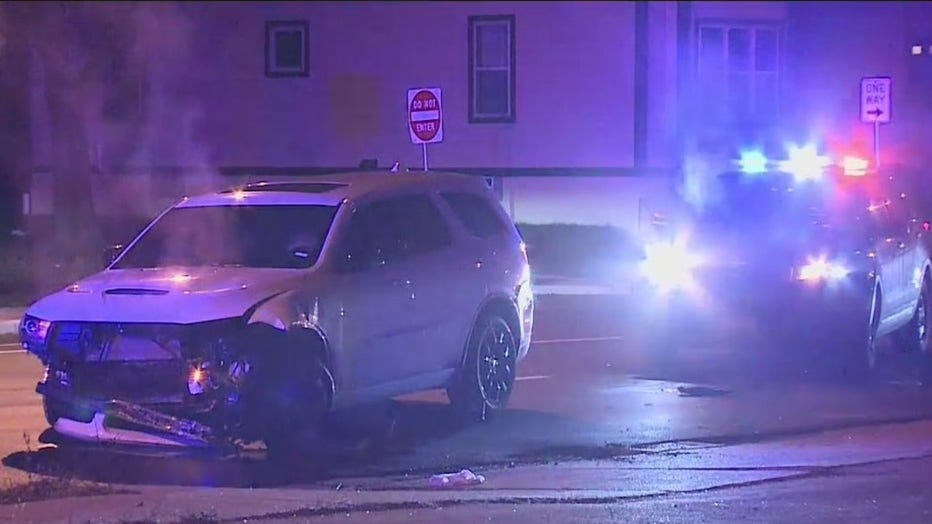 Crash in Milwaukeenear 30th and Vliet

As it continued to flee, the vehicle lost a second tire and struck a retaining wall in the area of 30th and Vilet in Milwaukee. The driver of the car fled on foot and was later taken into custody.  The fleeing vehicle was determined to a stolen vehicle.