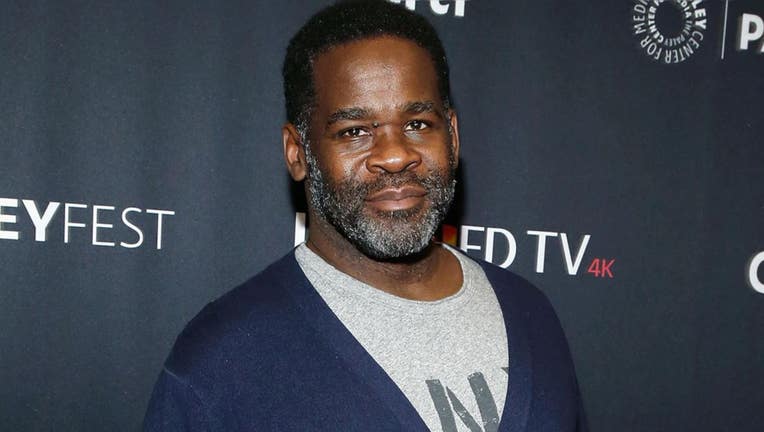 The LABryinth Theater Company, which he belonged to as a member, released a statement on Thursday announcing his passing.

"muMs’ presence, performances, and words inspired a generation. His legacy will live on, from the Bronx and into the beyond. Keep rocking the mic, Schemer!" it concludes.

Grant was also known as "muMs the Schemer." A cause of death is still unknown.

A rep for Grant did not immediately respond to Fox News' request for comment. His talent agency, Ellis Talent Group, also announced his death in a statement, calling him a "phenomenal man."

"We are heartbroken over the loss of one of the most genuine, caring, loving souls we have ever had the pleasure of representing," the talent agency said in a statement to The Hollywood Reporter. "Craig was more than our client, he was our dear friend. We all just lost a phenomenal man."

Grant is best known for portraying the role of Arnold "Poet" Jackson on all six seasons of "Oz," which ran from 1997 to 2003. The role saw him play a heroin addict and prisoner who recited poetry to inmates.

Born Craig Grant in New York City, the entertainer got his start through a documentary titled "SlamNation," which saw him and the Nuyorican Poetry Slam Team competing at the 1996 National Poetry Slam, according to Entertainment Weekly.

His poems were also featured on HBO's "Def Poetry Jam."

The actor had several film and television roles throughout his career. He collaborated with director Spike Lee, having been cast in "BlacKkKlansman," "Bamboozled," and Lee's Netflix series "She's Gotta Have It." He starred in Alejandro G. Iñárritu's "Birdman," "Side Effects" and the Safdie brothers' "Good Time."

"My brother from OZ, I spent too much time with this man onset. Too many amazing stories," tweeted his "Oz" co-star Kirk Acevedo, who played Miguel Alvarez.

Producer Franklin Leonard said Grant was "one of the first poets I ever saw at the Nuyorican during my first ever summer in New York."

"He was a friend, a brother, a mentor, a confidant, a cheerleader, a collaborator, and a spirit guide. There will never be another like him. I'm absolutely gutted," writer Jorge Rivera tweeted.