A ramp ceremony was held at Kabul’s Hamid Karzai International Airport on August 27 for the 13 United States service members who were killed in a suicide bombing there the previous day. (Credit: DVIDS via Storyful)

OMAHA, Neb. - A U.S. Marine killed last month in a suicide bomber attack during the evacuation mission in Afghanistan was laid to rest Friday in Omaha, Nebraska, honored by hundreds of people who lined the city streets with American flags during a procession.

Corporal Daegan William-Tyeler Page served in the 2nd Battalion, 1st Marine Regiment based at Camp Pendleton, California, and had planned to go to a trade school and possibly become a lineman after his enlistment ended.

Page, 23, was among the 13 U.S. service members killed in the Aug. 26 attack as troops were helping to screen Afghans and others at the Abbey Gate of the Kabul airport. At least 169 Afghans were also killed in the bombing, as they struggled to get into the airport and on flights out of the country.

"We went to thank God for the gift of Daegan, for the 23 years that we got to spend with him," the reverend told mourners. 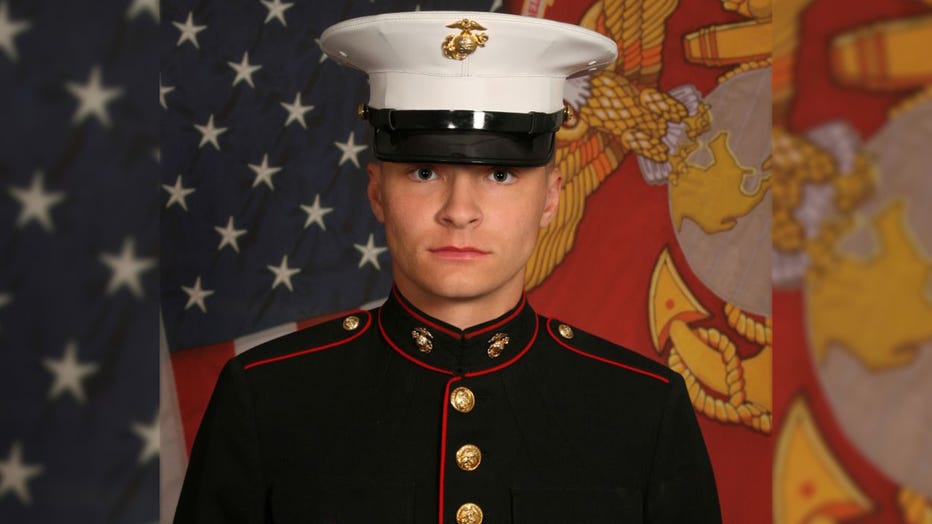 A procession followed to Page’s final resting place at Omaha National Cemetery. Hundreds of people could be seen standing along the 6-mile route, many holding American flags, saluting or placing their hand over their heart as the body of the fallen Marine passed.

Members of the Patriot Guard Riders, an organization that attends the funerals of fallen U.S. military and first responders, also descended on Omaha to honor Page. About 200 motorcycles joined behind the line to the cemetery, FOX 42 reported.

The Nebraska State Patrol thanked those who lined the route to honor Page. "Rest in peace, hero," it wrote on Twitter.

Page was born on Feb. 6, 1998. He was raised in Red Oak, Iowa, and in the Omaha metro area, and joined the Marines after graduating from Millard South High School. He had a passion for hockey, skateboarding and also loved to spend time outdoors, particularly out on the water, the family said.

He leaves behind a girlfriend, parents, stepmom and stepdad, four siblings and grandparents.

"Daegan will always be remembered for his fun-loving spirit, tough outer shell, and giant heart. He had a soft spot for animals of all kinds, but most specifically dogs and most of all his three dogs Shyia, Gracie, and Finn," his obituary reads.

At the cemetery, American flags lined the route to Page’s final resting place, and a bugler played "Taps" in a touching final show of respect.

A public visitation was held Thursday, drawing a long line of mourners paying their respects. "He died helping people. He went above and beyond the call of duty," Scott Knudsen with the Patriot Guard Riders told FOX 42 News.

Thousands of residents also lined the processional route last week when Page’s remains were returned to Omaha from Dover Air Force Base, Delaware. 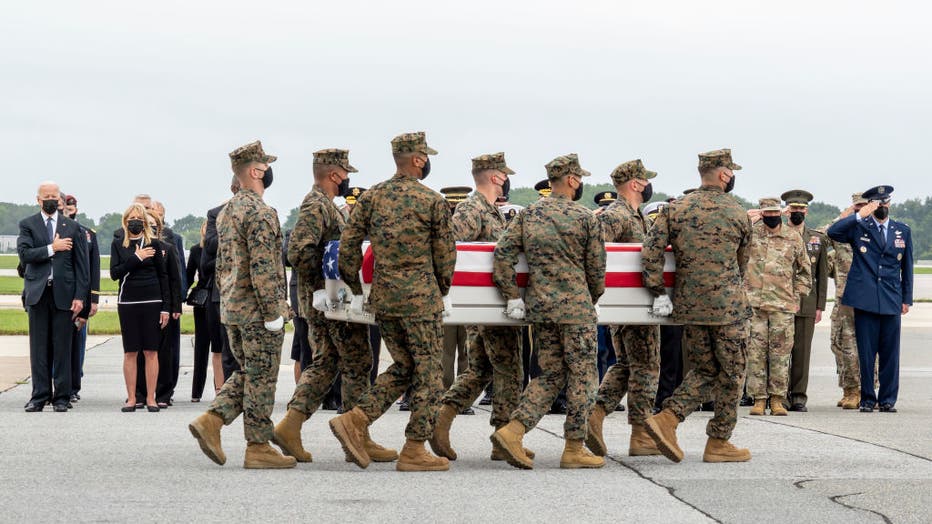 Page and the other 12 service members killed were posthumously awarded a Purple Heart. Eleven Marines, one Navy sailor and one Army soldier were among the dead, and 18 other U.S. service members were wounded in the bombing, which was blamed on Afghanistan’s offshoot of the Islamic State group.

"Our hearts are broken, but we are thankful for the friends and family who are surrounding us during this time," his family said in a previous statement. "Our thoughts and prayers are also with the other Marine and Navy families whose loved ones died alongside Daegan." 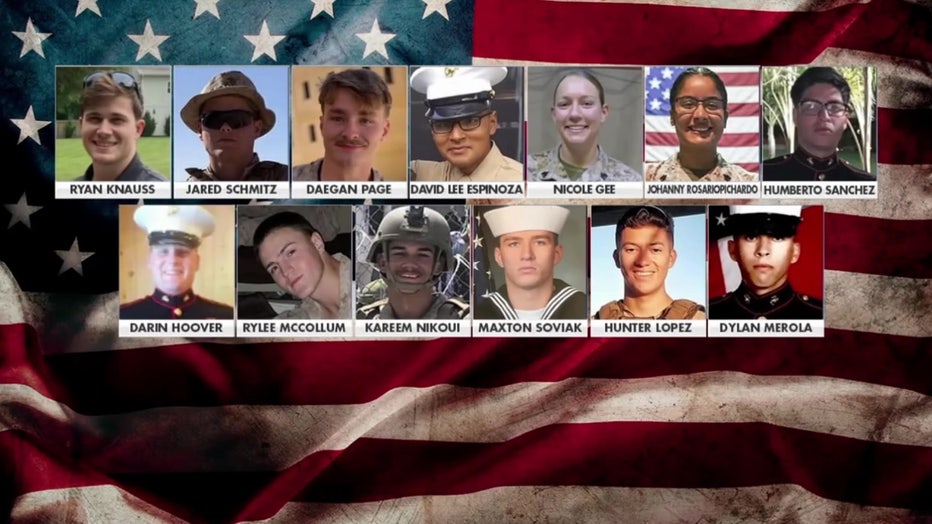 Across the country, loved ones mourned the deaths of those killed in the attack. In Northern California, the body of Sgt. Nicole Gee was brought home on Thursday. Gee served as a maintenance technician and was described by colleagues as a "model Marine."

A week before her death, she posted a photo of herself holding an Afghan baby during the evacuation efforts in Afghanistan, and along with the photo was the caption: "I love my job."

In Southern California, fallen Marine Cpl. Hunter Lopez was also being remembered during a professional and weekend memorial service.