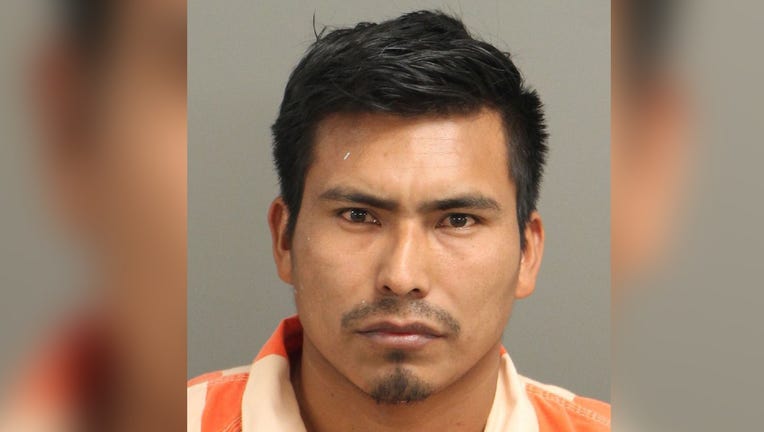 ZEBULON, N.C.  – A 33-year-old man who doesn’t speak English used a translator on his phone to tell a girl he had just raped that she looked pretty, North Carolina warrants revealed.

Around 7:30 a.m., deputies were called to a Wake County high school in reference to a reported rape that occurred off Pearces Road north of Zebulon.

The 15-year-old victim told investigators a man named “Victor” kidnapped her as she walked to her bus stop and drove her to a shed behind a nearby home, warrants state.

The suspect raped the teen in the shed before taking her back to his car, warrants said.

While the suspect drove the victim to her school, the suspect used Google Translate on his phone to tell the victim she looked pretty and to not tell her brothers what happened.

The victim was taken to a medical facility where a sexual assault kit was completed. She told investigators the suspect was wearing pants with white paint on them.

Surveillance from the victim’s high school showed her getting out of a vehicle matching one owned by Emandes-Ramirez, warrants showed.

Emandes-Ramirez was arrested and processed at the Wake County Detention Center at 6:30 p.m. on Jan. 9.

He was being held under a $1 million bond and is scheduled to appear in court Jan. 30.