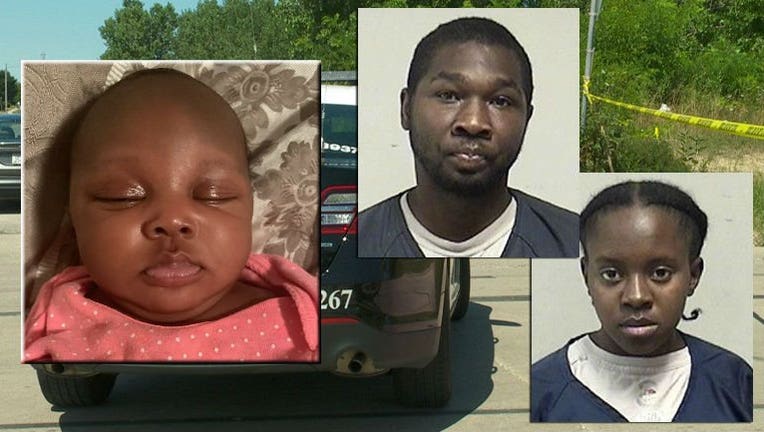 KENOSHA, Wis. - A 37-year-old Kenosha man was sentenced to two-and-a-half years behind bars, charged in connection to the death of his 2-month-old daughter in 2019.

Hezile Frison was sentenced to two-and-a-half years in prison and five years of extended supervision -- consecutive to sentencing for a separate, Milwaukee County case.

Investigators believe 2-month-old Jalissa Adams-Frison was abandoned in a field.

Monica Adams -- Frison's girlfriend and the child's mother -- was also charged in the case. In September, the court ordered a withheld sentence for Adams, placing her on four years of probation in September and nine months in the Kenosha County Jail with Huber privileges.

In July, the relative, who was the child's primary caregiver, awoke to find that Frison and Adams had taken the child. When they returned home, the relative said the parents were "argumentative" during questioning as to the girl's location.

Later, Frison "became emotional" and admitted to knowing where the girl's body was. Adams, the complaint states, told authorities multiple different stories as to how the child died.

Frison gave investigators the location of the girl's body -- a field in Kenosha. Her remains were missing, but authorities collected enough evidence to charge the parents.

Officials also said Frison had telling web search history, which included searches such as "What type of animals are found in Kenosha" and "What is the only way a parent can not go to jail if a baby dies."

Paramedics reported that the boy was "cool to the touch" and appeared to have been dead for about an hour prior to their arrival.