MILWAUKEE -- An annual marathon meeting continued into Friday evening, November 3rd, at City Hall. On 'Budget Amendment Day,' the Milwaukee Common Council's Finance Committee voted on a list of more than amendments to Mayor Barrett's proposed budget. Barrett himself has said he is not proud of this budget. Barrett said due to rising pension costs, he had to propose cutting fire and police positions. On Friday, the Budget Committee had a chance to address that. 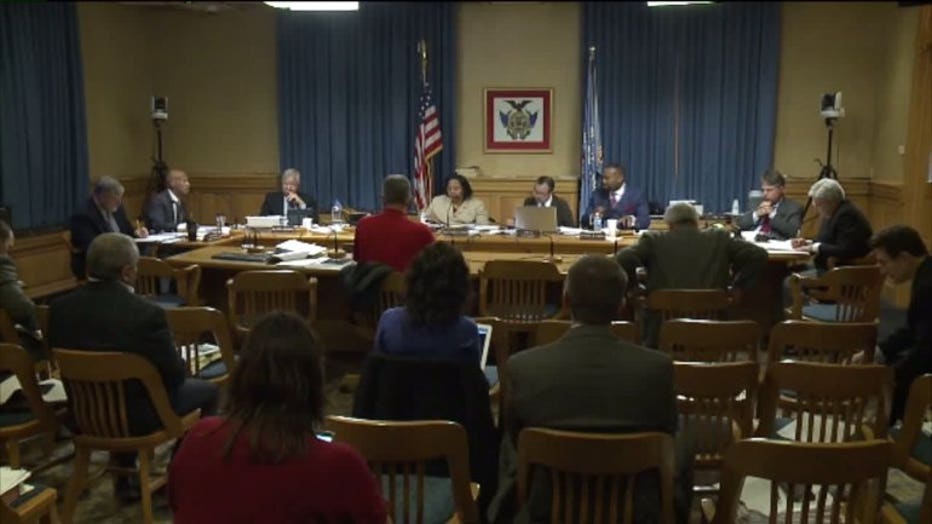 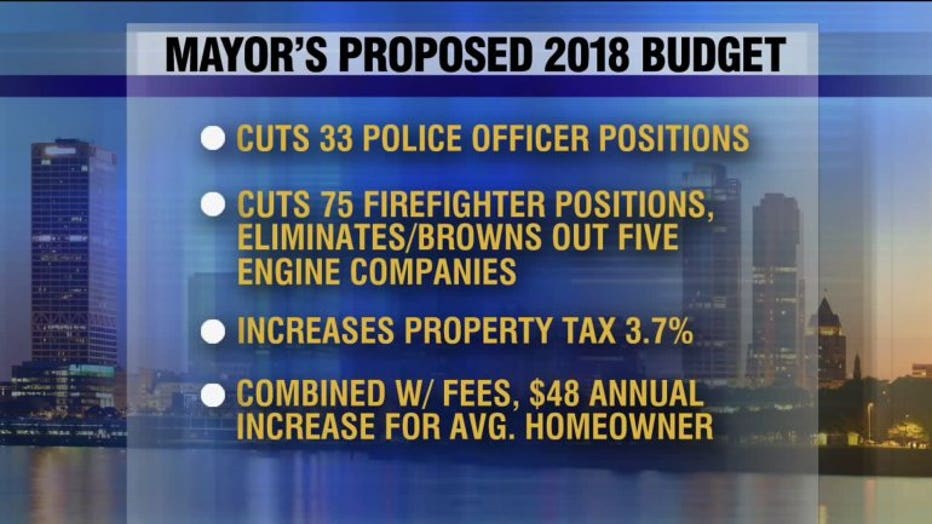 In one contentious moment, Alderman Robert Bauman proposed an amendment to add another $1.8 million to the property tax increase. It would save 15 firefighter jobs and one station. Bauman said he wants to save the station near 30th and Clybourn. Bauman was frustrated to hear Fire Chief Mark Rohlfing say he would use that money to keep the station near 13th and Reservoir open instead. 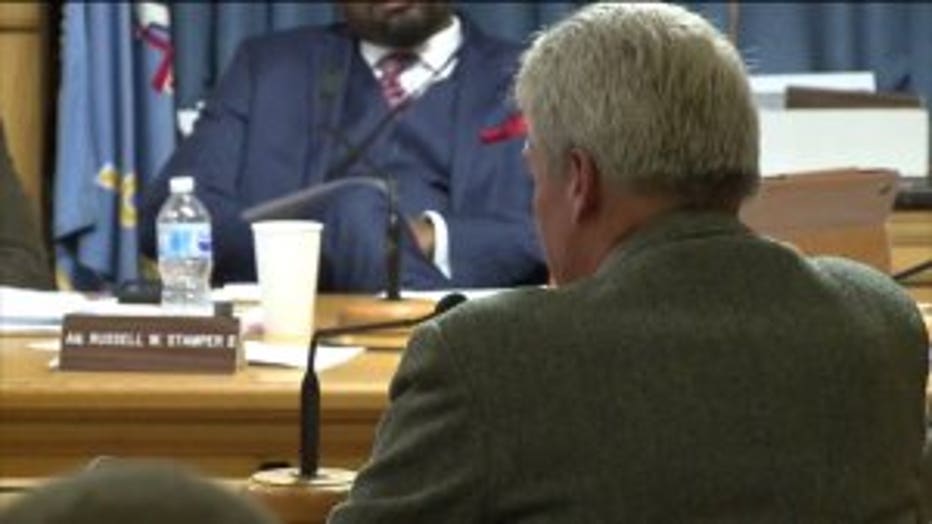 "Here we have a case where there's a specific budget amendment to restore a specific engine company," Bauman said, "The chief says, `You can pass it but I won't do it.'  So there you go, democracy thwarted." Rohlfing said if he had his way, he'd restore all over the shuttered stations but, if given the ability to only open one, would opt for the one most needed based on call data. "It's just in a very busy area," Rohlfing said, "You know, right there on West Reservoir Road, and we have a very high volume of calls in the northwest side of town." 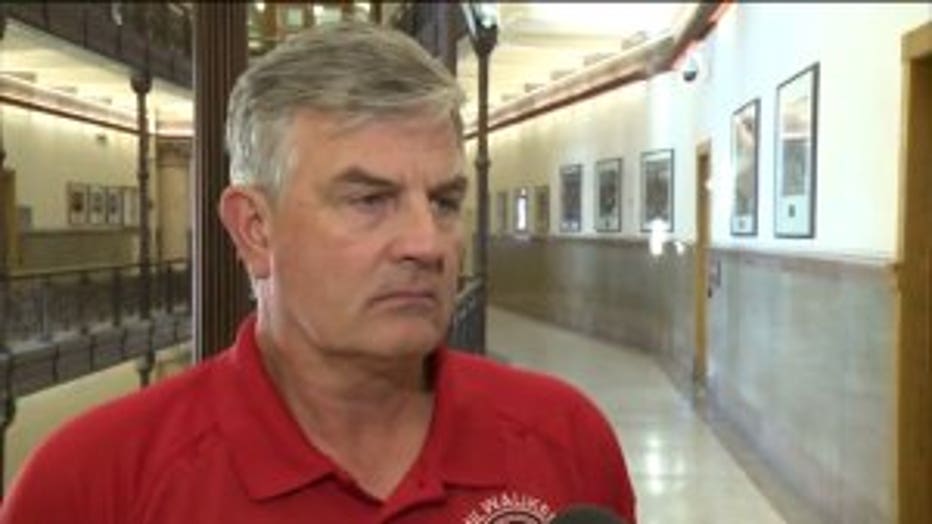 Instead, no one will get the money. The committee rejected the amendment altogether. Targeting the mayor In a trio of proposed amendments, Ald. Tony Zielinski proposed eliminating four, five, and nine positions in the mayor's office, respectively. Zielinski proposed transfering that money to the police department to fill some of the officer positions. "I believe these are positions in the mayor’s office, in my personal belief, that if you weigh these against the other positions that are being cut, I feel the police officer positions are more important," Zielinski said. Oscar Tovar, an assistant in the mayor's office, defended the positions Zielinski wanted to cut, which included a pair of assistant positions, as well as Barrett's housing policy director, and Tovar, a liaison for the mayor's office. "(Barrett) may not be filling all the positions- all the vacant positions – but he certainly is not laying off any members of your staffs or any department staffs," Tovar said. The committee voted unanimously against Zielinski's first proposal. The Bay View alderman then withdrew his other two amendments. The good news is... There was a silver lining Friday. An unexpected $1.1 million became available from the state in Local Street Aid. The finance committee approved a package that funds new neighborhood services inspectors, two risk managers for the fire and police commission, early childhood library services, street light repairs, and continued driver's ed for Milwaukee Public Schools students. 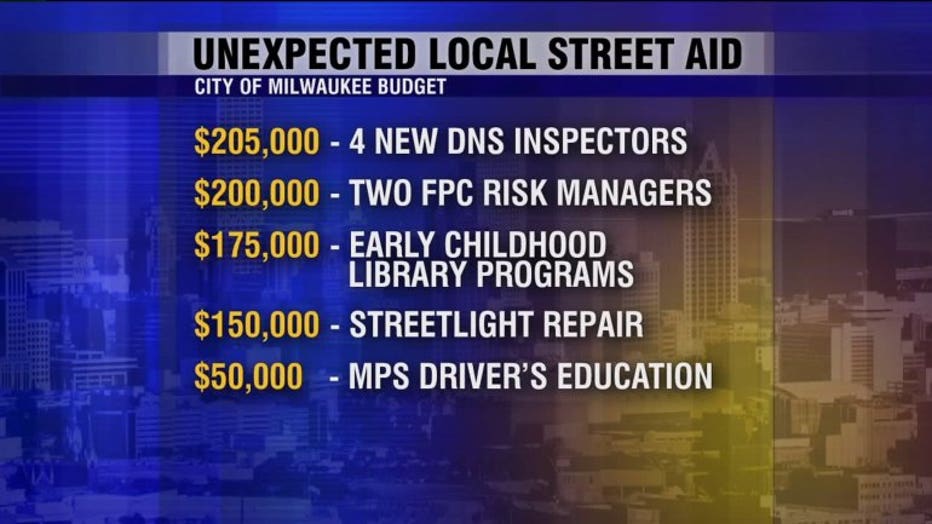 As of late Friday afternoon, the one change to the police budget was the committee's decision to remove funding for the currently-vacant Chief of Staff. Chief Ed Flynn told FOX6 the lost position is "nothing they can't handle." The full council is scheduled to vote on adopting the budget Friday, November 10th.