UNION GROVE -- Should a person convicted of selling marijuana be allowed to drive a school bus?  State regulations say no.  But the FOX6 Investigators found a bus driver who beat the law.

Kristy Loesch is a felon, convicted in 2004 of selling $50 dollars worth of marijuana to an undercover police informant.

“I don’t care if it’s $10 dollars worth of pot," Bunny Fergus, whose grandchildren attend the school for which Loesch drives a bus said.  "She shouldn’t be around children.”

According to state transportation regulations, a felony conviction for delivery of a controlled substance is supposed to ban Loesch from driving a school bus for life, but last month the FOX6 Investigators found her behind the wheel of bus number 47 in Union Grove.

"I wouldn`t allow my kid to ride the bus," the parent of another child said.

How is that possible?

“She has good lawyers or something,” Fergus said.

"It`s all about the opportunity for employment," Jill Kastner, an attorney for Legal Action of Wisconsin, which helps individuals overcome legal barriers to getting a job said.

Loesch’s barrier to employment was that 2004 felony conviction.

"A one time mistake," Kastner said.

It’s a mistake that Loesch failed to disclose in her application for a school bus license five years later. When asked if she’d ever been convicted of a crime, she checked “No.” The state granted her a license and she went on to work for S & J Bus Service in Waterford.

Two weeks later, the Wisconsin Department of Transportation discovered her drug conviction, and then sent her a letter, notifying her that her license was being canceled.

Loesch declined FOX6 News' request for an on camera interview, and so the attorneys at Legal Action of Wisconsin did the talking for her.

"There are a lot of people who have that one mistake from their youth,” Kastner said.

"She had a solid employment history," attorney Sheila Sullivan said.  "She`d proven herself responsible and there was a significant period of time that had passed."

They helped Loesch fight to get her job back, arguing in court that she was denied “due process” when the DOT cancelled her license without a hearing.

"You couldn't even come in and say, `Let me explain how I've changed,'" Sullivan adds.  "'Let me explain why I`m a safe person. Let me show you my long history of working with kids in schools.'"

Legal Action took the case all the way to the Wisconsin Court of Appeals, challenging the state’s official list of disqualifying crimes for bus drivers.

"They went beyond what the Legislature had done," Kastner said.

State lawmakers created the original list in 2003, which contained roughly 40 offenses with bans of up to five years. The DOT then expanded that list to more than 100 crimes, including at least 60 that result in a lifetime ban.

"When you start talking about forever for something that might have happened when you were 16, 18, 19... that starts to be a clear problem," Sullivan said.

Among the lifetime bans are a series of drug-related crimes, which they described as being "unrelated to the safety of children."

"Oh, it very clearly relates!" Senator Mary Lazich counters.  "I don`t know that that`s in the best interests of society having transporting our vulnerable children."

Rosa Macias, a Union Grove parent, also thinks drug-related crimes are a concern in a job where the worker has contact with children. "Who's gonna guarantee me that this person isn't going to offer the drugs to the kids?"

Loesch’s lawyers argued on appeal that the DOT’s "laundry list of offenses... changed the intent of the Legislature."

Once again, Lazich disagrees. "The intent was to give DOT broad authority," Lazich said.

The New Berlin Republican teamed up with Milwaukee Democrat Peggy Krusick in writing the original bill.

"There was overwhelming concern for safeguarding our children being transported to school," Krusick says.

They both say the DOT did exactly what it was authorized to do. It all boils down to one fundamental question: Should a person convicted of a felony for selling marijuana be banned from driving a school bus for life, as the law says?  Or should they be given a second chance? 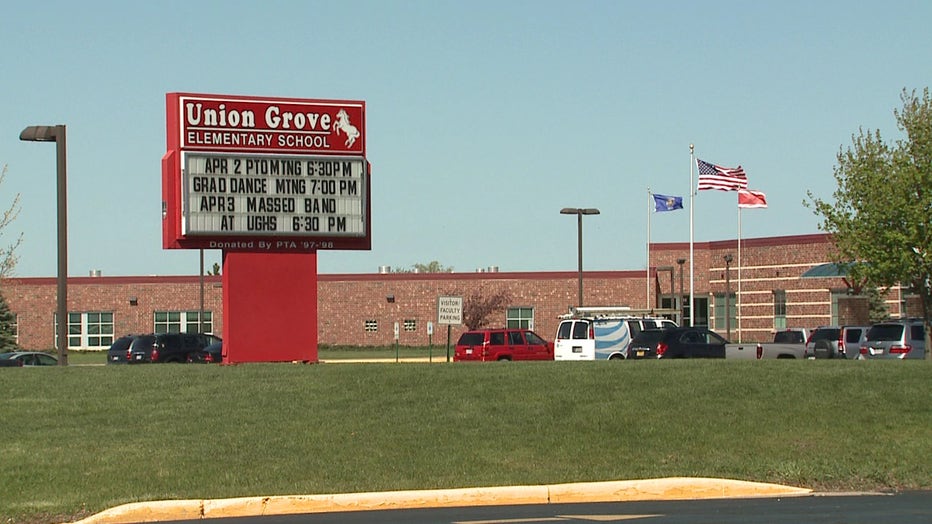 "I just think, period, she should not be allowed to be around children," Fergus said.

Legal Action points out that Loesch was 23 when she was convicted of selling marijuana. It was the first time she’d ever been arrested, and she hasn’t been in trouble since.

"Well then I think she might be alright," another Union Grove parent said.

We may never know if Loesch would’ve won her case. In July of 2010, she voluntarily dropped it in exchange for an out-of-court settlement that allowed her to undergo a special review of her fitness to drive a school bus. Based on that review, the department determined that she "no longer posed any risk of harm."

Loesch got her license and her job back. Not everyone in Union Grove is happy to hear that.

"Operating a school bus, in particular with children, is a step above the normal operation of a vehicle," one Union Grove parent said. "I just think those people who should be held to a higher standard."

Kristy Loesch is still working for S&J bus service, which is aware of her prior conviction.  The company's owner tells FOX6 she's a good driver, but otherwise declined to comment.

The district administrator for Union Grove Elementary School, Brenda Stevenson, says she was not aware of Loesch's criminal conviction until we brought it to her attention.  Since learning of our investigation, she has instructed S&J bus service to take Loesch off of the school's special education route while she conducts an internal investigation.

Meanwhile, the state list of disqualifying crimes remains in effect.  That means that any other person convicted of selling marijuana - or other drugs - would be banned from driving a school bus for life.

Because of Loesch's case, the Wisconsin DOT has agreed to pursue rule changes that would allow individuals with certain types of criminal convictions to request a "rehabilitation review" hearing after a period of years.  However, an attorney for the DOT tells FOX6 Investigators that rule-making process could take years to complete.