If you’ve walked around a decent-sized city in the past few years, you may have seen someone whiz by on an electric scooter. Or maybe you’ve ridden one yourself. E-scooters, as they’re called, are battery-powered and can travel up to a speedy 15 mph, which is what’s accelerating is their popularity. But with all that convenience comes a serious question: Are e-scooters safe? A Consumer Reports investigation found that serious e-scooter injuries are happening all too frequently.

Consumer Reports contacted hospitals, municipal agencies, and universities in 47 cities where at least one of the major ride-sharing e-scooter companies, Bird or Lime, operates. 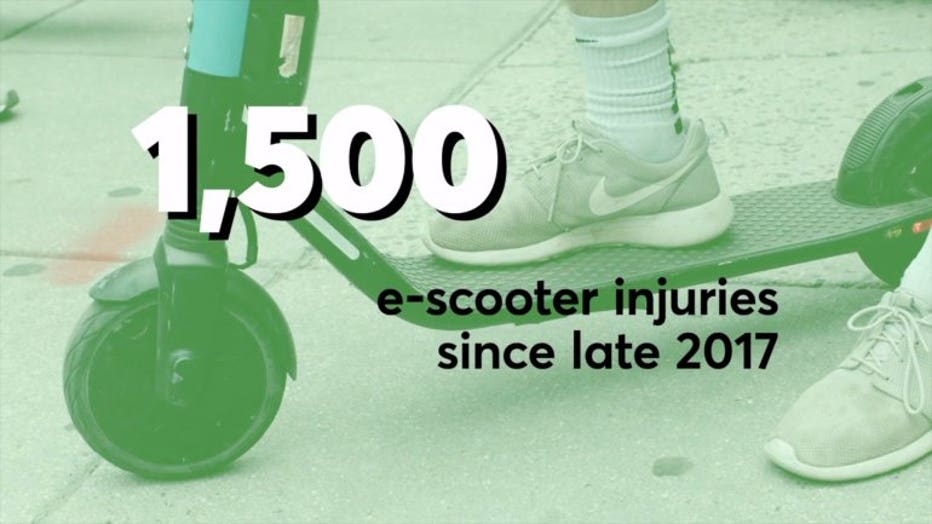 After a careful examination of the data, Consumer Reports estimated that 1,500 people across the U.S. had been injured in an accident related to an e-scooter since late 2017.

Consumer Reports talked to several doctors at trauma centers who said they had been treating serious injuries related to e-scooters. They had seen broken bones and even brain injuries.

According to a recent Consumer Reports national survey, more than half of electric scooter riders in the country never wear a helmet.

Lime and Bird say that safety is paramount and that they’re eager to work with cities to safely deploy scooters.

But many cities don’t have safety requirements, including those for helmets, for these ride- sharing programs or laws about where people can ride e-scooters, which is why you have to be vigilant about your safety. 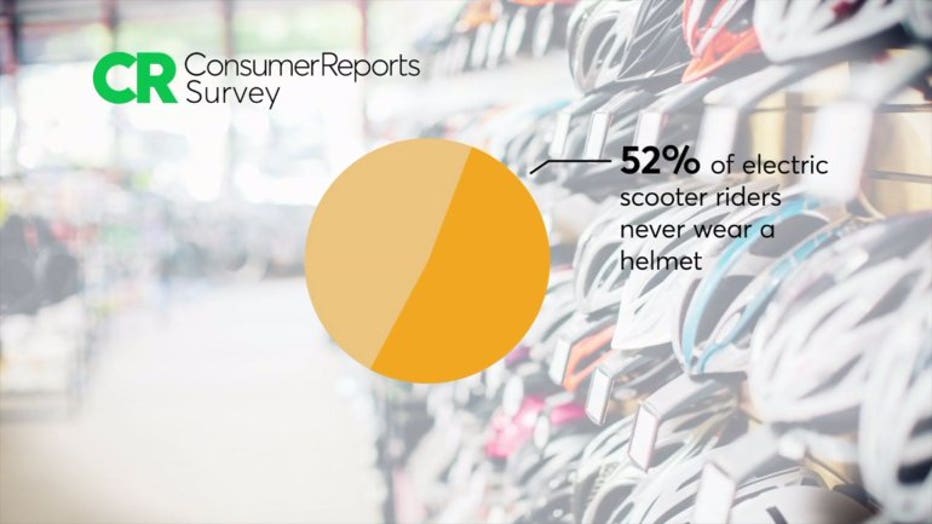 The Centers for Disease Control and Prevention and the health department in the city of Austin, Texas, have added to the growing research about e-scooters. A study they did found that only 1 of the 190 injured riders who were interviewed reported wearing a helmet.