LOS ANGELES -- A construction worker on his second day on the job died after falling from the 53rd floor of the Wilshire Grand Center tower and landing on a passing car in downtown Los Angeles early Thursday afternoon, March 17th.

The worker who was killed was an electrician, the owner of the construction management company said. He was not immediately identified as officials worked to notify his family.

The building the worker fell from is currently under construction. It will one day be the tallest building west of the Mississippi. 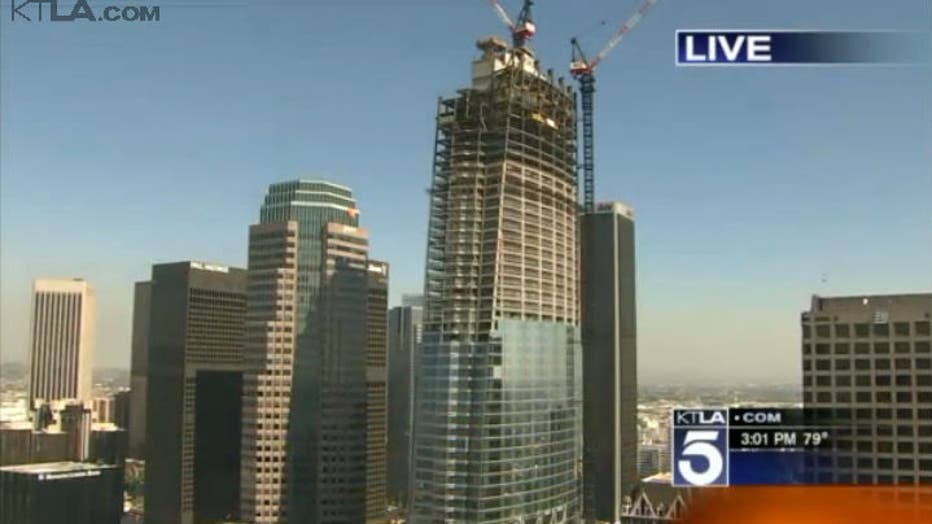 His body landed on a car. A woman was inside.

The worker was pronounced dead at the scene.

The female driver of the white hatchback he fell onto, which appeared to have out-of-state plates, was being evaluated at the scene. The worker's body landed on the back end of the car. 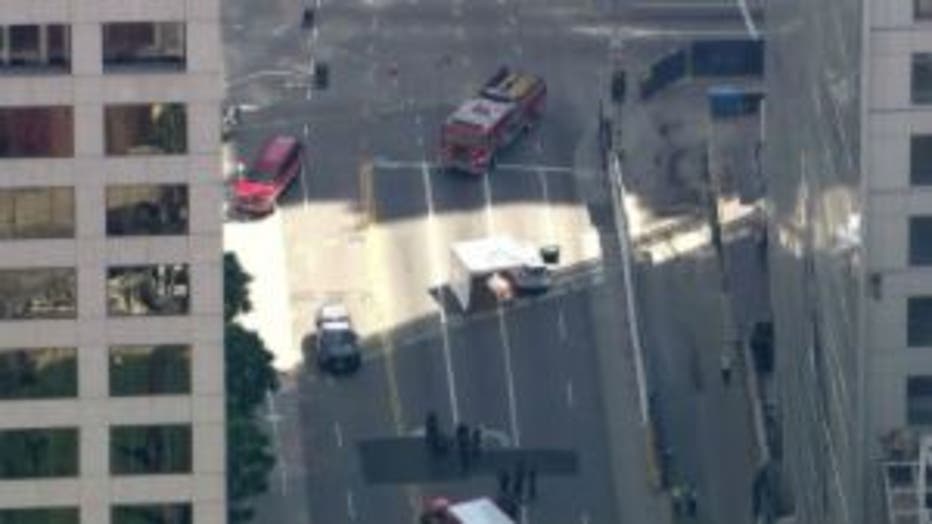 A Los Angeles Times staff photographer was on assignment on the building’s 71st floor when he heard a loud thump and saw the man's body below, the newspaper reported.

"It sounded like a bag of cement fell off the edge of the building," photographer Mel Melcon said.

Authorities had not immediately determined what caused the man to fall from the 1,100-foot tall skyscraper, which had just "topped out" four days earlier at 73 stories.

The structure, when completed, will overtake the U.S. Bank Tower as the tallest building west of the Mississippi River.

Work on the building been going on for about three years, with 891 men and women employed on site.