MILWAUKEE COUNTY (WITI) -- A doctor's report has been ordered for a 44-year-old Brown Deer woman accused of stabbing her own children over $20.

Deneice Luckett appeared in court in Milwaukee County on Monday, September 29th for a status hearing. During that hearing, Luckett's attorney informed the court that he doesn't believe Luckett is competent to proceed in the legal case against her. 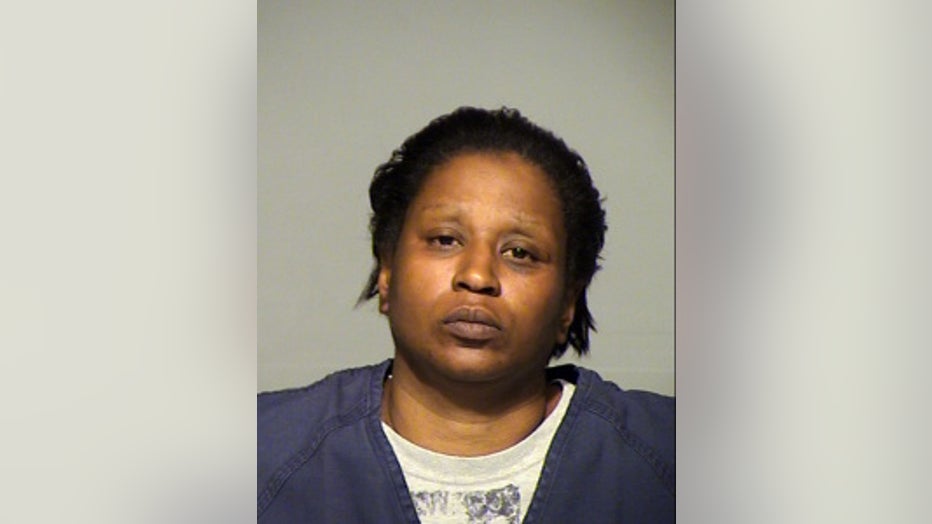 Luckett entered a plea of not guilty by reason of mental disease or defect -- and a competency evaluation was ordered.

The case against Luckett has been adjourned until November 6th, when a doctor's report is set to be returned.

Luckett faces the following charges in the case:

“A little bit after midnight there were two 911 calls received at the dispatch center reporting that the caller had been stabbed and he indicated his mother`s the one who had stabbed them,”  Lieutenant Lisa Kumbier with the Brown Deer Police Department said.

Brown Deer police on Friday, July 25th responded to a 911 call at a residence in the 8000 block of North 67th Street in the Village of Brown Deer for reports of a stabbing. The suspect was the caller’s mother, who had already fled the scene on foot.

The criminal complaint filed against Luckett says the 911 caller, Luckett’s 16-year-old son, told a dispatcher he needed police and medical assistance immediately — saying “we are dripping blood all over the house.”

Upon arrival, officers found two victims, an 18-year-old and the 16-year-old.

“There was a struggle, and then mom left — ran to the kitchen and came back with a knife. There was a stab wound to the leg area and the other victim had some cuts to his head and face area,” Kumbier said.

The criminal complaint against Luckett says the 18-year-old boy was rushed into surgery immediately upon his arrival at Children’s Hospital — as a vein in his leg had been severed during the stabbing.

The complaint says the 16-year-old boy was interviewed by investigators as he received medical treatment at Children’s Hospital.

The complaint says that boy told police that around 11:00 p.m. on Thursday, July 24th, the 18-year-old had spoken with his mother over the telephone. The conversation dealt with $20 that was missing from the 18-year-old’s bedroom dresser.

The complaint says Luckett picked up a ceramic cup and threw it at the 16-year-old boy — striking him in the head.

The complaint says Luckett pulled the 18-year-old out of the room, but he returned to make sure the 16-year-old was okay.

Luckett was later located in the City of Milwaukee and was taken into custody.

The complaint against Luckett says the 16-year-old required a total of 15 stitches to close two lacerations on his head. The 18-year-old sustained a three-inch stab wound to his left calf, which severed a vein.

When the 18-year-old returned home, the complaint says he checked his dresser and discovered his $20 was missing.

That’s when he confronted Luckett about the money — according to the complaint.

The complaint says Luckett had recently returned from Arizona in June of 2014. Her sister is the legal guardian of the 18-year-old and 16-year-old.