MILWAUKEE - On the city’s south side, community members gathered in Mitchell Park Monday, April 19 to rally in support of Joel Acevedo's family. Some said they don't know the Acevedo family personally but felt strongly about showing support.

One year after Acevedo was found unconscious at former off-duty Milwaukee police officer Michael Mattioli's home, community members came together to remember the 25-year-old. Prosecutors say on April 19, 2020 Mattioli held Acevedo in a chokehold following an altercation. Acevedo died from his injuries at Aurora St. Luke's Medical Center on April 25, 2020.

"The least they can do is get justice for their son because they’re never going to get him back. I don't know what I would do if I lost my son," Elizabeth Ramirez said.

Ramirez said she and a group of moms painted signs to show their support.

"As families, we're here to support because family was everything to him, so we want him to know that Milwaukee is his family, too," she said. 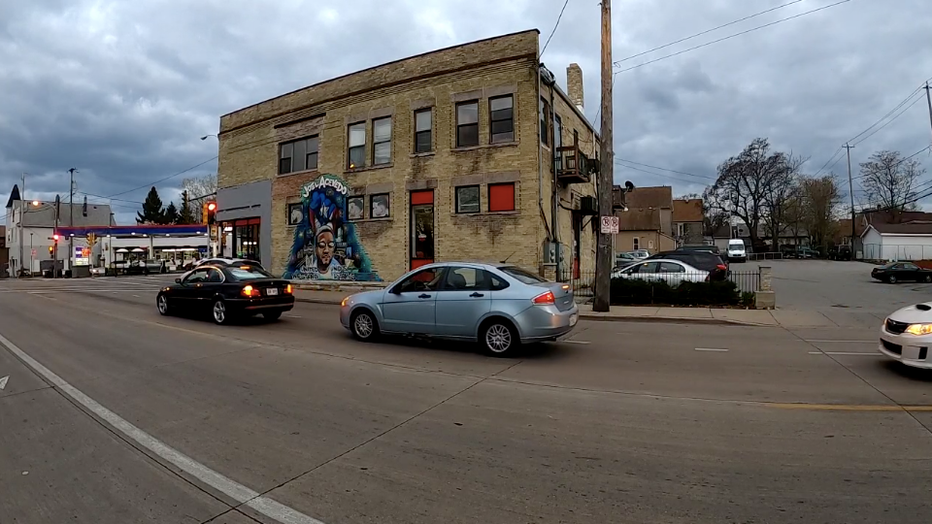 Caravan of cars travels to Acevedo mural on 6th and Greenfield

The group then traveled in a caravan of cars to 6th and Greenfield, where a mural of Acevedo rests. The sounds of honking served as a reminder of a life lost.

"This case would have just been swept under the rug if it weren't for the movement, so it's really important that we're all here and we're demanding justice because direct action works," said Omar Flores.

Flores, an activist with Milwaukee Alliance Against Racist and Political Repression, said he plans to keep his eyes on this case -- no matter how long that takes. 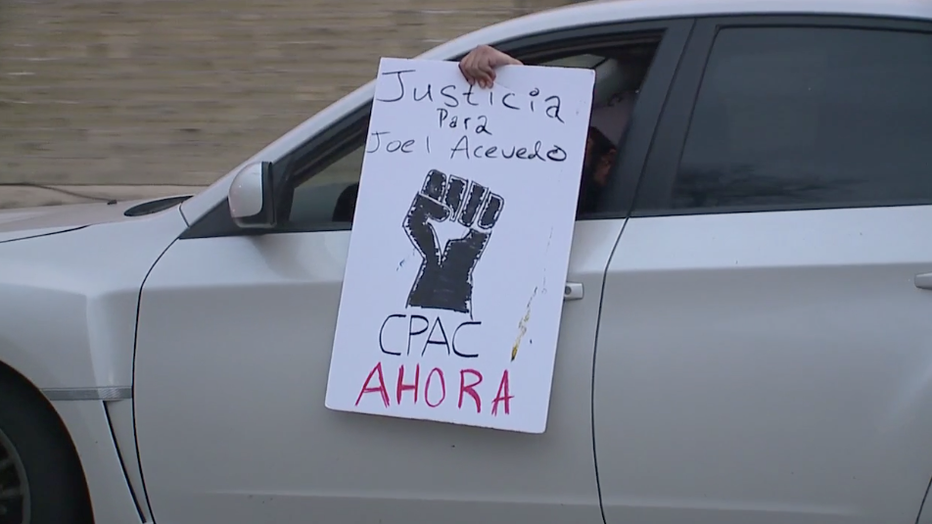 Community members in attendance said they want the body camera video from responding officers to be released, something the Acevedo family has been calling for since the very beginning.

Flores is also calling for a Civilian Police Accountability Council (CPAC) to be created in Milwaukee.

Family pleads for answers a year after Joel Acevedo chokehold

A fight for justice continues. It has been one year since an altercation at a former Milwaukee police officer's home ended with one man dead.