MILWAUKEE -- Community gatherings to mourn the lives lost in a deadly Pittsburgh synagogue shooting will take place in Milwaukee.

A shooter opened fire during a baby naming ceremony at the synagogue on Saturday, Oct. 27 killing 11 people. At least six other people were wounded, including four police officers who dashed to the scene, authorities said.

Dobie Thaler, Co-Director at the University of Wisconsin-Milwaukee's Rohr Chabad Jewish Student Center, is in Pittsburgh now, celebrating the Bat Mitzvah of her younger sister, and was blocks away from where the shooting took place. 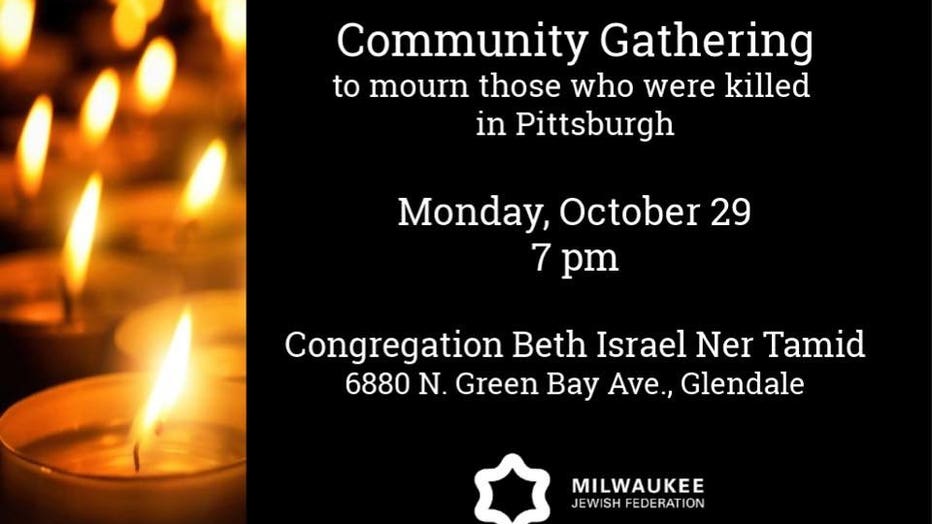 The suspected gunman in the shooting, Robert Browers, has been charged with obstructing the exercise of religious beliefs resulting in death.