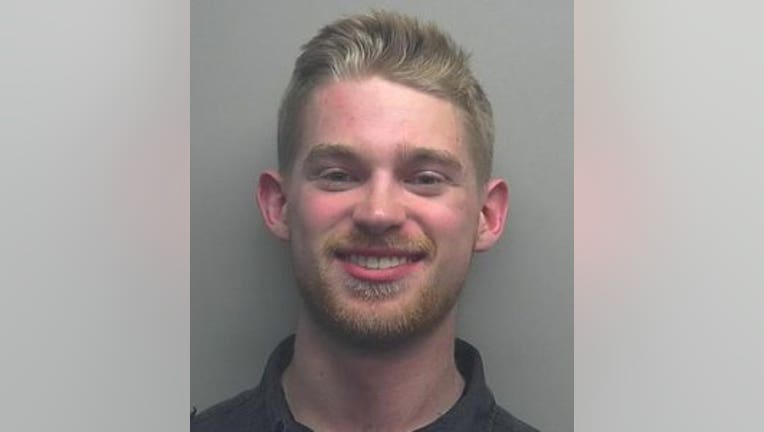 SHEBOYGAN -- A 22-year-old Oostburg man is accused of making a terrorist threat on social media. The accused is Aaron Mauer -- and he faces the following criminal counts:

According to the criminal complaint, a friend of Mauer's called authorities after Mauer "posted a photo on the Defendant's Snapchat story line." The photo shot Mauer "wearing a long trench coat and a mask, holding an AR-15, with the caption, 'Coming to a school near you.'" The friend told investigators "he had never seen the Defendant exhibit behavior like this before, but that the Defendant had just returned from deployment overseas."

A deputy made contact with Mauer who "was dressed in a long black trench coat, combat boots and a mask. When asked about the Snapchat story post, the Defendant admitted he posted the photograph, but said it was a joke and went with his Halloween costume. When asked what his costume was, the Defendant said he wasn't sure."

The complaint indicates Mauer "directed a friend of his to take the picture" and "admitted that the AR-15 in the photograph was, in fact, real."

When the deputy explained the gravity of the situation, the complaint says Mauer "seems to laugh and not take it seriously, even when told his actions constitute a felony."

If convicted on the terrorist threats charge, Mauer faces up to three-and-a-half years in prison and $10,000 in fines. Mauer is expected back in court on Wednesday, Nov. 6 for a preliminary hearing.