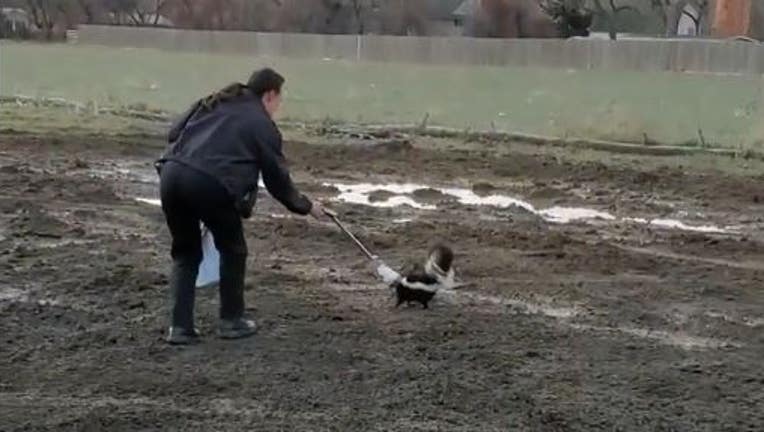 DENVER - One brave Colorado police officer approached a skunk in need on April 26.

The helpless animal had a Chick-fil-A milkshake cup stuck on its head. The Arvada Police Department posted a video on social media of the poor animal walking around blindly in a muddy field.

Lucky for the skunk, one of the officers happened to have a litter picker on hand. They removed the cup from the skunk’s head just as the animal put its tail up, not realizing what was happening.

The skunk scampered away unharmed and luckily for the officer, the discarded milkshake cup was the only mess that needed to be cleaned up.

"The Chick-fil-A milkshake cup came off easily and the healthy skunk rambled off into a culvert to sleep off his sugar rush," police wrote on Twitter.